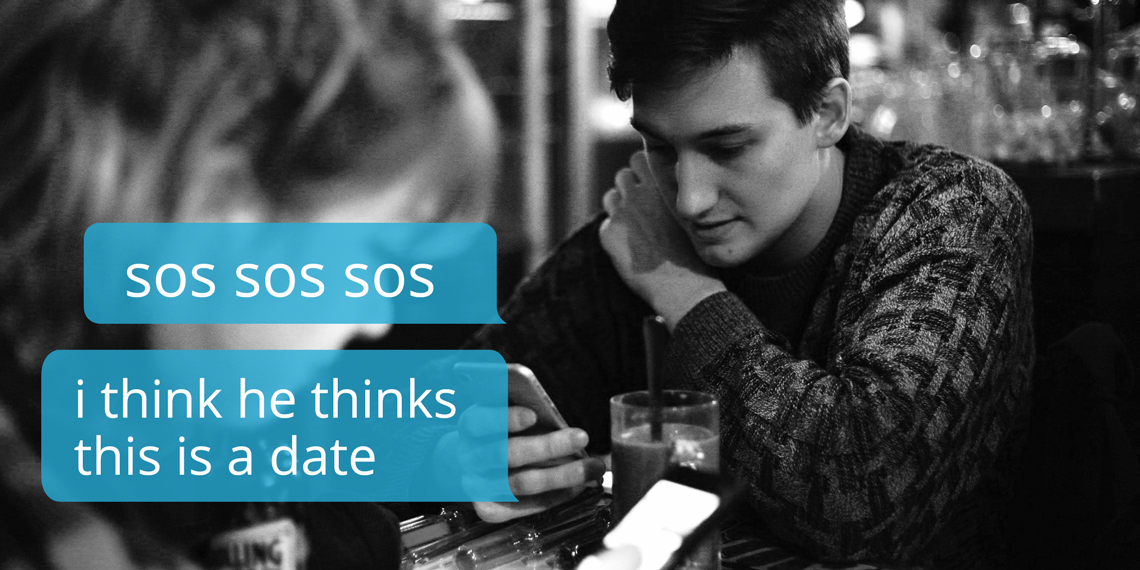 How Do I Deal With A Friend Who Has Feelings For Me? Ask A Pro

You absolutely do not have to worry about Head Pro trying to kiss you the next morning. Send him your questions about life and love to [email protected], and follow his bad posts on Twitter & Insta at @betchesheadpro.

I did something so stupid this weekend: I told a guy friend I “really like him” when I don’t. I was so drunk, and I don’t know what compelled me to say that. I sort of thought he had a thing for me, and I was again, so drunk, but I’m not attracted to him or interested, like at all. BUT he said he liked me too and slept over but we didn’t do anything, and he tried to kiss me when he left in the morning.

I feel so bad. I messed up and I just hope that he doesn’t actually care that much, but he’s like sensitive and a romantic and I’m afraid he might. Okay and possibly making things even worse, one of his friends like broke my heart a while ago and this guy was like, very much in my corner. So, like, this feels like a super sh*tty way to treat him.

No idea what to do now. I mean I think there are only a few possibilities really: (1) Basically ghost: make excuses to avoid hanging out, reply to his texts less, and wait for it all to go away,  (2) Ignore the problem: act like I never said anything, act normal next time he’s around, and hope he never tries to bring it up, and (3) Talk about it: I could tell him I’m really not interested in dating anyone right now, I don’t want to be anything more than friends, I’m sorry I said anything. But like how do you even start that conversation? Is he going to think I’m a total b*tch? Is there anything I can do to make it go better? What do I do? How bad is this whole situation? Am I the worst?

I know I’m the worst

p.s. obviously, this isn’t about me, but I also don’t want all our friends to think I suck. Is there a way to do the right thing and also not come out looking too bad?

Yes, you are the worst. But so is he! You’re a big, intertwined mass of worst-ness, writhing its way around frosé gardens all across our fair nation. But he may be the worst even more, come to think of it.

Look, of course telling someone you’re really into them when that is not actually the case is dumb and bad. But so is harboring feelings for someone under the guise of “friendship,” hoping that your proximity would eventually lead to romantic interest on his part. As I have said many times, that’s not a friend. That’s just a guy who wanted to f*ck you but was too chickensh*t to ask.

(Note to any Nice Guy types reading this: It should not be lost on you that this is literally the ONLY time this dream scenario has ever actually played out the way you hoped it would, and it turned out to be fake. I mean it will be lost on you because you’re the kind of guy who collects ninja swords, but it shouldn’t be.)

Back to you, the fact remains that you professed your fake feelings to the worst possible recipient, and it’s up to you to rectify that. I think option 3 is the way to go because the others only create uncertainty and uncertainty is what feeds guys like this. Tell him the deal (the words you used sound good to me) and set him straight as soon as possible.

It will be painful, sure, but it does two things: One, it hopefully dispels any building romantic notions he may have had. Two (and more importantly), it gives him a chance to save face. It’s super critical that he has a chance to say, “Yeah, same here, just got caught up in the moment,” because otherwise, he’ll look like a fool. That’s when guys like him start telling women to off themselves on Twitter and sh*t.

You absolutely do not have to worry about Head Pro trying to kiss you the next morning. Send him your questions about life and love to [email protected], and follow his bad posts on Twitter & Insta at @betchesheadpro.