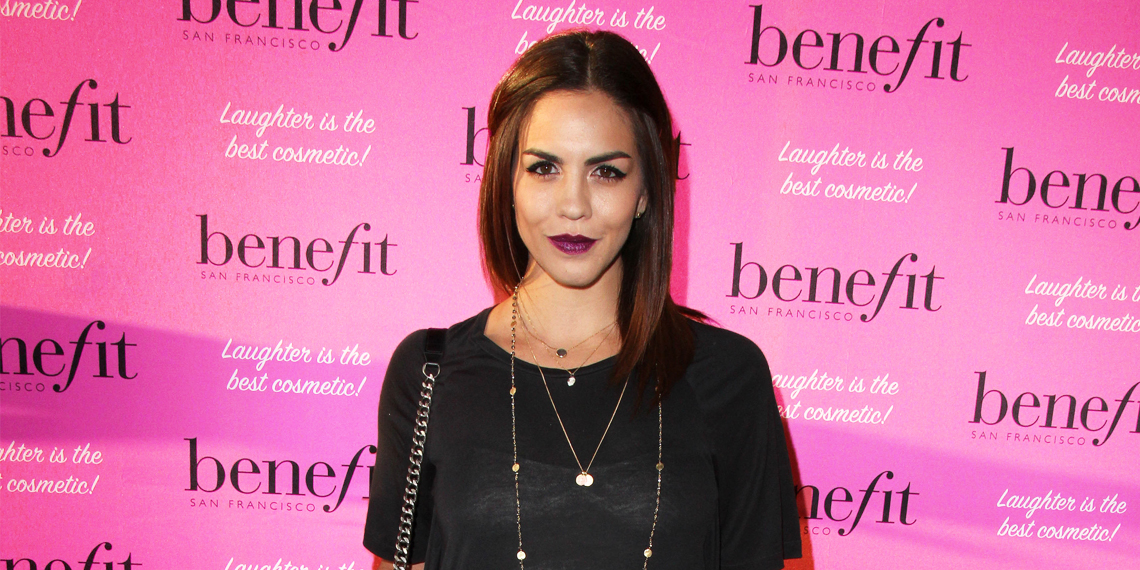 How Did Katie Maloney Fall Through A Skylight? Here’s What You Need To Know About Her Accident

Lisa Vanderpump says a lot of things that make me gasp, like “look at my new Rolls-Royce” and “I’m not going to fire Jax,” but this Monday night, she took it to a whole other level. While we viewers were busy marveling at Katie’s composure when faced with a short asshole calling her fat adversity, Lisa dropped another bomb: in 2009, Katie Maloney fell through a plate-glass window and nearly died.

Specifically, she fell through a skylight, which is still dramatic AF, but begs a few questions, like how many shots deep was she? was it a very clean skylight? HOW DID SHE FALL THROUGH A SKYLIGHT? (And also, like, how did she survive, but that’s kind of less pressing.) Unfortunately, news coverage is really light on the moments leading up to this historic fall, but here’s what we do know.

November 9, 2009: Katie has just started working at SUR. She falls through a skylight at a party and drops three floors (25 feet), breaking her jaw and collarbone, losing some teeth, and suffering a small brain injury. She does say in an old Instagram post that she “doesn’t remember falling”, yikes. Katie gets her jaw wired shut and a crazy scar on her face, which a plastic surgeon offers to remove. She refuses, saying the following in an interview: “I like my scar. It gives me character and it’s a badge of honor. I went through something crazy, but I’m still here.”

Update: We dug up this year-old podcast interview where Katie talks about the moments leading up to the accident.

She says she went to the house of a guy she was hooking up with where they “were playing Monopoly, eating cookies and chilling.” Then, she says, “My friend Johnny had a Canon camera, and we were like, ‘we should go to the roof and take some pictures of the skyline, and like practice with overexposure, some light trails and all that.'”
So they went up to the roof, Katie says, where there were some big skylights—at least six feet by three feet, she estimates. The skylights were right above the staircase, so Katie said, “Oh let’s see if we could get some light coming from underneath and see what kind of pictures we could take.'” Now, to give you a picture, these skylights were supposedly dome shaped and kind of dented in on the side—not a flat rectangle. Katie says she told her friend to sit on the edge of the skylight, “And then I kind of straddled him more or less and was taking pictures of him… and I was like, ‘oh shit, if this broke…’ and that’s the last thing I remember saying.”
Life Lesson: Don’t help your friends with their shitty photography.

Because Katie is secretly the most mature and conscientious person on this show (seriously, she handled Kevin Lee so well—Stassi would have burned SUR to the ground before finishing her shift), she reached out to Lisa shortly after her accident. Lisa fondly recalls how “ was so concerned for job,” since Katie didn’t yet understand that falling through a plate glass window is well within the bounds of mayhem Lisa expects from her servers. Tom Schwartz has taken to celebrating November 9 every year, by posting cute shit like the tweet below and celebrating his badass wife. Honestly, between Schwartz roasting Scheana for her nails and Katie’s supernatural abilities to both not get mad at her husband and survive accidents like this, the couple has done an effective job of softening my hatred for them. It’s amazing what a year of not watching them plan a wedding can do for you.

On this day 6 years ago @MusicKillsKate almost lost her life. Today, we celebrate her life! Show her some ❤️ today pic.twitter.com/qLXByke6G4

To sum up, Katie had a horrific fall eight years ago—although we don’t know exactly how it happened, so we’ll all just have to use our imaginations—and she channeled that emotion into a powerful message on this week’s episode. When Kevin Lee told her she’d “gained weight” and “needed to work on it,” she changed the conversation by talking about her accident, and what it taught her about her own strength and resilience. Despite Bravo’s unfortunate choice to cut in video evidence of Katie at the gym (which was never the point), Katie understands that her body is a gift, not a point of discussion. Due to the perspective she’s gained from this trauma, Katie can respond to horrific commentary like Kevin’s not by spiraling into self-doubt, but by asking the only real question: Why did he feel comfortable saying that? Because honestly Kevin, until your body regenerates after slamming through a plate-glass window (and even then), I don’t know why you think your opinion is worth saying out loud.