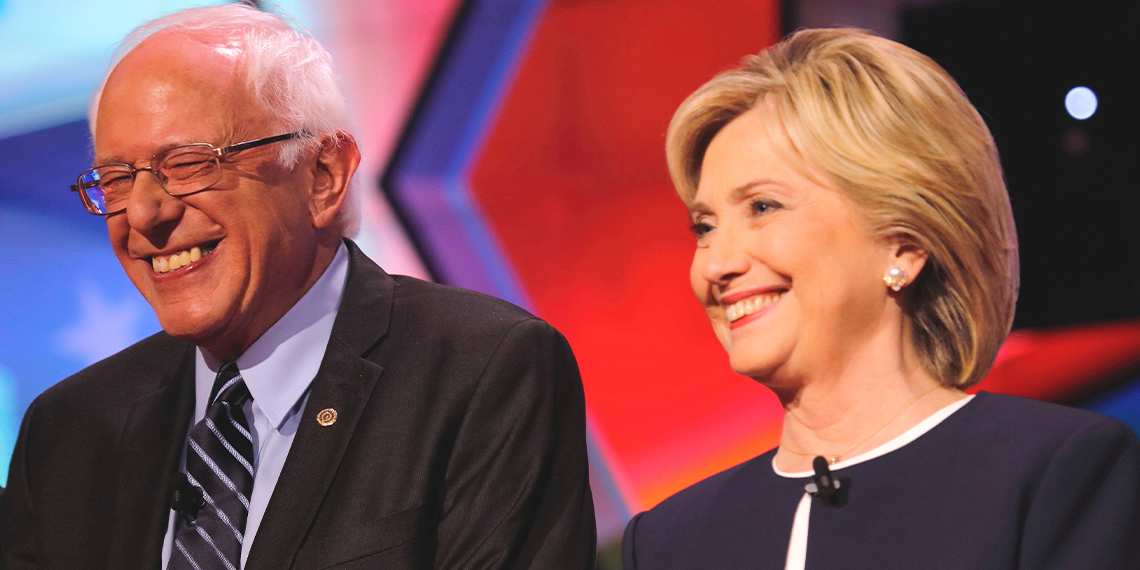 Sometimes the news is just gossip, and that’s okay. (Is it though?) Today everyone online is poppin’ off about a recent interview with Hillary Clinton in the Hollywood Reporter where ya girl talks some serious sh*t about Bernie Sanders. The interview covers an upcoming docuseries set to premiere on Hulu, entitled “Hillary,” which gives an inside look at Clinton’s life. Apparently she doesn’t hold anything back, because when asked about Senator Sanders, Clinton says, “Nobody likes him.” Yikes.

The quote comes from a point in the doc when Clinton is going on Sanders as a politician.

“He was in Congress for years. He had one senator support him. Nobody likes him, nobody wants to work with him, he got nothing done. He was a career politician. It’s all just baloney and I feel so bad that people got sucked into it.”

When asked by the Hollywood Reporter’s Lacey Rose if this assessment holds true, Clinton responded that it did. Damn, tell us how you really feel, Hill.

And it didn’t end there! When asked if she would endorse Sanders, Clinton wouldn’t say that she would, which is pretty cold considering he endorsed and campaigned for her after losing to her in the 2016 primary. Clinton also had some sh*t to talk about Bernie’s followers and the culture around them that she believes he supports:

“I will say, however, that it’s not only him, it’s the culture around him. It’s his leadership team. It’s his prominent supporters. It’s his online Bernie Bros and their relentless attacks on lots of his competitors, particularly the women. And I really hope people are paying attention to that because it should be worrisome that he has permitted this culture — not only permitted, seems to really be very much supporting it. And I don’t think we want to go down that road again where you campaign by insult and attack and maybe you try to get some distance from it, but you either don’t know what your campaign and supporters are doing or you’re just giving them a wink and you want them to go after Kamala or after Elizabeth . I think that that’s a pattern that people should take into account when they make their decisions.”

Looks like Hill is *not* a fan of Bernie Bros.

All of this seems like a lot of negative energy to spend on trashing a Democratic candidate who is doing well in the polls right now. However things may have gone down — and again, Bernie campaigned for her — the fact of the matter is that Hillary Clinton and Bernie Sanders are no longer running against each other. His supporters were not nice to her at times, nor hers to his, and that sucks, but maybe it’s time to move past it all?

After all, we have an election to win.