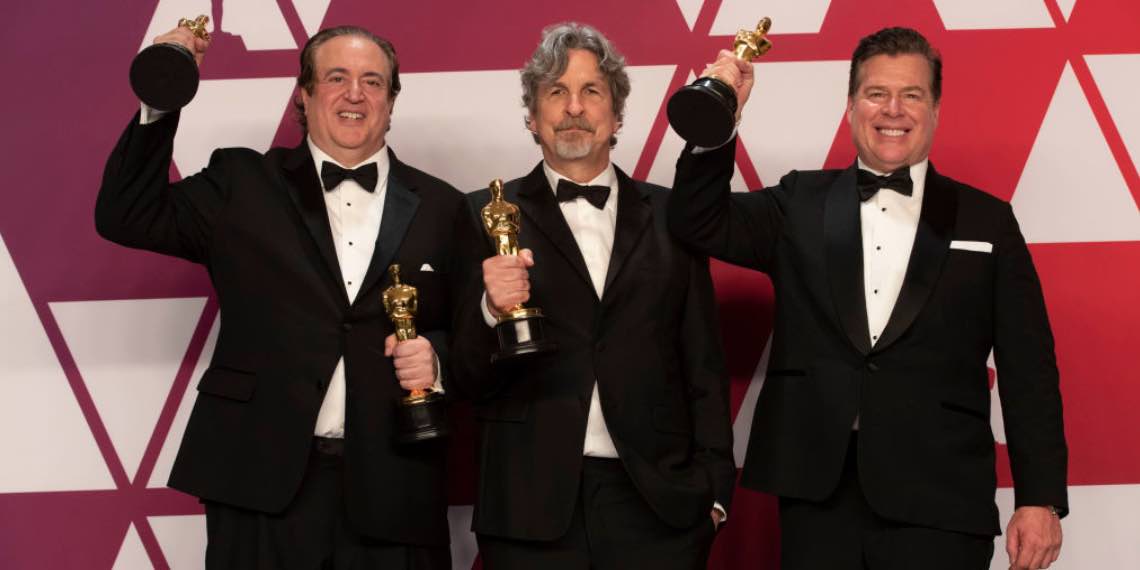 Last night was, as Tina Fey so aptly put it, the “1 millionth Academy Awards.” And before I dive into all the things I hate about Peter Farrelly, I want to reflect on the actual show. Before watching, I’d been planning on writing a piece on how little people cared about the Oscars this year. From the host drama to the onslaught of white male nominees, the Oscars have been more exhausting than exciting, and I was ready to declare the whole thing cancelled. Honestly, though, I had fewer complaints about last night’s show than I expected. Yeah, it was still boring—but this year, at least it seemed like they were trying to appeal to people below the age of 85. And it didn’t hurt that it was peppered with wins I actually agreed with (Ruth Carter! Olivia Colman!), plus a Gaga-Cooper thirst fest for the ages.

By the end of the night, though, my one complaint about the evening was crystal clear. Peter Farrelly, director of Green Book, standing on that mother*cking stage with a Best Picture award yelling about “the truth about who we are.” Well, since he’s so passionate on that point—I’d like to share with you the truth about who he is, in all his d*ck-flashing, sexist glory. (Sorry gang, I know it’s early on a Monday to be reading about d*ck-flashing. Here’s another Gaga meme to make up for it.)

Let’s start simple: with Peter Farrelly’s IMDb. Before winning Best Picture last night, Farrelly directed fine feature films like Dumb and Dumber, Dumb and Dumber To, There’s Something About Mary, Fever Pitch, Hall Pass, The Heartbreak Kid, and Shallow Hal. I list all these movies to show you that I’m not just cherry-picking bad examples from an otherwise illustrious career: as far as I can tell, Green Book is among Farrelly’s very first forays outside of the “gross dude humor” genre. To illustrate my point: the movie you’re most likely to have seen from this list is There’s Something About Mary, and you probably remember it as “that movie where Cameron Diaz puts jizz in her hair.”

Now, it’s not just that I take issue with gross dude humor generally—I’m sure there’s a time and place for it. (Somewhere! Just far away from me.) But Green Book tells a true story, which means there are people who can (and did) object to how they are represented. The story, for those of you who don’t know, is that of a white man driving a black musician through the American South in the ‘60s. (I’m paraphrasing obviously, but TL;DR, racism ensues.) And you would kind of hope that the director telling this story would have demonstrated things like sensitivity, empathy, or real human curiosity with his body of work. Instead, we have the director responsible for Shallow Hal. (Not totally unrelated side note: In 2018, Amy Schumer was criticized for her movie I Feel Pretty—because people said it was too much like Shallow Hal. But sure, let’s give that director an Oscar.)

Moving on to the really fun stuff, by which I of course mean accusations of sexual harassment. A few months back, The Cut uncovered articles from 1998 detailing Farrelly’s penchant for tricking people into looking at his penis on set. Newsweek describes the brothers’ teamwork here (yes, sadly there are two of them, and they used to harass people together!):

Bobby, 40, is the straight man, all innocence as he lays the trap. Then Peter—lankier, edgier and a year older—delivers the coup de grace. You may think you’re going to be examining a mysterious blotch on Peter’s torso, or checking out his new watchband. The reality is a good deal more shocking.

Ha! Ha! How FUNNY! To think you’re leaning in to see a new watchband (a request I would already refuse!) and then to have a PENIS thrust in your face. Truly, you can see the comedic genius that brought Shallow Hal to life in the way this man lives his life—every moment is a canvas, waiting to be painted with a d*ck joke at a woman’s expense.

Should you be eager to say this was a one-time thing, please know that Farrelly estimated to the Observer that he’s done this “easily 500 times,” and, in a more reflective moment, volunteered the following quote: “I don’t like it when they laugh at my penis…But I do like it when they stare.” 2019: Another day, another man with a pathological need to have his d*ck be viewed by human eyes.

Let me be clear: I have not seen Green Book, and I don’t intend to. Frankly, the film had enough going against it even without Farrelly’s stellar reputation: the (white) lead actor used the N-word after a screening, the writer had Islamophobic tweets uncovered (even though one of the lead actors and Best Supporting Actor winner for this film, Mahershala Ali, is Muslim!!!), and relatives of the film’s subject have openly objected to the film’s depiction of events. It’s really just a fun little cherry on top that the director used to Louis CK actresses during the casting process. (And yes, Louis CK is a verb now.) While Farrelly has since apologized, it’s just such a shame that, after a relatively progressive night, the Oscars had to revert to doing what they do best: rewarding those who do the most to hold the industry back.