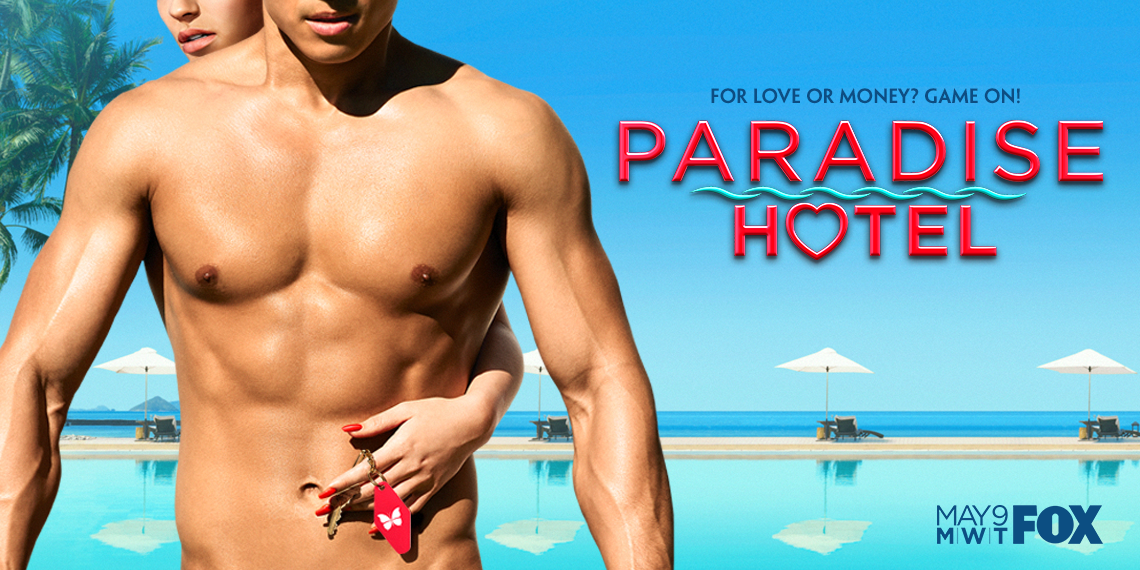 I feel like people always hate on summer TV shows, but if you ask me, they’re some of the best ones out there. Personally, I like my summer shows to echo my summer activity, which consists of drinking in a tropical locale with plenty of hot singles my age. (Okay, so maybe I just described my recurring dream, don’t @ me.) In any case, there’s a new show on Fox, from the producers of The Bachelor and Jersey Shore, that’s going to be your go-to summer show. It’s called Paradise Hotel, and it’s different than anything out there right now.

Paradise Hotel has all the elements that make up a great reality TV show—sexy singles, tropical location, and big drama. So what makes Paradise Hotel better than anything currently on TV? It’s all about strategy. This show is a game, for love or money. And the rules are simple: you either hook up or check out. Game on!

So here’s the deal. Paradise Hotel is an unscripted dating competition hosted by Kristin Cavallari (so perfect) in which sexy singles looking for love (not near you) check into an exclusive, gorgeous tropical resort. There will be fun. There will be sun. There will be cocktails. There will be flirtation. There will be romance. But here’s the catch: they can’t all stay in paradise. At the end of every week, someone will get sent home. The contestants will try to remain in paradise for as long as they can by pairing up. Whoever doesn’t have a roommate at the end of each week goes home, and a new guest will arrive in Paradise to shake things up. One week there will be more men, the next week more women. Nobody is safe!

But are the contestants playing for love or the $250,000 cash prize? It’s hard to say, given that there is a lot at stake for anyone who makes it to the end. I can’t tell you what will happen, because even I don’t know, but I can tell you that each week, there will be dates, challenges, and of course, twists you’re not going to see coming. Like, even bigger than jumping a fence.

Speaking of twists, there’s already one huge one that’s been announced: Paradise Hotel viewers can play along at home by using social media to try to influence what happens on screen, including deciding who gets to check into the hotel. Cool, so like, even though I’m not hot enough to get cast on a reality show, I can still live vicariously through everybody and try to set up my faves with their perfect matches. Bet. Sure beats sitting at home week after week, watching my fantasy bracket deteriorate.

Starting Thursday, May 9 at 8pm with a two-hour premiere event, Paradise Hotel will be airing three times a week. Three! Well, that’s my entire week of TV programming, already picked out. And even better, the Thursday episodes are live and two hours. Honestly, I love when other people do the work of making my plans for me. Now I have a built-in excuse to cancel plans, sorry! So join me, Kristin Cavallari, and the cast of Paradise Hotel in tuning in TONIGHT, May 9, at 8pm on Fox for the two-hour premiere, and then on Mondays and Wednesdays at 9pm and Thursdays at 8pm.