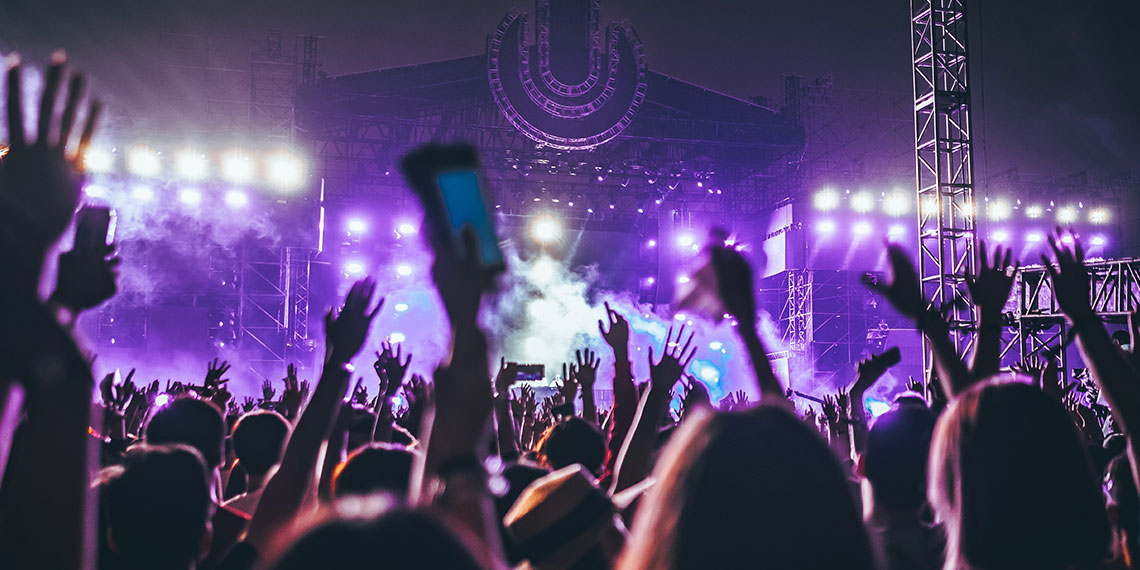 I feel like most people would describe me as go-with-the-flow. Most of the time, my texts in a group chat about plans sound like “whatever works for everyone!” and “sounds good to me!”. This isn’t because I don’t care about whatever dinner or trip we’re brainstorming, rather it’s because I just kind of enjoy being along for the ride. Fun to me is just everyone else having fun! (It should be noted that therapists have also told me that I’m extremely codependent, but that’s for another time.)

This, along with a relocated friend, is how I wound up camping in the fields of Tennessee for an long weekend. This is also how I learned that music festivals, like tank tops and Game of Thrones, just aren’t for me. Both because of interests and my body type.

It all started in a harmless fashion, someone sending a link to tickets in a group chat saying “omggg let’s go!”. Usually, when things like this happens, what follows is just a symphony of “oh for sure!”’s until no one ever addresses it again. Easy. Except this time, there was an added element: I had a friend who recently moved to Tennessee (a state I only sort of knew existed beforehand), and the ticket link was for Bonnaroo—a music festival in *survey says* Tennessee. This upped the ante, so we all decided to pool our funds together and buy wristbands and camping passes for three days.

I obviously agreed to go on this adventure with friends, because I always love spending weekends with friends! The dots I forgot to connect, though, were that how I usually love spending those weekends are sitting in a chair in an air-conditioned space with cell reception and a glass of Pinot Noir. Cut to me sitting in between a Walmart bag of tent supplies and an almost equally-sized bag of Doritos. Baby, let the games begin?

I don’t know why it didn’t click to me that when you’re camping, it’s actually camping. Despite being told “we’ll be sleeping in a tent,” I feel like my mind just equated a tent to an RV, JoJo style.

There’s a lot that people don’t tell you about music festivals when they talk about music festivals. I’ve heard about how seeing DJ Panda Bear or whoever on molly was “literally life changing” 800 times, but I’ve never ONCE been told about hammering a tent pole into the ground at 7am with a handle of Svedka because you don’t have a hammer. Once your tent is set up as much as a tent can get set up by the hands of five twenty-somethings from the Tri-State area, you unpack your things and… sit waiting for music to start. Okay, I can get down with chugging PBR and waiting for Chance the Rapper. I think I’m back on the bandwagon… until I see the map of where the music actually is.

Basically, getting from your campgrounds to where the festival actually is can only be described as the journey you would take on the Oregon Trail. Except instead of contracting Cholera, you just run the risk of ruining every girl named Lindsay’s Instagram photo. After trekking, we made it in to the festival grounds and I immediately was confused: was this a festival about music or a festival of people who love lines? Cause that’s almost exclusively what I saw.

The crowds of people didn’t seem to mind waiting 25 minutes for vegan hot dogs in the heat, but I’m someone who is always a little sweaty and has minimal patience when it comes to food. I think my main issue was that I lack the *chill* factor that makes music festivals enjoyable for everyone else. I don’t want to smoke in a circle on the dirt, I want to have a dirty martini. Is that too much to ask, outdoors? Speaking of the outdoors, I think the moment I realized that this life wasn’t the life for me was when I filled a jug of water with a hose to pour on myself as “a shower.” Very different from my Sunday ritual of taking a bath with a piece of eucalyptus hanging from the faucet.

Despite having my basic rights stripped away from me (air conditioning), I do have to admit that it was a pretty amazing experience to be away from cell service, responsibilities, and the realities of the world for a few days and have nothing to worry about besides being able to get the best spot to cry along to Lorde songs live. After the weekend, I realized two things: not everything is for me and to never insult people who use the phrase “glamping” again, because I think they’re now my family.

While I quickly realized music festivals weren’t for me, I’m glad I went to test the waters—and water pressure of the hose I used as a shower. It was a fun experience that did make me feel instantly younger—until I woke up hungover in 98 degree heat from four beers and very much felt my age. All that said, will happily take any free VIP tickets from anyone to anything!