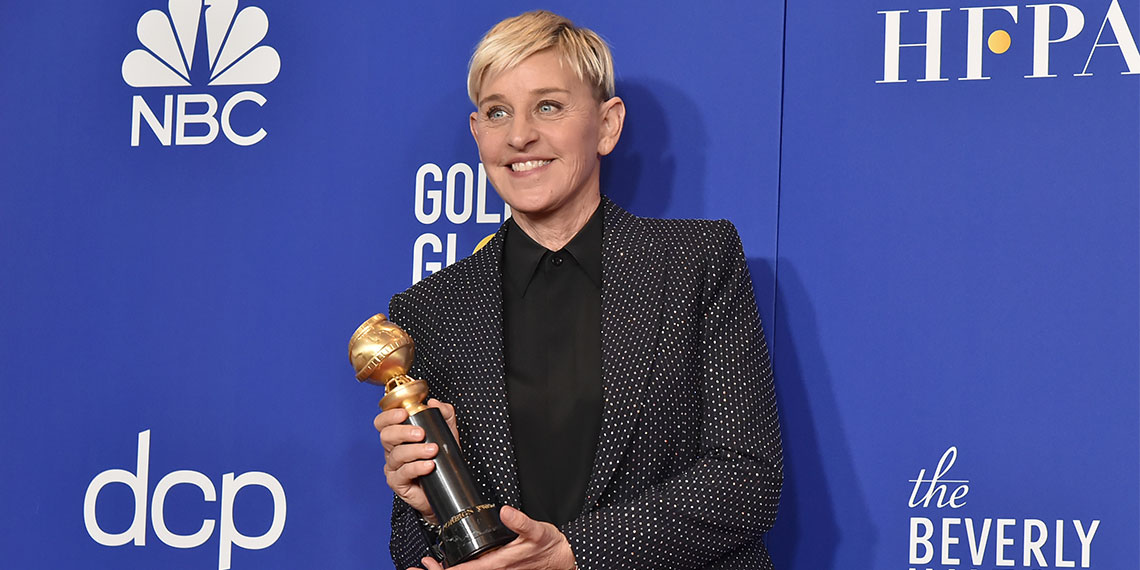 Ellen Finally Addressed The Reports About Her Show Being Terrible

As we all know, it’s been a tumultuous six months for Ellen DeGeneres. Back in the spring, stories about people having unpleasant encounters with Ellen went viral on Twitter, and her show came under fire early in the pandemic for how staff were being compensated (or rather, not compensated). Things only got worse over the summer, as current and former employees of The Ellen DeGeneres Show shared their stories of experiencing sexual harassment, racial discrimination, and other unacceptable treatment in the workplace. Following these allegations, the show’s production company launched a formal investigation, and multiple high-level producers were removed from their positions.

The show was on summer hiatus during the height of the drama, and when the staff returned in August, Ellen addressed the situation in a virtual meeting. But while there were some reports of Ellen’s general tone during this meeting, she didn’t publicly speak about what’s been going on until this week. On Monday, Ellen began its 18th season (with virtual audience members on some Black Mirror-esque video boards), and DeGeneres kicked off the new year by addressing the elephant in the room.

While Ellen didn’t get into the nitty gritty of the various claims, she began by saying, “I learned that things happened here that never should have happened. I take that very seriously, and I want to say that I am so sorry to the people that were affected.” She continued by telling her audience that she understands her personal role: “I know that I’m in a position of privilege and power, and I realize that with that comes responsibility, and I take responsibility for what happens at my show. This is The Ellen DeGeneres Show, and I am Ellen DeGeneres.” So basically… she should have known, but she didn’t know, but she takes responsibility, but she still runs the show? Cool.

She closed out that bit of the monologue by saying that “We have made the necessary changes, and today we are starting a new chapter.” Personally, I would have liked Ellen to be a bit more specific about what changes were made, and what things are going to look like going forward.

From there, DeGeneres moved into the second portion of this fun mess: all of the accusations that she’s a sh*tty person. She revisited the origin of her “be kind to one another” mantra—to spread positivity after the 2010 death of Tyler Clementi, a teen who took his own life after being bullied for his sexuality. While standing by this important message, Ellen noted the “tricky” nature of being known as the “Be Kind Lady.” She reassured her viewers that “I am that person that you see on TV,” but added that she is “also a lot of other things. Sometimes I get sad, I get mad, I get anxious, I get frustrated, I get impatient, and I am working on all of that. I am a work in progress.”

Honestly, Ellen is in a pretty tough position here, at least partially of her own making. Of course she has more sides of her personality than just giving out big checks on TV; I don’t think anyone thought she wasn’t human. But there’s a sliiiiiight difference between “I get frustrated,” and some of the more eyebrow-raising stories that have been told about her, like that people weren’t allowed to look at her, or speak to her, or chew gum in her presence.

All that being said, I was never a big Ellen fan before all of this drama, so I’m not really the demographic she’s trying to appeal to. When it comes down to it, she has millions of soccer moms and old people who adore her, and have probably been distraught about some of the things they’ve heard in the past few months about their beloved Ellen. I may not be 100% satisfied with her comments on Monday’s show, but I have a feeling most of her core audience is ready to love her again.