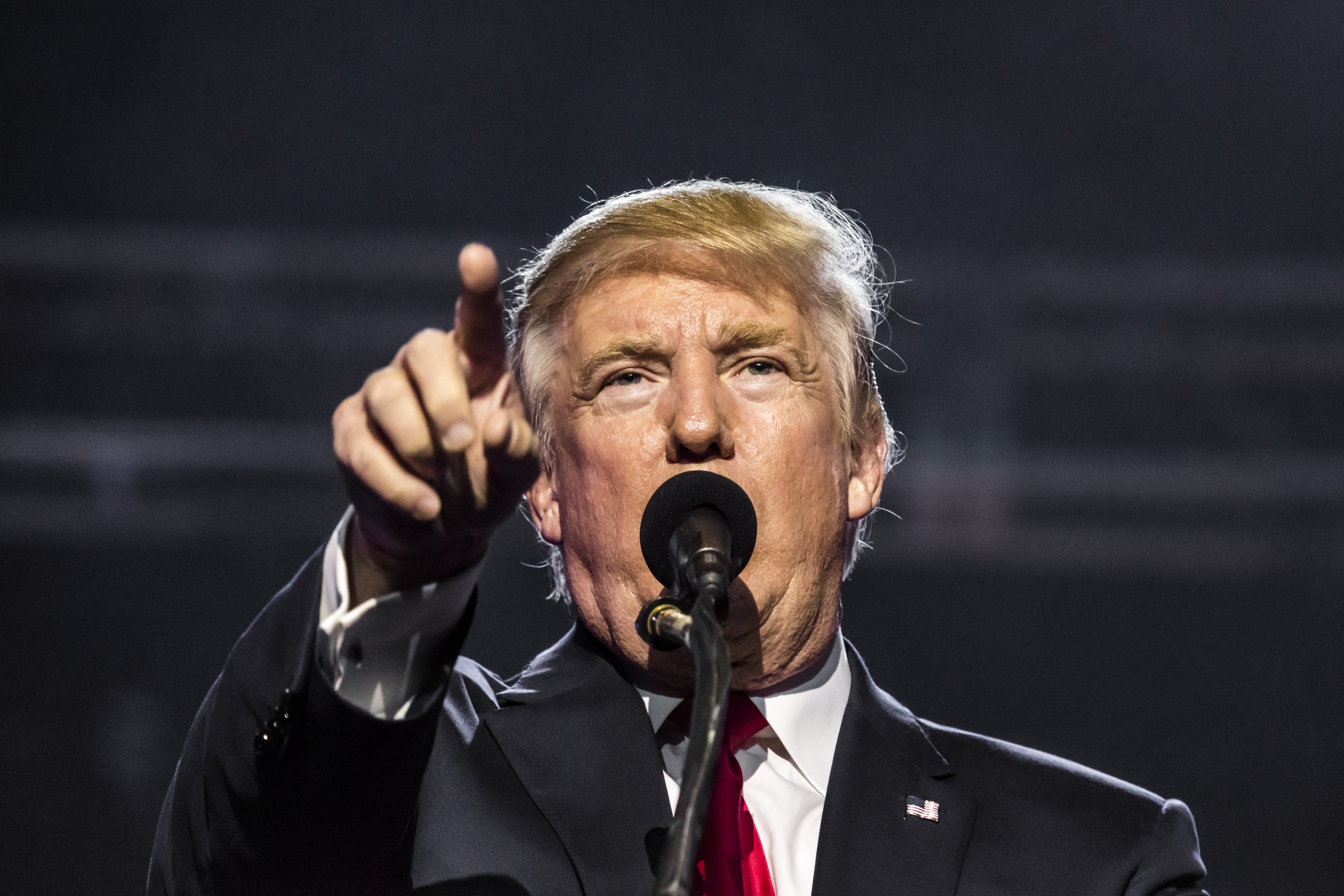 Terrible news for those who ship Donald Trump and Fox News — so mainly Sean Hannity and my Step-Uncle Fred. The “president” and the conservative news channel are usually busy jerking each other off, but there seems to be trouble in paradise, as Trump targeted Fox News in one of his latest Twitter tantrums. Say it ain’t so!

Trump’s Twitter tirade began with a cute lil’ meltdown over the fact that Fox News was covering the 2020 Democratic Election without hate speech. His anger was directed at host Sandra Smith, who he criticized for going too easy on DNC Communications Director Xochitl Hinojosa during an interview. Then, his tweet spiraled into a barely legible word vomit with random, unnecessary capitalization that somehow brings up Hillary Clinton into it. Naturally.

Here are the first two tweets:

Just watched @FoxNews heavily promoting the Democrats through their DNC Communications Director, spewing out whatever she wanted with zero pushback by anchor, @SandraSmithFox. Terrible considering that Fox couldn’t even land a debate, the Dems give them NOTHING! @CNN & @MSNBC….

….are all in for the Open Border Socialists (or beyond). Fox hires “give Hillary the questions” @donnabrazile, Juan Williams and low ratings Shep Smith. HOPELESS & CLUELESS! They should go all the way LEFT and I will still find a way to Win – That’s what I do, Win. Too Bad!….

But Trump didn’t stop there. Trump never stops there. Trump couldn’t point out “there” on a map if it was right in front of him and clearly marked “there” in bold, italicized, underlined letters. Instead, he kept ranting, and eventually landed on the conclusion that “Fox isn’t working for us anymore.”

….I don’t want to Win for myself, I only want to Win for the people. The New @FoxNews is letting millions of GREAT people down! We have to start looking for a new News Outlet. Fox isn’t working for us anymore!

Again, this tweet is riddled with grammatically incorrect capitalization, but let’s move beyond that and focus on the closing statement here. Donald Trump thinks Fox is supposed to be working for him. As in, they are supposed to deliver completely biased news, never hold him accountable, and always own the libs, no matter what. So like, he legit thinks Fox is his propaganda machine.

Reading Trump’s tweets feels like a joke — because how could anyone take this sh*t seriously — but it is actually really scary to see the president publicly imply that a news channel should be working for him, and then publicly shame them for working against him by simply covering Democratic news.

Does this mean Donald Trump and Fox News are breaking up? I’m not sure this is the end, but it may be the beginning of the end. It is, at least, a warning of the obvious to Fox News: Trump’s loyalty will disappear the second he decides he doesn’t need or want you anymore. If you think Trump won’t turn on you the second it’s convenient for him or the second he feels like you aren’t giving him enough unadulterated admiration…think again, b*tch!!!

“All right, well, I think the president watches Fox. I also think he is getting sick of Fox, which is weird, because I think he gets pretty fair coverage at Fox,” he said, adding that the president has made clear that “to fact-check him is to be all but dead to him and his legion of supporters who let me know, in no uncertain terms, I am either with him totally or I am a ‘Never Trumper’ fully.”

Watch more of the response below.

"Mr. President, we don't work for you. I don't work for you," Fox News host Neil Cavuto said in the closing monologue of his show. "My job is to cover you, not fawn over you or rip you. Just report on you." pic.twitter.com/owHC2gwd0u