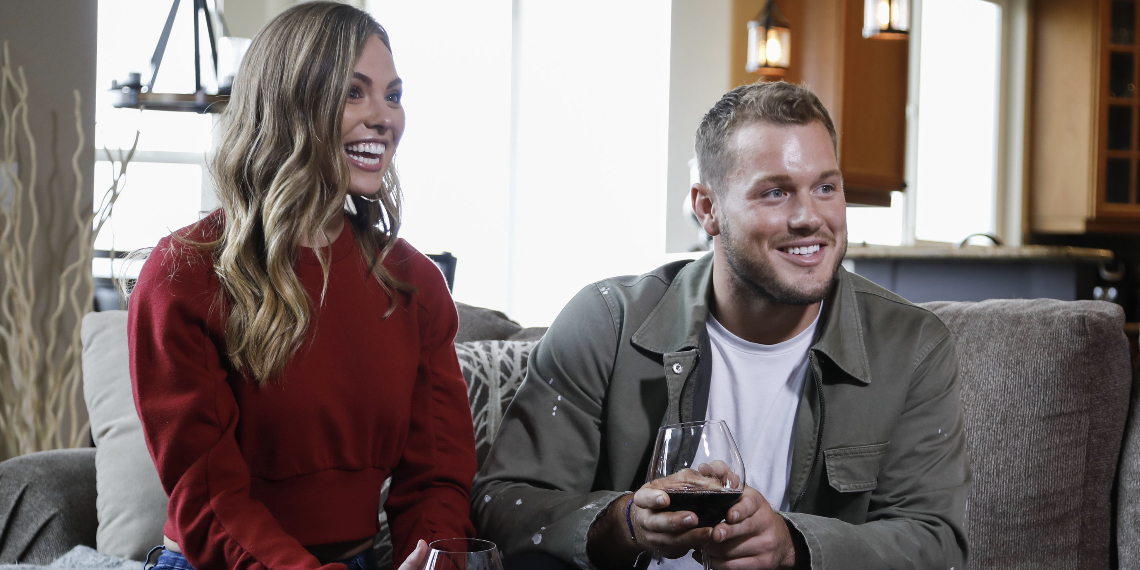 We are on to week 7 of The Bachelor, and the coldest winter on record continues to be fueled by the lack of heat on our TV sets Monday nights.  However, like the game Oregon Trail, there’s no turning back, so we have to keep our eyes glued to the TV. Not because we care if Colton finds love or not, but mostly because we want to see how the fence jump occurred. Let’s dive face first into episode 7.

Colton starts the episode with the usual Skype session with himself wondering why everyone keeps telling him that people are there for the wrong reasons. I mean, do you think these girls actually want to be married? They are there to secure FabFit Fun box deals, free Coachella tickets, and nothing more. ABC realizes that it has tapped out its Amazing Race-like budget so they head back to the states and land in Denver. Jaywalking around the town, Colton runs into Ben Higgins at what must be the soft opening of the newest coffee shop in town, because no one is there. At this point, I’m thinking this is where ABC has thrown in the towel on Colton and is going to let Ben finish this season off, but to no avail. Ben gives him some last minute advice like: “Sucks to be you!” and then heads off to get all the medicinal weed that Colorado has to offer.

Meeting in the park with all the girls and some dog who has been quoted saying, “I didn’t sign up for all this,” Colton spontaneously decides to take Tayshia from the group for an impromptu solo date. Colton takes her on a series of “his favorite Saturday day activities” (including Oyster eating, wine tasting, and ice cream tasting), which gives us more insight into his lack of sexual activity, because it’s hard to sweet talk a girl when your breath smells like Bikini Bottom (and I mean that in the Spongebob way).

In between wine sips, Colton asks Tayshia about the fakeness that’s going on in the house, and Tayshia begins singing faster than Mariah Carey at an open mic. She tells Colton that Cassie and Caelynn aren’t genuine and that they’re looking at potentially being the next Bachelorette because those endorsement checks are MAJOR. Colton wants to wash the stench of this news off his body, but there’s not an outdoor shower near to do so, so he and Tayshia just continue on their merry way. Later in the evening, Colton and Tayshia make dinner together cooking the rice one grain at a time, and they spend more time talking about her family, and how accepted Colton will be. Pro Tip: As long as you know how to play spades at the cookout, you’ll be accepted. Tayshia gets a rose, and now can confidently wear pajamas to the next rose ceremony.

Next Date Card Winner? Caelynn! Caelynn meets Colton atop a mountain to do a first with Colton. Get your mind out of the gutter, I’m talking about the fact that she’s never been snowboarding. Somehow gravity is losing because they’re going UP the mountain, but eventually they find the bottom. After getting to the cabin to show off their fly (read: sponsored) snow gear, Colton gets down to the hard questions about asking about Caelynn’s questions. Caelynn tells him that she’s definitely trying to be there to the end because her LA apartment won’t be ready for another three weeks, so she can’t go home just yet. I think it’s important to note that lack of eye contact Caelynn has during the entire scene makes me wonder if she indeed is telling the truth. Truth be told, I’ve seen bobble head dolls maintain better eye contact.

At the night portion of the date (at what I think is the basement of a Cracker Barrel), Colton continues to try to pry farther into Caelynn’s intentions. Caelynn continues to get emotional because she forgot to bring her wallet to pay her half of the bill, and her nails are too pretty to be subject to dishwashing duty. Somehow Caelynn manages to cry while smiling, and Colton eats it up. He gives her the rose to stick around, mostly because he knows she has a few more rose ceremony gowns to rock. They end the night dancing alone like that one couple that refuses to leave the bar until the lights come on.

After her date, Caelynn and Cassie spend some time talking about how they’ve been singled out by Tayshia, and what kind of scissors are best to cut her hair as revenge. Caelynn confronts Tayshia about the rumors, and Tayshia tells her ain’t no “I” in Caelynn, but there is in Tayshia and says f*ck your feelings.

Yet another one-on-one date is given out, and it goes to Hannah B. Colton being homesick, but more so the fact that he brought only one pair of pants on this journey, he takes her home to visit his parents. Colton and his pops spend most of the time outside comparing deep V’s, while Colton’s mom is indoors with Hannah, and trust me, the chicken isn’t the only thing being grilled. Colton’s mom asks the hard questions like: “What’s your credit score?” and “do you know how to fold a fitted sheet?”

The night portion of the date is in an airport hangar, which foreshadows that she might be closer to a flight home than she thinks. She continues to shower Colton with praises, but we all know the only shower he likes is outdoors with no shirt on. Colton finally is upfront with her and tells her: “Even though you’re dressed like a princess, this won’t be a fairytale ending.” Colton tells her he doesn’t want to fly to Alabama for hometowns since the Crimson Tide lost to Clemson, so he’s going to send her home alone.

The remaining four ladies participate in the weirdest game of “Connect Four” possible. Cassie, Kirpa, Hannah G., and Heather all get in a limo for some group date fun. They arrive at an outdoor park to see Colton show up on Thomas the Tank engine, and he whisks them away. Riding along the tracks in the train from Wild Wild West, Colton lets these girls know that he’s no longer playing games. Heather hears this and decides she doesn’t want Colton to be a witness when her father kills her for kissing a boy, so she bows out.

Colton has one-on-one time with Cassie, and she confronts the rumors a lot better than Caelynn did. Fighting back tears, she tells Colton that she wants to bring him home because she has three carry-ons, and he only has one. Showing that she knows more than sign language, Kirpa speaks up to tell Colton that he needs to be careful with whom he keeps around.  Cassie and Kirpa go back and forth arguing about rumors, while Hannah G. is wondering why there isn’t hummus here when she was promised some.

At the night portion of the evening, Colton immediately gives Hannah G. a rose and sends her back to the house because he doesn’t need her to witness the bloodbath that’s about to happen. While this is happening, Cassie and Kirpa sit at the dinner table with the awkwardness of a man with no mouth in a pie eating contest. Caelynn (not on the date) appears out of nowhere to tell Colton to not send anyone home based on rumors, but do it based on how they look (like a true beauty queen would say). Colton ends up following his gut and gives the final rose to Cassie (mostly because he’s hungry and she’s an excellent chef). This means we lose Kirpa just as she was transitioning from narrator to an actual contestant in week 7.

To be honest, this week was one of the more dramatic ones….but I’ve still seen Disney movies with more action. Until next week!!