ICYMI (we’re guessing you didn’t), the Supreme Court overturned Roe v. Wade on Friday, June 24, officially reversing the landmark 1973 decision that once protected citizens’ right to an abortion. Now, the power lies in the hands of state governments, where trigger bans in 13 states “will prohibit abortion within 30 days,” with at least eight states’ laws going into effect immediately. As thousands took to the streets in displays of sadness and rage, celebs far and wide used their platforms to share their thoughts on social media. I guess it’s true—celebrities, they’re just like us… really fucking mad when we lose fundamental rights.

Here’s what a few stars had to say on Twitter:

I’m absolutely terrified that this is where we are – that after so many decades of people fighting for women’s rights to their own bodies, today’s decision has stripped us of that. https://t.co/mwK561oxxl

People who have the money, time, and resources will still find avenues for their procedures.

But the most vulnerable of our community? What choices are those individuals, who are mostly BIPOC, left with?

This is the catalyst for a public health crisis.

I’m past disgusted w/ my country and their constant inability to protect one another’s right & keep their word. How u overturning the wrong things? So many things to overturn that make sense. But this is what you chose??

What a sad day for this country. Guns for everybody and no reproductive rights. Twisted. Twisted.

Meanwhile, as Glastonbury returned for the first time since 2019, musicians like Olivia Rodrigo and Billie Eilish used the festival to voice their opinions loud and clear.

Rodrigo was joined by special guest Lily Allen for a performance of “Fuck You” dedicated to the Supreme Court, telling the crowd, “I’m devastated and terrified. So many women and so many girls are going to die because of this. I wanted to dedicate this next song to the five members of the Supreme Court who have showed us that at the end of the day, they don’t give a shit about freedom. This goes out to the justices: Samuel Alito, Clarence Thomas, Neil Gorsuch, Amy Coney Barrett, Brett Kavanaugh. We hate you!” Say it louder for the people in the back.

Eilish also addressed the decision before singing her song, “Your Power.” She explained, “The song we’re about to do is, I think, one of the favorites that we’ve written and it’s about the concept of power and how we need to always remember how not to abuse it,” she said. “And today is a really, really dark day for women in the US. I’m just going to say that as I cannot bear to think about it any longer in this moment.”

Megan Thee Stallion and Phoebe Bridgers also used the stage to express their frustrations, leading chants of “My body, my motherfuckin’ choice” and “Fuck the Supreme Court,” respectively, while Green Day frontman Billie Joe Armstrong told the crowd he’s renouncing his U.S. citizenship as a result of the decision.

If you’ve also noticed a general lack of male responses in your feed, you’re not alone. In her acceptance speech for Best Female R&B/Pop Artist at the BET Awards on Sunday night, Jazmine Sullivan addressed the issue head-on saying, “I want to speak directly to the men. We need y’all. We need y’all to stand up. Stand up for us, stand up with us. If you’ve ever benefited from a woman making one of the toughest decisions of her life, which is to terminate a pregnancy, you need to be standing with us. This is not just a women’s issue. This is everybody’s issue. And we need your support more than ever, okay, fellas? Y’all got us? ‘Cause we got y’all. Y’all got us?”

In addition to voicing their opinions, celebrities are also sharing resources and making donations of their own.

Hollywood icon Viola Davis reposted a series of informational slides from the account @so.informed, writing, “And so it goes… .Gutted. Now more than ever we have to use our voice and power! WE the people…”

Ariana Grande also shared slides from a post by @impact to her Instagram story highlighting safe abortion resources for people in areas where abortion is, or will soon be illegal, while Lizzo announced she’s pledging $500,000 from her upcoming tour to Planned Parenthood and Abortion Rights, with Live Nation agreeing to match the donation for a total of $1 million.

As we continue to cope with the consequences of the ruling, know that it’s okay to feel. Whether you’re sad, angry, or confused, we feel that too. Check out The Betches Sup for more updated information, resources, and places to donate. 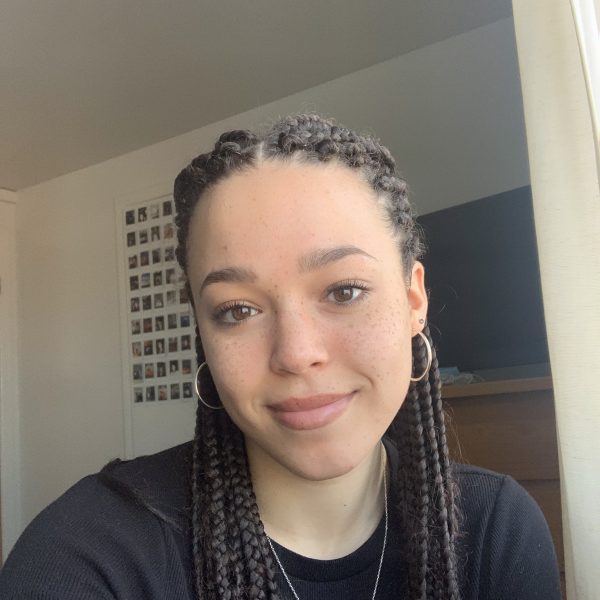 Mykenna Maniece is a senior at Syracuse University who partially uses her podcast (@notagirlbosspod) to live out her 2010 YouTuber dreams. She loves writing about fashion, beauty, and pop culture and dreams of moving to NYC just like every other twentysomething in media. When she's not taking classes, she can be found in her room watching the Vampire Diaries or the OG Gossip Girl (Teams Delena and Chair forever).