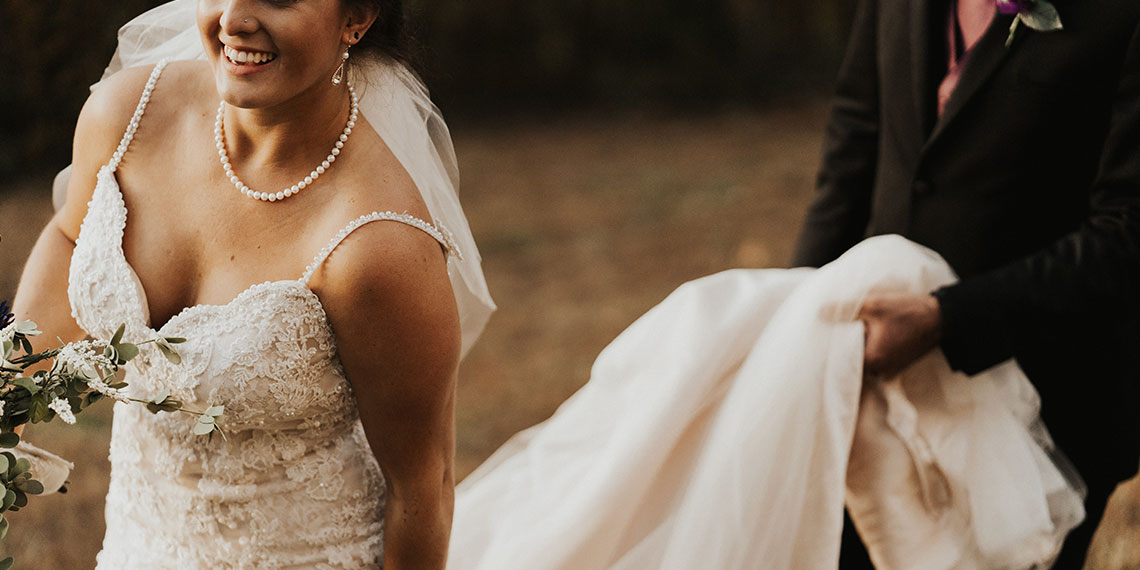 Crazy Wedding Story Of The Week: When In-Laws Attack

For this wedding story, you need to fully understand how much goes into a wedding. It’s months, if not years, of picking the perfect venue, planning the perfect meal options, picking out each and every flower on the table. To me, this circus seems kind of like a nightmare scenario save for the open bar, but people spend thousands upon thousands (if not hundreds of thousands) for their wedding day. It’s a Big Deal, and a lot of time and money. A lot of people have had their dream weddings planned in their heads since they were children. I wasn’t really that kind of kid—instead, I would play Barbie, where she was a doctor/pilot/vet/mermaid/newspaper delivery girl (IDK why this was interesting, I think it was the matching pink bike). Whoever was my favorite at the time would also own ALL of the Barbie clothes so she could do a quick outfit change, while the reject Barbies sat naked in a pile in my closet. If anything, I was playing “serial killer” and didn’t even realize it. That aside, weddings mean a lot to people, both emotionally and financially. But let’s put ourselves in the shoes of the Redditor who posted in the Am I The Asshole forum about his wedding.

Imagine planning your dream wedding. You know, the one you played out in your head as a small child, unless you were playing “serial killer” instead (hi). It’s 3 days away. You and your fiancée are super excited. She calls the venue to confirm a few things… only to find out that the entire wedding has been changed. Again, just DAYS before you’re supposed to walk down the aisle.

My girlfriend had no clue what he was talking about, and he reminded her of all the changes that had been put in recently. We had not approved any of these changes. We were able to get some of it put back the way it was but there are some things that we couldn’t change back at such short notice.

And it turns out… it was SABOTAGE!

The venue had been receiving emails from a nearly identical email address requesting these changes:

The venue forwarded us the emails asking for the changes so we could look over them. Our communication was being done via an email account we created solely for wedding stuff, and the email address which asked for the changes is the exact same address, except 2 letters are switched round.

And even worse, they were the exact same changes that the bride and groom got in huge fights with their parents about. In fact, the arguing had gotten so heated that the couple told their parents to f*ck all the way off, and that they would pay for the wedding themselves. So. I’m not a detective. But I’m pretty sure I know who made all the false changes. Luckily, our groom here is also a genius and cracked the case.

Right now the stuff that we wanted that is still in this wedding is my suit, the venue and the DJ. My girlfriend has gone to pick up her dress and she’s not heard from the shop so we’re assuming that hasn’t changed. I’m calling round everyone and it looks like the menu has been changed, as has the guest list and the cake. We paid for the wedding we’d planned and it looks like any additional costs from the changes (such as the extra people) were paid for by someone else, but they wouldn’t give me any of the card info for legal reasons.

We probably won’t be speaking to our parents again after this, unless one of them owns up in which case we’ll just stop speaking to that one, but this feels like a joint effort as it’s dealt with both sets of parent’s complaints.

This just really sucks, especially because they paid for their own wedding just to have it completely ruined. Also, could you imagine your guest list being altered like this? Some of your friends no longer being invited? Look, I have crazy parents but this is just so low. Did the parents think they somehow wouldn’t notice when they showed up to their wedding and everything was wrong?

At this point—rightfully so, IMO—the couple is over it and want to elope and cancel the wedding. It’s not even their wedding at this point. Who could blame them? But there’s just a little, small issue:

However, we now have around 200 people attending this wedding in 3 days (our original guest list was about 100 including families and plus ones). People have booked hotels, planes, trains, and are coming from other countries to be here. None of these people have done anything to us and would be getting caught in the crossfire if we were to elope instead.

Unfortunately, all their family and friends already have this wedding trip planned and have no idea what’s happened. It’s also in three days. So this leads to the OP’s question: Are they the assholes if the cancel their sham of a wedding and elope?

Personally, I would still have the event, but cancel the ceremony part if it’s not what I want. Like, just do the reception and have the big party celebrating the marriage with my guest list (and the parents would not be on it). I would rip the venue a new asshole because, HI, you have a contract, and if they’re too dumb to double-check changes and read an email address, that is on them. I get that it’s a very strange situation, but at the end of the day, it’s the venue’s job to make sure everything is correct. I would get everything wrong completely refunded and I’d want some sh*t for free, too. Then I’d elope or do a small wedding ceremony my way and probably put a hit out on the parents.

Literally me in this scenario:

Most of Reddit seems to agree: our OP is NOT the asshole, the horrible parents are. But given that all their friends and non-insane family took the trouble to fly out, most of the opinions were similar to mine: salvage what you can of the wedding. but go through with at least the reception part. No reason to throw away all that money (and open bar!) when it’s already paid for and you probably can’t get the deposits all back. A few commenters even suggested getting bouncers for the parents—that is absolutely genius. I still would strongly consider suing the venue/the parents for money lost/paid for a wedding that wasn’t what they wanted, so they can have a proper redo or at least go on an awesome trip to make up for it.

Well, the OP thankfully updated, so here’s what went down:

We had a small private thing where we signed the certificate with our closest friends, then we went to the planned ceremony and had a short service where we exchanged rings, followed by a reception.

We told the parents that they were not invited, told the venue they weren’t invited, the venue put what was essentially a bouncer at the door, and they still got in. They don’t seem to understand what they did wrong as they boasted to their guests that “they planned this, but we changed it to what you’re currently seeing” and their own guests ended up being the ones to tell them how fucked up that was. They were pretty much shamed by their guests into leaving about an hour after they arrived. Also, half their guests didn’t show, it was probably about 60-70% our guests in the end, and we definitely had the majority. Food (including cake) was sorted out but not decor, and venue are refunding us 50%, which was going to be 30%, but then they let the parents in.

We only spoke to them once to tell them that because after completely f*cking up our wedding plans they then couldn’t honour one simple request to not come, they would not be hearing from us, potentially ever again, and if they contacted us that would change to definitely never hearing from us again.

We are currently in the cab on our way to get drinks with the same friends who were at the signing earlier and then off on our honeymoon.

Okay, remember my suing the venue idea? They screwed up a binding contract and still let the demon parents in? The venue should have refunded everything at this point. They really, really suck at their jobs. I hope the OP and his new wife at least got to enjoy parts of their wedding, because this whole situation was majorly f*cked up. What would do if this happened to you? Obviously the parents are at fault, but would you also blame the venue? I mean, are you telling me any crazy person could makeup an email address and screw up anyone else’s wedding and no one will verify? If so, I may need to incorporate this into some kind of revenge scheme at some point. Do you think the OP did the right thing? Would you ever speak to your parents again? LMK.