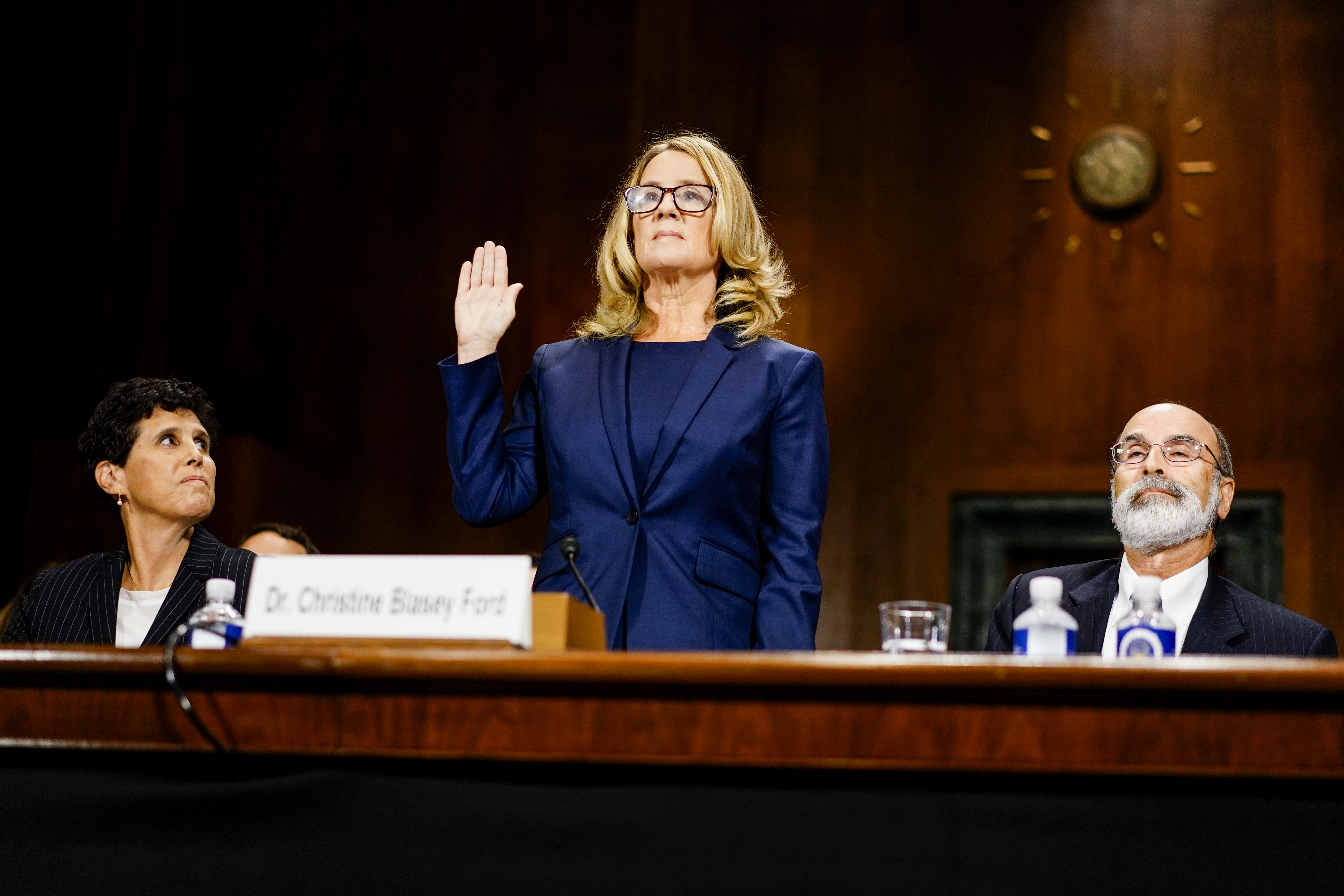 This morning. Dr Christine Blasey Ford testified in front of a bunch of dusty marionettes aka Senators and bravely told in painful detail her assault by Brett Kavanaugh. It was nothing short of exceptional and if I could Venmo her a million love and hugs, I’d do so.

The testimony is not yet over, but so far here are some of the main takeaways from this morning.

Like, she could be a mathlete smart. She’s not only testifying but dropping sentences like “Indelible in the hippocampus is the laughter, the uproarious laughter between the two, and they’re having fun at my expense.” Blasey Ford is a professor of psychology at Palo Alto University and honestly they need to give her tenure if they haven’t already because she is a brainiac.

She Isn’t “Misremembering” Anything

When asked how positive she was that her assailant was Kavanaugh and not “a look a like” she said “100%”. Damn.

The Republicans Hired A Woman To Do Their Dirty Work

Republicans deferred their questioning to Rachel Mitchell, a sex-crimes prosecutor, so her cross examination keeps being interrupted every five minutes for Dems to ask their questions and also constantly by Chuck Grassley having his first on camera panic attack. It’s like a completely disorganized AMA.

This is just a fun little fact. Every day over the summer Blasey Ford practiced her diving and I think that that is relatable and lovely!

The GOP Should Be Scared

Blasey Ford Is A Patriot

She alerted her representatives upon seeing that Kavanaugh was just on the short list of Supreme Court nominees. She acted immediately knowing it was the right thing to do for her country. So anyone trying to say she is being opportunist if a conniving asshole. Blasey Ford is an American hero.

You can watch her full opening statement here. Have tissues ready.