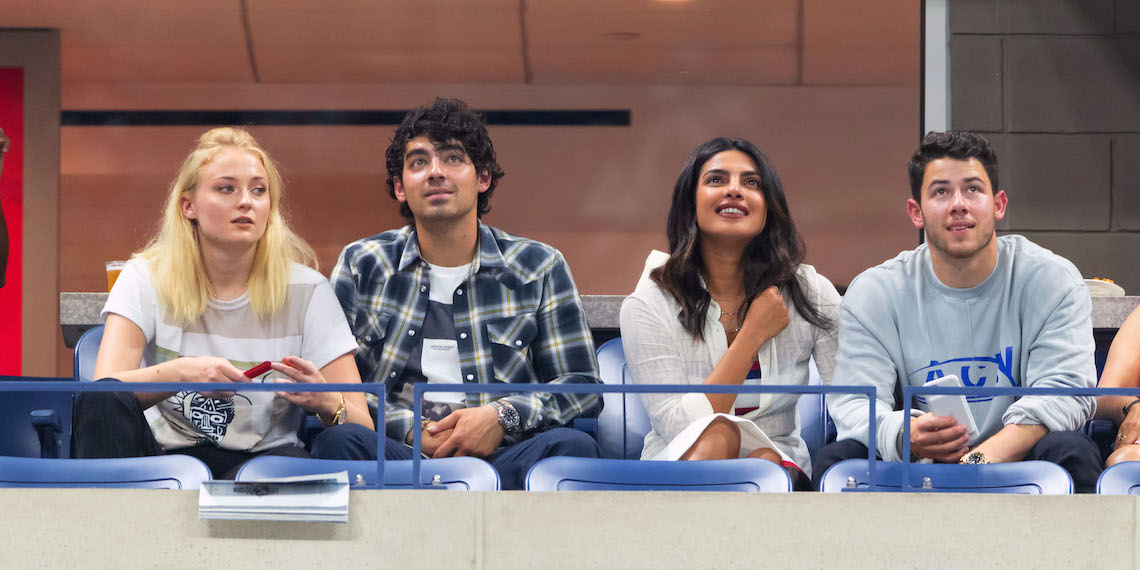 Celebrity Couples You Didn’t Know Were Set Up

I think most people would agree that dating can be a total pain in the ass. It can be lonely and tedious trying to wade through everyone out there, just trying to find one good match. But if you’re lucky, you have some ride or die friends that are always trying to help you out. Whether my friends are setting me up with someone they know or helping me evaluate my matches on Ship, I need all the help I can get.

If you’re skeptical about the idea of your friends getting involved in your dating life, I get it. But maybe it’s a good idea to let them help you. Lots of your favorite celebrity couples have been set up through friends, and you might not even realize it. Here are some of our favorite examples:

To live for days like this. ❤️ @nickjonas #boatlife

When Nick Jonas and Priyanka Chopra first went public with their relationship last year, it seemed super random. Little did we know, there’s one surprising person at the center of their relationship: The Rock. Yes, like Dwayne Johnson. In 2017, Priyanka worked with The Rock on the Baywatch remake, and then Nick worked with him the next year in Jumanji.I’m not sure how much The Rock really played matchmaker here, but he did say that he’ll take credit “if they’re happy.”

My Valentine gets a surprise birthday party because she’s the fucking best. ?

Nick isn’t the only Jonas Brother who got a little romantic help from a friend. In 2016, Joe’s band DNCE did a song with Hailee Steinfeld, who is friends with Sophie Turner. Hailee revealed that Sophie texted her asking about Joe, and she gave her his number and the green light to go for it. Now Sophie is chugging drinks at sporting events and generally seems very happy, so her bold text definitely paid off.

This relationship wasn’t meant to be, but it was fun while it lasted. Back in 2015, Taylor and Calvin were first introduced by mutual friend (and fellow famous singer) Ellie Goulding. Ellie said that they’re both “really awesome and really tall,” so she thought they would make a great couple. And they did…for a while.

Happy Birthday Baby❤️ There’s so much to write, so many things that make me so proud of you and how special you are?Thank you for being the best friend and partner to me and taking this journey of Marriage. The way you live your life everyday, and your compassion for the world shines thru in your eyes and you inspire me to want to be the best man I can be in this lifetime. You’re the realest. I’m so grateful to be yours Always&Forever, and to call you my One&Only. True Love ❤️

Cameron Diaz has been married to Benji Madden since 2015, and Nicole Richie happily takes credit for it. Nicole is married to Benji’s brother Joel, and she says that she’s “a devoted sister-in-law.” Someone please tell me how I can get into this family, because I really want to go to Thanksgiving with Nicole and Cameron.

Honored to be on the arm of this double nominee tonight! #SAGawards

Truly, I think these two are one of the cutest couples in Hollywood. They also work well together, considering I’ve had to sleep with a white noise machine ever since I saw A Quiet Place. Turns out, they were set up on a blind date in 2008 by none other than Anne Hathaway. John said he wasn’t looking for a relationship at the time, but it was love at first sight when he met Emily.

Jennifer Aniston is one of the most famous and beautiful people in the world, but even pretty people can appreciate some help from a friend. Surprisingly, she was introduced to her ex Justin Theroux by Robert Downey Jr. This seems like, very random, but I guess it’s proof that love can happen in literally any way.

This is the setup that made women all over the world question the dedication and loyalty of their friends. The Duke and Duchess of Sussex were set up by a mystery mutual friend, and Meghan insists she didn’t really know anything about Harry before meeting him. She’s always said the only thing she asked was “Is he nice?,” which is what my mom asks me when she brings up a guy I went on one date with six months ago.

So you might not have A-list movie star friends to set you up on dates with other A-list movie stars, but that’s not really the point. Dating isn’t always fun, and having your friends in the picture can make it a little more enjoyable, and improve your results. Rather than wasting your time (and mental energy) alone on the apps, let your friends in your Ship crew do the heavy lifting for you. Maybe you’ll meet your Prince Harry (if you do, please tell him to slide in my DMs), or at least someone decent who won’t ignore your texts.