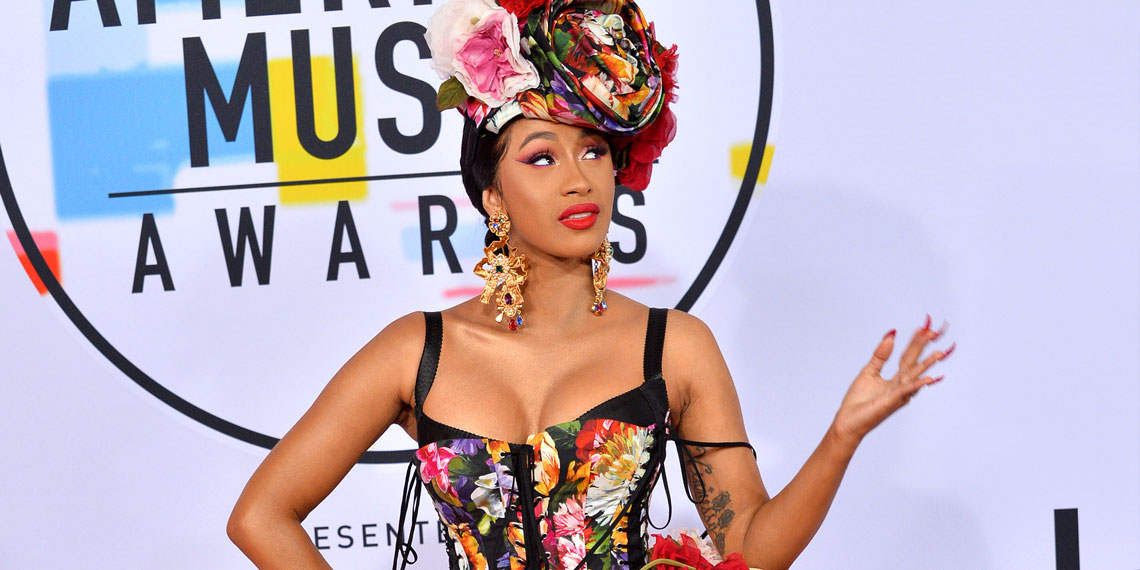 Cardi B Pretends To Like Pepsi In New Super Bowl Commercial

The Super Bowl is less than a week away, which means I should probably Google which teams are playing. Or not. Whatever. But what it really means is that all the brands are starting to release their big Super Bowl commercials, I guess because even the advertisers know that all the guys at your Super Bowl party are going to talk over the commercials and you won’t be able to hear anything. If I had to make predictions, I’d say that we’ll probably see a ton of Budweiser commercials, some random ads that will make you cry, maybe a good Dorito’s one, and a lot of celebrities schilling products they’d never actually use. In the spirit of that last category, let’s talk about the brand new Pepsi ad that just dropped this morning.

The commercial is called “More Than OK,” and it features appearances by Steve Carell, Lil Jon, and, most importantly, Cardi B. That sounds like the beginning of a bad joke, and I’ve got to wonder what amphetamine-fueled meeting conceived of this grouping of people. The premise of the ad is that someone tries to order Coke at a restaurant and the waiter asks if Pepsi is okay, and I’ve got to say, I appreciate that Pepsi is finally saying what we’ve all been thinking our entire lives. I hope Coke comes out with this exact commercial, but the woman ordering says “No of course Pepsi isn’t okay” and the commercial ends there.

But anyway, back to Cardi B. I do find it pretty interesting that Cardi is agreeing to do Super Bowl ads, considering that she turned down the halftime show over the NFL’s treatment of Colin Kaepernick. Like, Pepsi isn’t personally responsible, but Cardi is still profiting off the Super Bowl, even if indirectly. It’s a little questionable of a move, but then again, I’m not one to fault a woman for getting her check.

Cardi B’s political choices aside, Pepsi clearly spent a lot of money putting this commercial together. Super Bowl ad time is unbelievably expensive, and celebs aren’t cheap either. I did some digging, and found out what all of these stars typically charge as a booking fee. Lil Jon is the cheapest of the bunch, at 25-40K, but Cardi B can go as high as half a million dollars. I’m not positive about Steve Carell, but by the time he left The Office, he was making several hundred thousand dollars per episode, so I’m sure he made a nice chunk of Pepsi change. The best part is that Pepsi was able to book all these celebrities directly through the Fyre app! Just kidding, that app was conceptually flawed from the beginning!

Pepsi has a long history of paying top celebrities to be in its commercials, from iconic ads with Michael Jackson and Britney Spears to train wrecks like the Kendall Jenner commercial. You know who doesn’t really do that sh*t? Coke. Pepsi totally knows—and now outwardly admits—that nobody wants to drink their product, so they constantly chase after the biggest star they can get to say they like it. But just like the Kardashians hawking waist trainers on Instagram, there are plenty of people who will buy something just because a celebrity claims to use it.