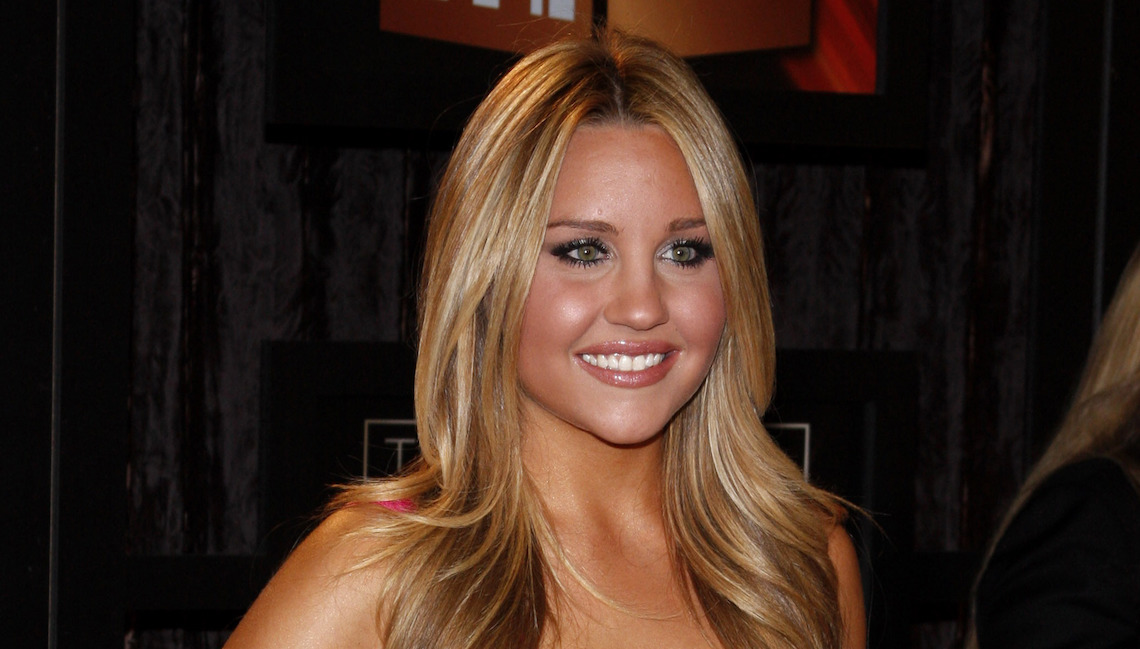 Amanda Bynes Is Back

It’s been almost a decade since Amanda Bynes last appeared in a movie or TV show, but I’m still completely fascinated by her. Thankfully, after years away from the spotlight, Amanda Bynes has finally resurfaced, and she has lots to say. In a brand new interview for PAPER‘s Break The Internet issue (#tbt to Kim’s ass pic heard ’round the world), Amanda goes into details about what went so wrong for her, starting way back in 2006. In the accompanying photos, she looks seriously great, and I’m kind of salty that she spent years doing drugs and still hasn’t aged a day. Amanda is 32 now, but she could still play a college student, and of that, I am jealous.

#BreaktheInternet: Amanda Bynes. Having spent years out of the spotlight, Bynes steps back in and opens up about her tumultuous — and remarkable — journey. #linkinbio Story by @abbyschreiber28 Photos by @daniellelevitt Art Direction by @dwndwntwn Styling by @neverhavetotweet Hair by @samiknighthair Makeup by @edwardcruzmakeup Set Design by @_coopervasquez_ Fashion Direction: @miaasolkin

So yeah, Amanda looks great and sounds happy and good for her, but let’s dive in to some of the more interesting details of her interview. First of all, I was shocked to learn that She’s The Man, which is one of Amanda’s best movies, was where it all started going downhill for her. She says that after she saw the movie, she “went into a deep depression for 4-6 months because she didn’t like how she looked when she was a boy.”

After that, she obsessed over her appearance and started taking Adderall to lose weight, which is never the right reason to take Adderall. (The right reason to take Adderall is because you have ADD and you need it and it’s prescribed by a doctor, blah, blah, blah, don’t do drugs.) In 2010, she dropped out of the movie Hall Pass because she thought her arm “looked so fat” on camera. After that, the only movie she did was Easy A, which is such a good movie, according to everyone except Amanda Bynes. She hated her performance and the way she looked in the movie, and after seeing it while she was high, she decided she needed to stop acting. In a move straight out of every publicist’s nightmares, she announced her retirement abruptly on Twitter, and she hasn’t acted since.

After that, it sounds like she basically spent her days getting blazed out of her mind and tweeting anything that popped into her head, which is an absolute recipe for disaster (and also my typical Saturday night). This quote says it all: “Everything I worked my whole life to achieve, I kind of ruined it all through Twitter.” She doesn’t specifically mention asking Drake to murder her vagina, but she does apologize to everyone she hurt.

Amanda says her erratic behavior was always the result of drug use (mostly weed and Adderall, with a little coke), and not mental health issues. The one thing that’s really missing from the interview is any mention of her multiple arrests or trips to rehab. I’m glad things are going well for her, but we’re really not going to bring up the DUI, or the bong that she threw out the window, or that infamous blonde wig? I have not forgotten about these events, and I still want answers.

But really, it’s amazing that Amanda has been sober for almost four years, and I wish her continued success in her recovery and in the fashion career that she says she’s working on. We probably won’t be getting a What A Girl Wants sequel anytime soon, but I can live with that for now.