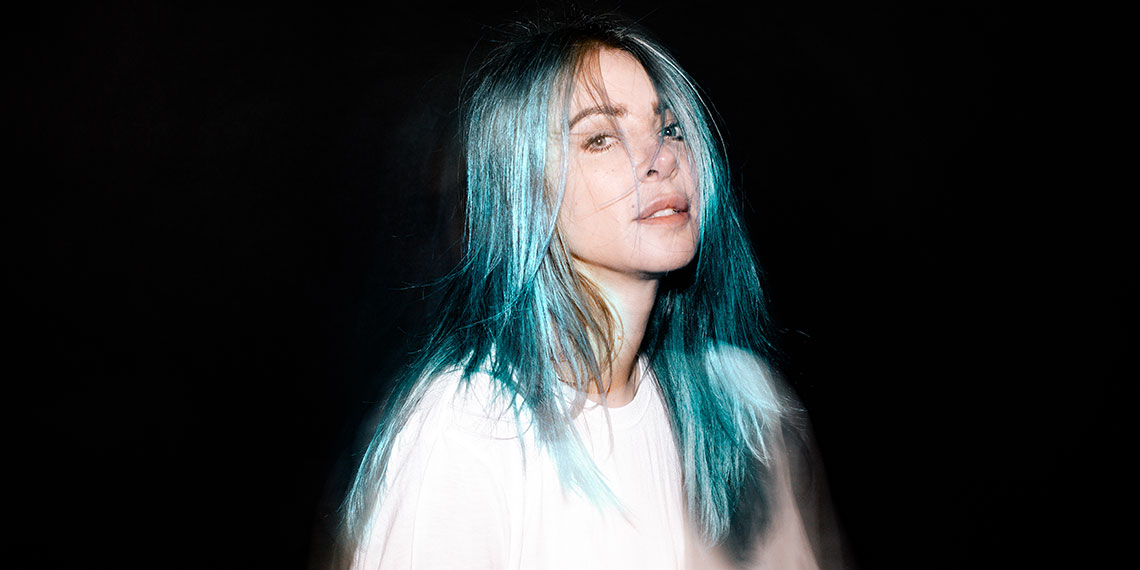 Looking at her Instagram, you might think Alison Wonderland is a Gen-Z influencer and not a veteran DJ who’s played festivals like Coachella (where she is the highest-billed female DJ in the festival’s history) and Electric Zoo, where she’s headlining Sunday night. With her ever-changing hair (that seems to be hovering around lavender right now), signature oversize T-shirts, and blasé expression, she seems to have that cool girl DGAF vibe. And with a Facebook bio that simply reads “I spin at places you want to hang out at, making you shake your ass like Beyoncé on crack” and a link to her new single “Church”; a pretty bare-bones website that simply lists tour dates, Instagram photos, and reads “F*ck me up on a spiritual level”; it’s easy to surmise that she doesn’t actually give a f*ck.

when mercury is in gatorade

That assumption could not be further from the truth, though. The classical cellist-turned-celebrated DJ won the 2018 Billboard Dance Breakout Artist Award, and her sophomore album debuted at number 1 on the Billboard Dance/Electronic charts. Wonderland has sold out two dates at the iconic Red Rocks Amphitheater—she’s one of just two Australian artists to accomplish that—and recently released a new club track, “TIME”, with New Zealand electronic/trap artist, Quix. That comes on the heels of her acoustic remix of “Peace”, which features her vocals. And her album, Awake, has racked up over 150 million Spotify streams since its April 2018 release. In short, none of these accomplishments are those of someone who does not care.

In fact, for someone who just appears to be so effortlessly cool, she gives a lot of f*cks. Back in June, she posted on her Instagram a declaration that she’ll be playing 90% of her own music at festivals from now on. That should be a no-brainer, but in today’s festival scene, where people just go to hear remixes of the same five songs, such an assertion was nerve-wracking for Alison.

No disrespect to old town rd just using it as an example. Love u all. See u at the next show

“I was really nervous to post that, but I didn’t want to let fear get in the way again,” she told Betches. The gamble ended up paying off in the end, though, because as she says, “It was one of the best things I have done. I feel it has been so positively received and I have gotten so much support for it. It has genuinely taken me to a new level as an artist.”

In addition to being well-known for her music, Alison often shares her struggles with mental health with her fans and speaks about the importance of mental health awareness. In fact, just last week she made the difficult decision to cancel some of her European tour dates due to “mental and physical exhaustion.”

im sorry to anyone coming to my shows this weekend in Europe. Please read pic.twitter.com/brcCc9vZMf

But Alison is poised for a triumphant return to the festival scene, telling Betches, “I’m excited for that New York energy!” at Electric Zoo this Labor Day weekend on Randall’s Island. She has a lot of upcoming projects in the works, but tells us coyly, “I don’t want to ruin the surprise but there is a lot.”

While we’ll have to wait to find out what else she’s up to, for now you can listen to Awake and check out this Labor Day playlist Alison made just for Betches readers.