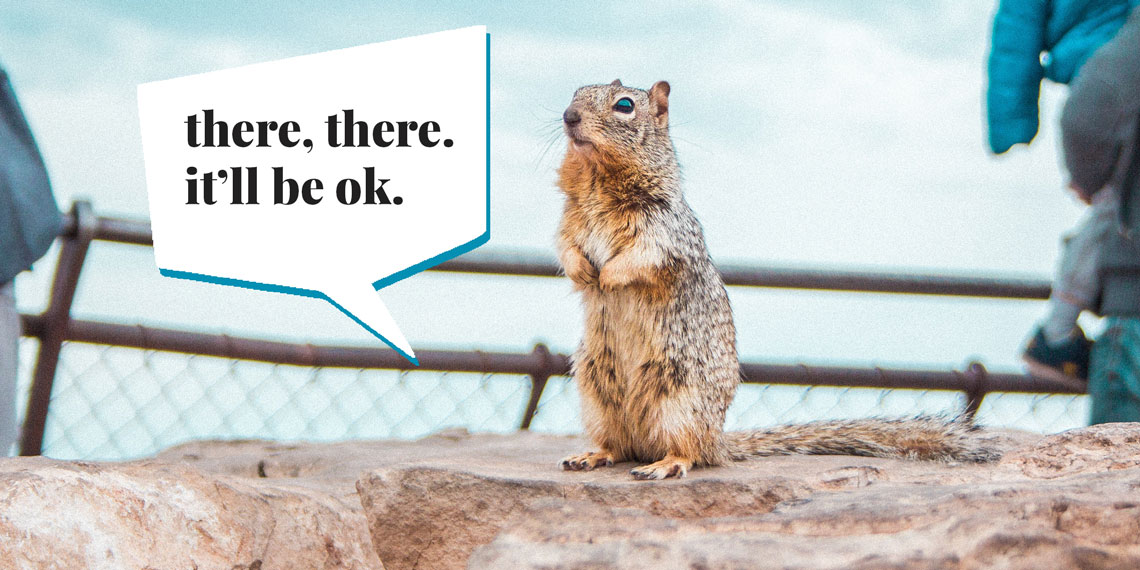 I will complain about almost anything hate to complain, but this “genocide celebration” three-day weekend has really thrown me off. Specifically, I’ve been convinced it’s Friday since Tuesday, and my mood has greatly suffered for it. On the bright side, the rest of America seems to be feeling cranky too. One Florida woman, for example, tried to take an emotional support squirrel on a plane this Tuesday. While this kind of story doesn’t exactly renew my faith in humanity, it definitely makes me feel better about acting like a crazy b*tch all week. There’s crazy, and then there’s emotional support squirrel-on-a-plane crazy. Here’s how the real-life drama of Snakes on a Plane a squirrel on a plane played out.

The woman (unnamed, but pictured here) was flying out of Florida, which makes perfect sense. Case closed, bring in the dancing lobsters. JK. She notified Frontier Airlines that she’d be bringing an emotional support animal when she booked her ticket. But of course, she failed to mention the species. Somehow, the presence of a squirrel in her purse didn’t become an issue until the plane was fully boarded. I have a TON of questions for Orlando TSA, because I can’t seem to get an extra half-ounce of makeup remover through security, let alone a f*cking SQUIRREL.

Unsurprisingly, passengers objected to the presence of a squirrel in their midst. I can’t speak to Florida squirrels, but the ones in NYC are bushy-tailed disease monsters, so I’m fully on the passengers’ side here. Frontier Airlines—who clarified that their emotional support policy covers cats or dogs, but not rodents—asked her to exit the plane. When she refused, police came and all passengers evacuated the plane, leading to this spectacular video.

Ultimately, this whole debacle delayed the flight by two hours, which would have been enough for me to murder that squirrel in front of her throw a small fit. According to one extreme pushover fellow passenger, “for the most part, people found it funny.” I mean, they’re right that it’s f*cking hilarious, but very big of them to see that in the moment.

I just feel like if you are able to wrangle an actual squirrel without getting rabies and THEN teach it how to provide emotional support, the airline should just let you take it on the plane.

The point here? Uh, people are f*cking nuts and it’s really funny. Also, if you’re going to delay someone’s flight, at least have the decency to make it a good story.