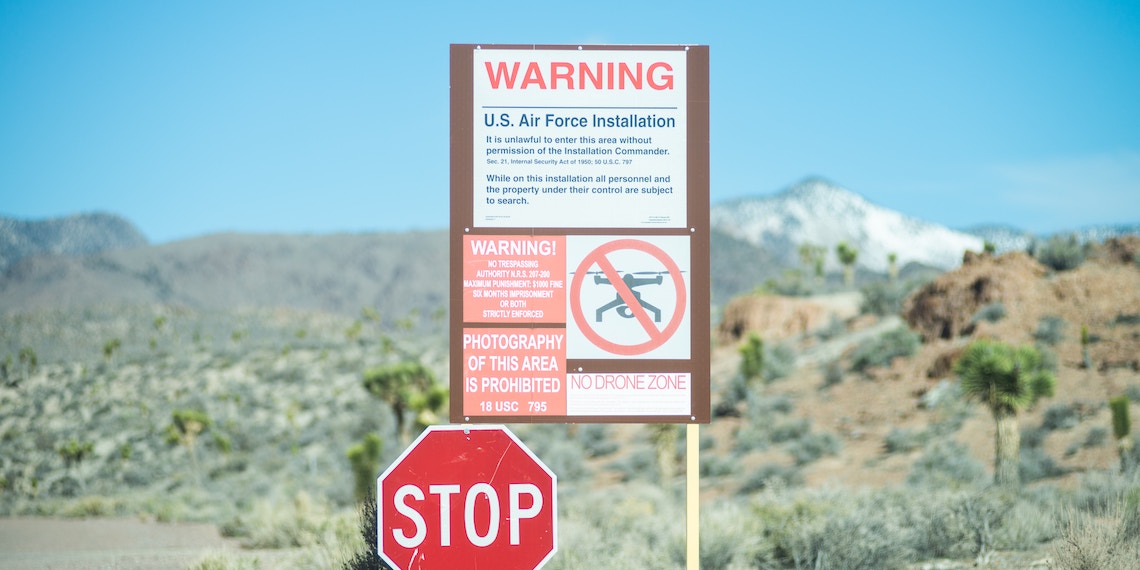 A Roundup Of The Funniest Area 51 Memes

If you’re like me, you probably don’t spend a ton of time thinking about aliens. I don’t have any proof that they’re not real, but the whole idea of UFOs crashing in the desert has always seemed a little unrealistic to me. But just because I don’t care about aliens doesn’t mean I can’t enjoy memes about aliens. Over the past week, a Facebook event promising to raid the top-secret military base at Area 51 has gone totally viral, it’s pretty much the weirdest, funniest thing happening on the internet right now.

The event is scheduled for September 20, but it’s unclear if anyone is actually planning to show up. Over a million people have RSVPed, but the US Air Force has advised people against trying to storm an active military base. I can’t imagine why they would have an issue with this! While the details of the event are a little confusing, the memes have been amazing. Here are some of the best ones.

So my mom said she can take us to area 51 or pick us up, but she's not doing both.

I’m having visceral flashbacks to arguing with my mom over how much she was willing to drive my ass around. My mom would definitely have nothing to do with this nonsense, though.

the aliens at #Area51 waiting for the we outside text pic.twitter.com/3ZVywYKtg7

Okay but this is literally me. I’m cursed with being the fastest friend to get ready, so the amount of times I’ve been waiting for my friends to text me that they’re ready is honestly insane. Glad to know I have something in common with the aliens.

I can already see people booking flights to Nevada and risking their lives just to get a funny Instagram pic. It’s exactly like Coachella, just with armed guards instead of an Ariana Grande concert at the end. Also, there probably aren’t any influencer parties.

YOOOOOO. The biggest hazard of unleashing aliens on the world is that I’m sure their species has plenty of f*ckboys too. The truth is out there or whatever, but so are the “u up?” texts.

While there’s a high probability that all alien men are assholes, what if they’re not? Human men are trashy enough that it  might be worth it to give aliens a try. It literally can’t get any worse.

Government:*pulls up to my house* Sir do you have an alien if so hand it over
Me and everyone who raided Area 51:#Area51memes #Area51 pic.twitter.com/lDuQeFQ1X7

I’d just like to put it on the record that this is my favorite video of all time. There is never, ever a wrong time for a Real Housewives meme, and I love the idea that we’re all just going to be hiding aliens in our houses. Is this all just an elaborate promotional scheme for the new Men In Black movie? Did you even know there was a new Men In Black movie? I saw it, and it was bad.

This is painfully applicable to every single part of my life. If it is important, I do not care enough to get out of bed. If it is a viral meme that started as a sh*tpost on Facebook, I am way too f*cking hype. It’s my biggest flaw.

me after I save an alien but it keeps making jokes about destroying mankind #Area51memes #area51raid #Area51 pic.twitter.com/moPxY6x7RQ

The biggest problem with kidnapping a bunch of aliens (aside from the fact that they’re not real) is that we don’t know what their intentions are. Maybe they look all furry and cute, but we have no idea what they’re capable of. Let me just remind you that I saw the new Men In Black movie, so I know how wrong these things can go.

the guards laughing at us after we enter area 51 and see no aliens #Area51 #area51raid #Area51memes pic.twitter.com/NCYtTDh1QW

As funny as these memes are, the real joke is any of us thinking that there are actual aliens being hidden in the middle of nowhere in Nevada. I love The X-Files as much as the next person, but that sh*t is fictional. Please, please don’t risk getting shot down in the desert just because of a troll Facebook event.