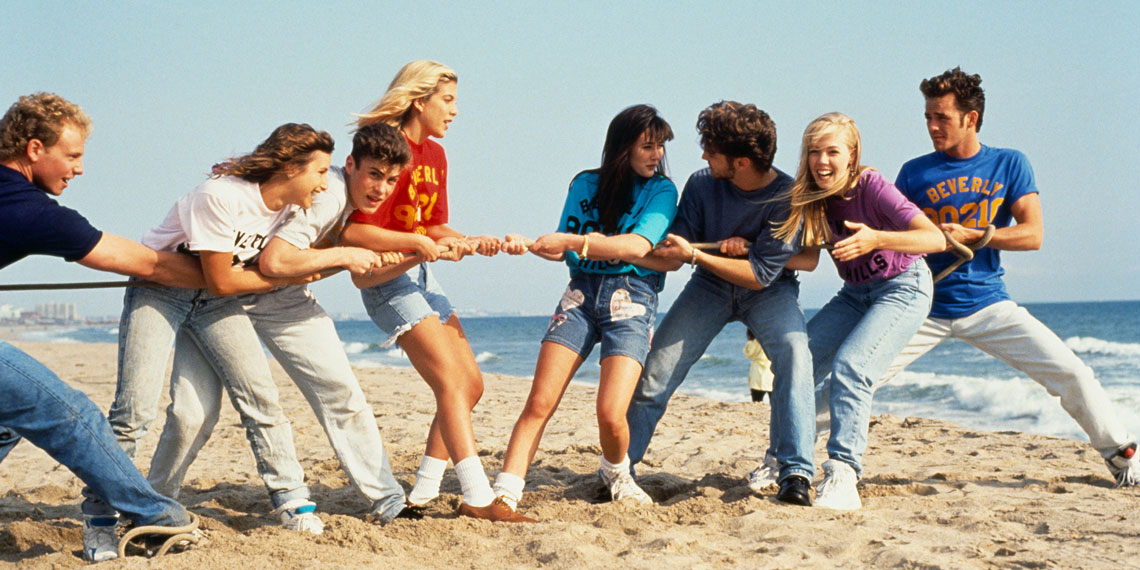 Few events fill us with a warmer sense of nostalgia than when our favorite actors from beloved TV shows reunite for a quick dinner or a picture. Like when Courteney Cox, Lisa Kudrow, and Jennifer Aniston reunited for an Instagram selfie, or when the stars of Clueless appeared on a panel together and then snapped a cute pic. I mean, the only thing better than one of these little reunions, which is really just former cast members hanging out together, is when the actual show comes back for a reboot. Well, 90s kids, today we’re getting a little bit of both, because two stars of the classic Beverly Hills, 90210 hung out and uploaded an Instagram ahead of the show’s reboot.

The new Beverly Hills, 90210, which will be called BH90210 (original) went into production in May, and is basically an imagining of what would happen if all the original actors (Tori Spelling, Ian Ziering, Gabrielle Carteris, Shannen Doherty, Jennie Garth, Brian Austin Green, and Jason Priestley) got together to make a revival of Beverly Hills, 90210. Uhmmm, what? That’s confusing because it’s literally what is happening. This is all too meta for me. And this isn’t the first time that there’s been a reboot of the iconic show—the CW had its own 90210 series that aired from 2008-2013, and not a single person I know watched it, but clearly it did pretty decent if it stayed on the air for 5 years.

Anyway, the new BH90210 reboot is supposed to air August 7th on FOX. But in the meantime, Shannen Doherty and Jason Priestly got together on some sort of farm (?) in front of a log cabin (?) and posted a pic. “And just like that, the twins are back,” she captioned the pic. If you’ll recall, Shannen and Jason played twins Brenda and Brandon Walsh (those names, I can’t), until Shannen left in season 4 and she was written out of the show.

Most of the original Beverly Hills, 90210 cast will be returning for the reboot, with the exception of Luke Perry, who sadly passed away earlier this year, and Tiffani Thiessen, who is busy filming her Netflix series, Alexa & Katie. BH90210 is set to start airing August 7, so set your DVRs now (are DVRs still a thing?).