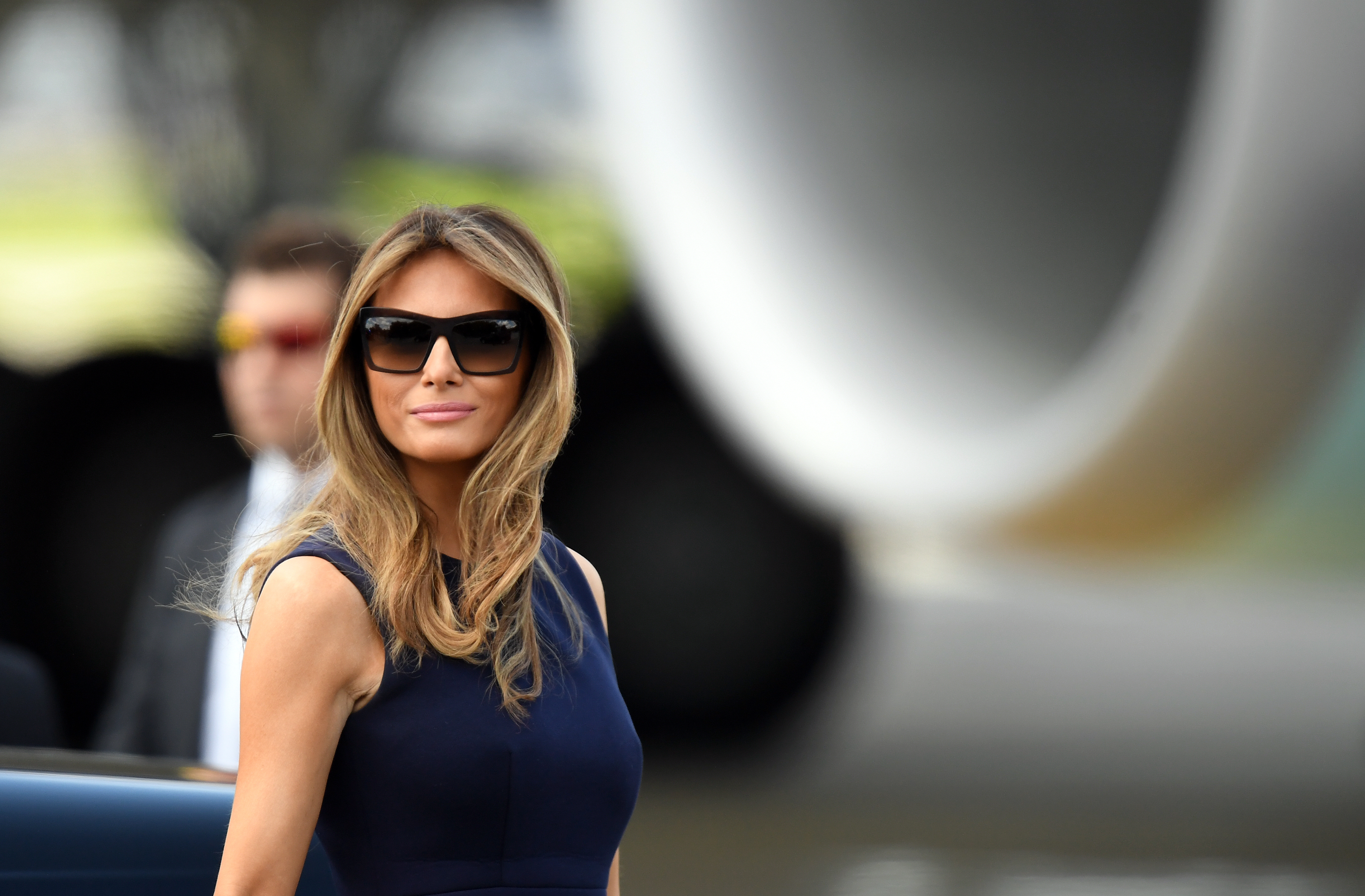 A Brief History of #FakeMelania

There’s one person in Trump’s inner circle who isn’t given enough credit for just how hard they work and that is, of course, his wife. No, not Melania, but the body double who plays Melania. Is it true the First Lady has an impersonator? No one really knows (except of course, Melania and her body double.) Either way, there’s no way Trump has detected a difference between his ice queen wife and the many actors she has spending time with him on her behalf.

Where did these rumors about the many women subbing in as Melania originate? Let’s take a look.

October 2017: The First Fake Is Spotted

Trump spoke at a US Secret Service training facility with his wife by his side, but people of the world wide web wondered who hid behind those cartoonishly large sunglasses.

Let me save you some time from looking it up. It's not her. pic.twitter.com/IJjHEzWs8p

In between the #FakeMelania sightings it should be noted that the First Lady was not seen by the public for like 25 days. Perhaps she was holding a casting call for more body doubles? Maybe they were all on some sort of retreat together for an immersive theater program?

Almost a year and a half later, the body double is spotted again. This time, again at Trump’s side, while he visited the site of Alabama’s deadly tornadoes. Twitter is lit up again with the conspiracy that someone is being hired without tax dollars to impersonate the world’s most boring woman.

The recasting of Melania is the worst I've seen since they recast Aunt Viv in Fresh Prince #fakemelania pic.twitter.com/HDIMi7FDAh

As is the recurring theme with all of our president’s tweets, he lashed out at the fake news for orchestrating this #FakeMelania conspiracy theory. What he did not notice and you, dear reader, likely did is that the person who started this theory’s handle is currently “BuyLegalMeds.Com” which sounds straight out of Trump’s Russian bot fever dreams, and not, say, a national media outlet.

The Fake News photoshopped pictures of Melania, then propelled conspiracy theories that it’s actually not her by my side in Alabama and other places. They are only getting more deranged with time!

This conspiracy theory is likely just that, a conspiracy theory. And realistically, what woman other than Melania would willingly sign up to hold the president’s hand? No Oscar is worth that much acting. But at the same time, Melania going to such lengths to avoid holding his hand is also incredibly relatable. A mystery is remains…

Me: I can't deal with all this fake news, it's harming American democracy