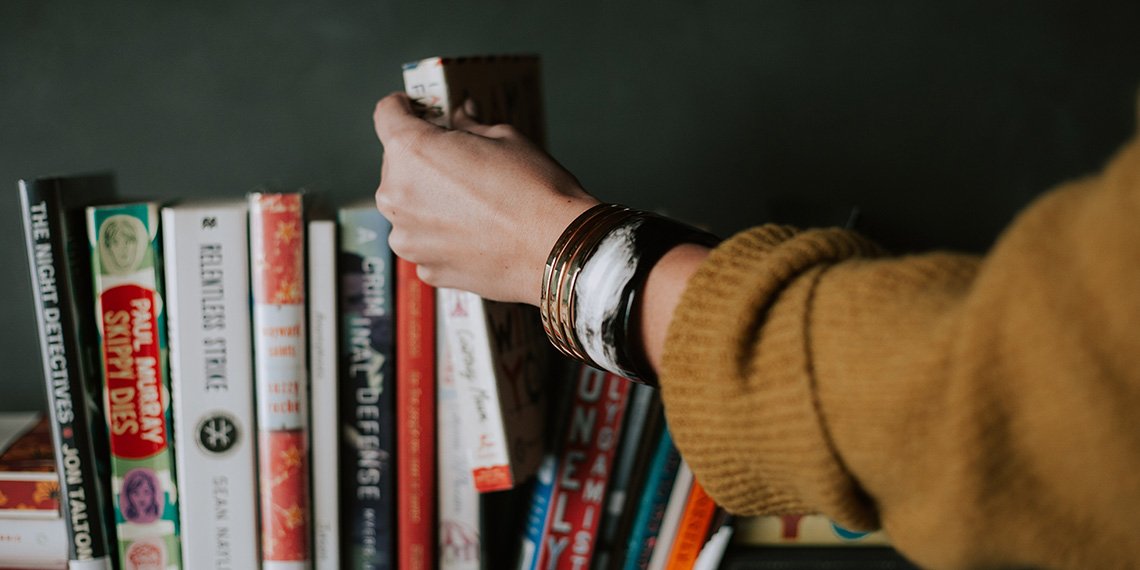 Who’s been watching all the TV? With a pandemic pushing forward, there’s not much else to do on a Friday (and Saturday and Sunday) night but hit up DoorDash and turn on Netflix. However, well into August, there’s a good chance your watch lists are drying up. If you’re not-so-patiently waiting for your favorite shows to premiere and those new movies to finally drop, we’re with you. It’s a drag.

But we come bearing solutions. The wonderful world of movies and television may be on pause, but books haven’t missed a beat. The publishing industry is still pushing out new releases, and many of them are reminiscent of popular binge-worthy shows and upcoming blockbuster films. As you’re waiting around for that premiere date to finally get locked in, these books will tide you over.

For fans of Mindhunter

Season two of the suspenseful Netflix series left off as Bill’s home life was crumbling and the mystery of young Black boys turning up murdered in Atlanta was left unsolved—a scapegoat taking the fall. The green light for season three is still on hold, not just because of COVID, but also because the director is focused on other projects. Luckily, Matthew Farrell’s Don’t Ever Forget drudges up crimes of the fictional past. It all starts when a state trooper is murdered. Investigator Susan Adler traces evidence back to an elderly patient and his caretaker, which reopens two cold cases from years ago. As more people start to turn up dead, Susan and her wingman Liam have to find answers fast.

For fans of The Nightingale

Kristin Hannah recently announced her hit book Firefly Lane will be adapted into a Netflix series, but fans of the author are also anxiously waiting for The Nightingale to release. The drama set during World War II is set to feature the Fanning sisters (Dakota and Elle). With the release date postponed one year to Christmas 2021, We Came Here to Shine by Susie Orman Schnall will fill the void. It checks the historical fiction box and features two strong female characters. As two friends come together in 1930s New York, they’re determined to take the future into their own hands. Realizing that men have too much of a hand in their personal and professional happiness, they team up to make their dreams come true at all costs.

For fans of Where the Crawdads Sing

Reese Witherspoon announced plans to adapt the bestseller for the big screen, but everything from the cast to the release date is yet to be determined. As you wait for details to trickle their way into headlines and pray that production doesn’t get delayed, get into some similar reading. Fans of Crawdads will get lost in The Best Part of Us by Sally Cole-Misch. Beth treasures her summers spent at her family’s lake property in Canada lake, her brother’s paintings of the serene setting and all. Fourteen years after her family was forced out, Beth’s grandfather calls her back, and she’ll have to make tough choices. With themes of loyalty, nature, and survival in play, you may have some major Crawdad vibes.

For fans of The Undoing

The Undoing miniseries will hit HBO courtesy of David E. Kelley (Big Little Lies showrunner), but the story itself is based on Jean Hanff Korelitz’s novel You Should Have Known. As you’re waiting for the miniseries to debut, you can devour The Wife Who Knew Too Much by Michele Campbell. When Tabitha is reunited with an old love after his wife takes her own life, a woman he never loved, she becomes a convenient suspect. She finds a diary with one simple statement that changes everything: “I’m writing this to raise an alarm in the event of my untimely death… If I die unexpectedly, it was foul play, and Connor was behind it. Connor—and her.”

For fans of Gossip Girl

It’ll be at least 2021 before the confirmed Gossip Girl reboot hits HBO Max. What will the story be this time? Will Blair and Serena still be at the center? Who’s the new Chuck? Fans of the cult classic may have to wait to find out what drama will unfold, but in the meantime, author Jessica Goodman has written a story about elite prep school kids that’s giving fans a major Gossip Girl feel. Goodman’s They Wish They Were Us centers around the murder of Shaila. Despite the tragedy, her best friend tries to start fresh. She’s admitted into their school’s secret society and set for an epic senior year. Except, she can’t help but feel the wrong guy is doing time for the death of her BFF.

For fans of Daisy Jones and the Six

There’s still no official release date for the TV series adaptation of Taylor Jenkins Reid’s bestselling novel about a fictional 70s rock band. And fans may be just as eager to hear the original music as they are to binge the episodes themselves. Solo by Kwame Alexander has a similar musical charm, sucking you into the lyrical world of Blade and Rutherford—a son and his washed-up, ex-rock star father. The story takes you through their heartache, hopes, and healing while the music that consumes them colors the journey.

For fans of Dune

The long-awaited Warner Bros. remake of Dune already had its release date pushed back once, and the new release date of December 18, 2020 has fans eager for what could be the new Star Wars. While we wait for this star-studded film’s release, another star has released just the book to meet our galactic needs. The Tinderbox: Soldier of Indira by Lou Diamond Phillips (La Bamba, Prodigal Son), is an unforgettable science fiction fantasy tale about a solider forced to serve. When a battle with mortal enemies goes wrong, Everson finds himself stranded on an unfamiliar planet where everyone is out to get him. But will forbidden love with an unexpected enemy be their chance to end this war once and for all?

For fans of The Woman in the Window

This eerie movie filled with A-list names such as Amy Adams and Julianne Moore has had a bumpy road to the big screen. After being delayed once due to early audience reactions, its release was postponed again due to COVID-19 and issues finding a streaming platform. While Netflix finalizes an acquisition deal, we recommend reading Lucy Foley’s chilling thriller The Guest List to hold you over. When a glamorous wedding celebration on a remote Irish island turns dark, not everyone will leave alive. Who didn’t wish the happy couple well? And why?