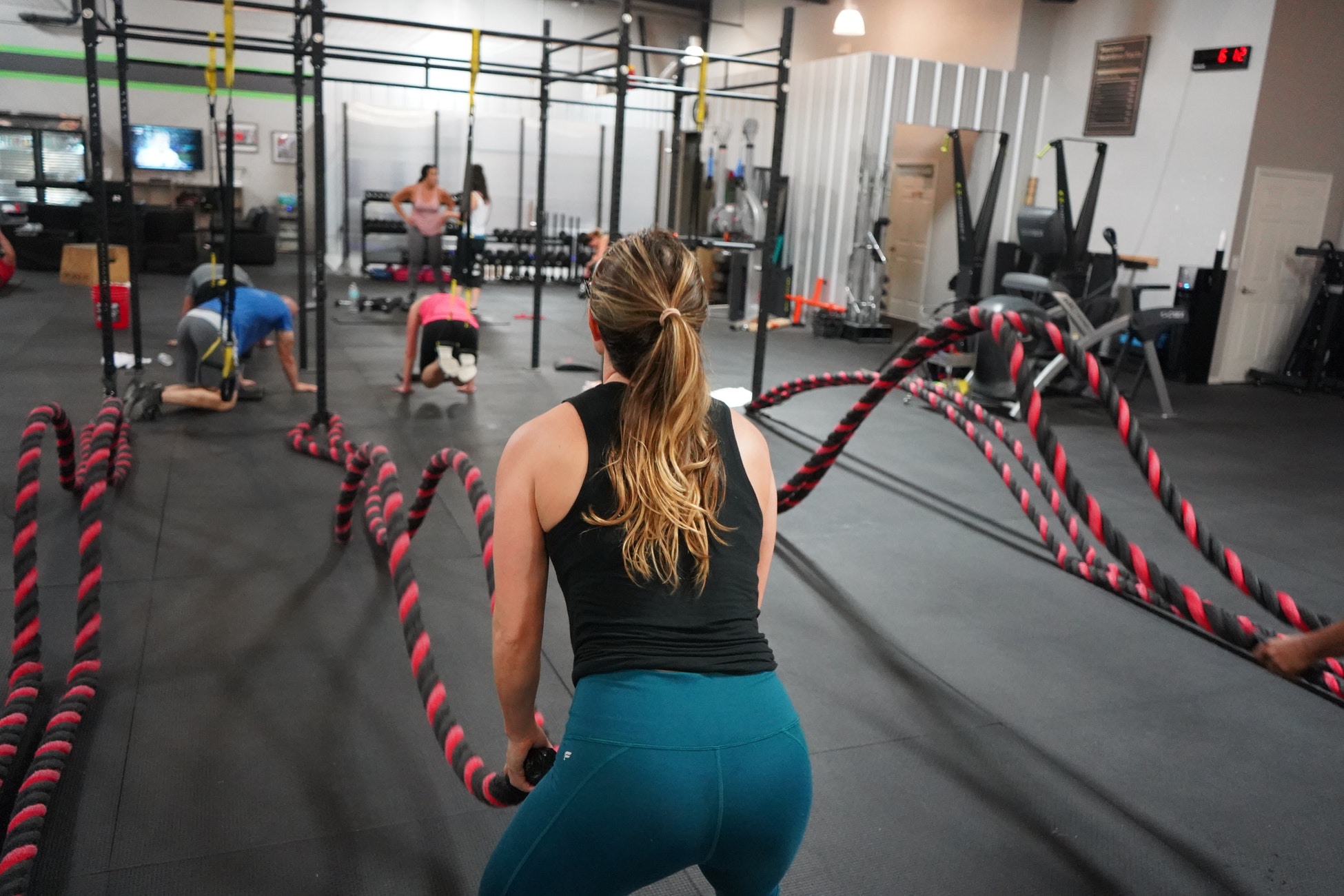 6 Tips To Not Give Up On Your Fitness Routine

Trying to get in shape is no easy task. It feels like there are constantly things pulling you in the opposite direction of your goals, like the Shake Shack that so conveniently sits on your route home from work or the couch that literally absorbs you oh so comfortingly when you even have a thought about going to the gym. Luckily, Sami and Aleen spoke to celebrity trainer Jordan Syatt on the latest episode of the Diet Starts Tomorrow podcast to pick his brain about the most effective ways to go about staying committed to a fitness goal. Spoiler alert: most of them have to do with your attitude, so prepare to be told to stop whining and making excuses for yourself (in a nice-ish way, though, because believe me I understand the struggle).

1. Not Every Workout Is Going To Be Great

In order to stay motivated, you have to accept the fact that not every single workout you get through is going to be life-changing and exponentially increase your strength, just like you (unfortunately) can’t expect a six pack after doing sit-ups once. “For every five workouts, you’re gonna have one workout that’s f*cking amazing, you’re gonna have one workout that’s f*cking awful, you’re gonna have three workouts that are like, ‘eh, I got it in,’” Jordan says. “When you know that ahead of time… there’s no need to feel like ‘ugh, what’s the point’ and quit and just go off on a bender and not go back for a week.” So he’s basically telling us to suck it up and curb our need for instant gratification. Fair enough.

Jordan thinks the way people are so scared to step on the scale and avoid it because they can’t possibly bare to handle its toxicity in their lives is so counterproductive to being strong and stable enough in their pursuit of fitness. The reason he believes that people shouldn’t allow themselves to be so sensitive to the scale is because the number the scale tells you is so arbitrary and has so little to do with actual fat loss. “Remember your weight will go up and down, and just because it goes up doesn’t mean you gained fat, just because it goes down doesn’t mean you lost fat,” he explains. He says your weight can spike and drop day to day, which he has proof of because he has literally graphed where his weight was every day for a 90-day period. “We should teach people how to step on it without making it an emotional thing… and really just to start looking at it objectively rather than a pass/fail.” A more accurate way to track your progress with the scale is by checking your weight not daily or even weekly, but only monthly. A month leaves enough time of progress to show the true trends of where your weight is going. “It’s all about consistency over time, and the more you can be logical about it and not let your emotions control your actions… the more successful you’ll be,” Jordan tells Sami and Aleen.

3. Determine Whether You Want To Lose Fat Or Just Get Healthier

If your goal is to live a healthier lifestyle but you don’t feel like you need to lose weight in order to do so, eating clean is a good way to go. But if you actually want to lose a substantial amount of fat, then you simply need to be eating at a caloric deficit. According to Jordan, “Even if you eat clean, too many calories is too many calories. If you want to lose fat, you need to be able to eat the right amount of calories for your body to do that, regardless of whether you’re eating Twinkies or avocado.” If you ever slip up with keeping your calorie intake low, though, it’s really important not to treat it like the end of the world and feel like you’ve totally failed. “No one ever got skinny from eating one salad, no one ever got fat from eating one donut.” One mistake definitely won’t reverse all your progress, so it’s worth it to keep going.

4. Don’t Get Discouraged By A Plateau

When your body seems to be at a standstill and you go some time without seeing any further tangible results, Jordan says to keep in mind that “You’re still making progress, your body’s just catching up.” If you stick with your routine and persevere through the plateau, you will begin to notice that progress again. “Let’s say you’re on the train and the train stops to pick other people up. Do you just say ‘Ah, f*ck it I’m going home. I quit, I’m turning around’?” Obviously thinking about it this way makes giving up seem totally illogical but I WANT A FLAT STOMACH AND I WANT IT NOW, DAMMIT. It’s so frustrating when I can’t enjoy pasta AND I don’t even feel like it’s benefiting me in the way it’s supposed to, but I guess it’s worth it to keep trying.

5. Don’t Use Factors You Can’t Control As Excuses

Ugh, it brings me at least a little bit of comfort to think the way I look is because I just didn’t get the skinny gene, but apparently I can’t even do that anymore. “Genetics play a role in everything, but they do not determine your success,” Jordan says. What he means by this is that a person’s DNA can influence how and where they carry fat and other such things, but it can’t prevent them from getting in shape. People often try to even attribute their struggles with weight and fitness to things actually medically wrong with them at a hormonal or metabolic level, just to find out after a doctor’s visit that they’re totally fine. Jordan thinks these excuses people make for themselves just get in the way of actually doing anything productive to their health.

6. Believe In Your Ability To Succeed

I know this sounds like something you’d find on a cheesy inspirational poster in a high school classroom, but it’s so true. If you don’t think at all about the things that could potentially hinder you from your goals and instead focus on what you can actively do in order to achieve them, it will be so much easier. Jordan says, “If I can leave people with one message, it’s that you can’t f*ck up as long as you get back on track.” YOU GOT THIS!

To hear everything else Jordan Syatt had to say, listen to his Diet Starts Tomorrow episode below.