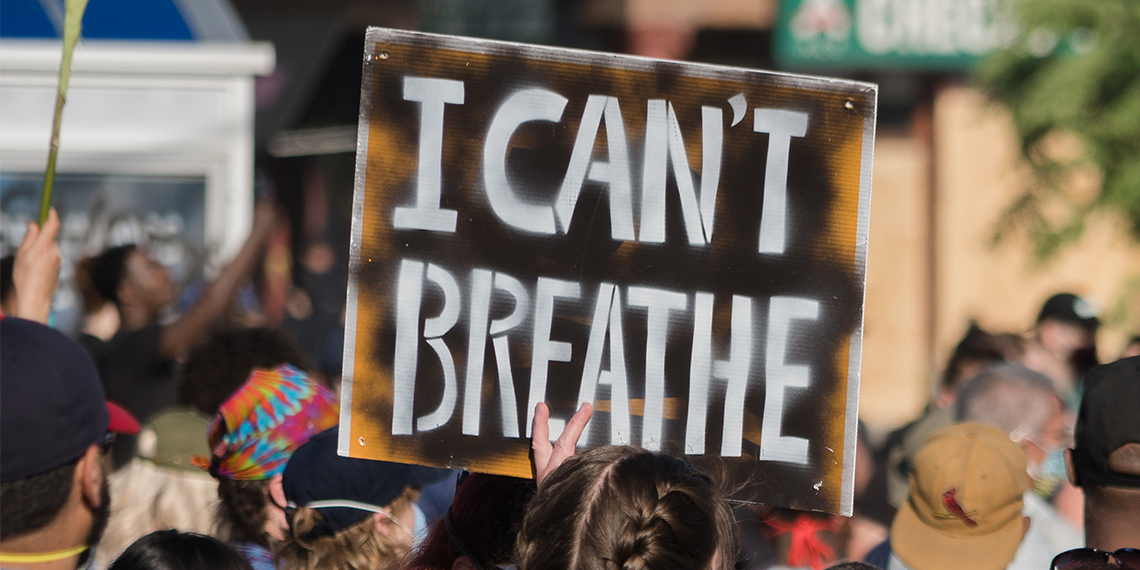 After almost two weeks of demonstrations protesting police brutality and racial injustice across the country and world, people are still pissed. And of course they are. The change they have been demanding has yet to come, police are proving their point by brutalizing them in the street, and so the fight rages on.

The protests come after national outrage over the police killings of George Floyd and Breonna Taylor. George Floyd was a 46-year-old Black man who died on the streets of Minneapolis, Minnesota after a white police officer, Derek Chauvin, kneeled on his neck after detaining him for allegedly using a counterfeit $20 bill. Breonna Taylor was a 26-year-old Black woman who was shot by police in her own home after police broke in with a battering ram and a “no-knock” warrant for reasons that still remain unclear.

Floyd’s and Taylor’s deaths — and the murder of Ahmaud Arbery in Georgia — have been the tipping point for rage over racism and police brutality in America.

The systemic racism that has been rotting inside the core of this country since the day it was literally built on the backs of slaves is not going to disappear in one night. Eradicating racism is going to take a lot of work, time and perseverance. Right now we are seeing people finally stand up and eagerly look for ways to help with the Black Lives Matter cause. That’s fantastic, but this movement is going to require more than marching and donating. (Both great things that, if you can, you should absolutely be doing!)

It’s going to take an attention span that has been historically unreliable among allies after movements lose their initial buzz and momentum. The best way forward is to keep paying attention and find ways to help every step of the way. It can feel overwhelming, so finding something to focus on can be really helpful. With this in mind, we’ve put together a list of ways you can fight police brutality in your community.

A new trend that circulating social media allows you to click a link that will lead you to a pre-written email to send to your elected officials. This link has a compiled list of emails by state, with a drafted letter to reallocate police budgets towards education, social services, and dismantling racial inequality.  The email addresses of the elected officials are already included, so all you have to do is fill out small details like your name and address. It’s that easy.

Pick up the phone and remind your elected officials that they work for you, and if they want to continue to have that job they’re going to need to lay out concrete plans to fight police violence. Ideally, they should have plans to reconsider local priorities, first by slashing the police department’s budget and reallocating the funds to social services and the like.

Here is a link that can help you find contact information for all of your local elected officials. Have at it.

And while you’re at it, get in touch with your friends & family and talk to them about police brutality and make an argument for defunding the police. If you need some resources to help prepare you for this chat, here is a good article that lays out how it would work and why it makes moral and logical sense.

Here is a particular petition to suspend the export of arms and riot gear to America during violent attacks by US Police. Police are showing up to protests with shields, batons, tear gas, and pepper spray and using them to violently detain citizens. They are reacting to protest of police violence by inflicting police violence.

If you’re able, join the people in the streets. Protesting is working. After the continuous demonstrations over the past several days, all four officers involved in the murder of George Floyd are in custody. Derek Chauvin, who murdered George Floyd by kneeling on his neck for nine minutes, has been charged with second-degree murder, and the other three officers who stood by and watched as Floyd begged for his life and repeated that he couldn’t breathe, have been charged aiding and abetting second-degree murder. This is a good start.

Massive protests show the government that the people who elect them are paying attention and are outraged. Showing up means making a clear stance that you, we will not tolerate this violence and injustice in our country.

America is watching, and this is all a massive headache for leaders (good). Let’s show them that headache will continue until we see massive change.

Here is a document that lays out how to protest safely.

Donating is a big one right now, and there are a lot of lists out there with amazing organizations that will use the money to fight racial injustice. But another way to put your money where you mouth is is to donate to progressive candidates running for local government seats.

We keep being told to vote (see below) in order to help, but often times the people who make it all the way to the ballot are not progressive enough to commit to policies that could threaten their support among law enforcement. We need to make sure we select candidates who believe in fundamentally changing the system, so we know we can count on them to enact concrete change.

Here is a link that allows you to search what local elections are coming up by state. Use it as a resource to do further research and figure out who is on the ballot, so you’re prepared when you go to vote in your local election.

And again, donations of all kinds are helpful right now. Here, we’ll split your donation between four groups working to dismantle white supremacy and demand racial justice across the country.

By all means, keep donating. But you know you already pay the people responsible for keeping communities safe, right? With that huge chunk of your paycheck? Presidential and other national elections are bright and shiny. But when it comes to police, it’s your state and local officials who hold most of the power in their hands. Don’t believe it? Take it from our Forever President Barack Obama:

“The elected officials who matter most in reforming police departments and the criminal justice system work at the state and local levels,” he wrote this week:

“It’s mayors and county executives that appoint most police chiefs and negotiate collective bargaining agreements with police unions. It’s district attorneys and state’s attorneys that decide whether or not to investigate and ultimately charge those involved in police misconduct. Those are all elected positions. In some places, police review boards with the power to monitor police conduct are elected as well. Unfortunately, voter turnout in these local races is usually pitifully low, especially among young people — which makes no sense given the direct impact these offices have on social justice issues, not to mention the fact that who wins and who loses those seats is often determined by just a few thousand, or even a few hundred, votes.”

Here’s the deal: politicians are fucking up, and they know it. That’s why they’re doing everything they can to disenfranchise people — particularly voters of color — ahead of the 2020 election, We’re donating 100% of sales of our “Apathy Has Left The Group Chat” t-shirt (ex. tax/shipping) to the ACLU’s Voting Rights Project, which works to combat voter suppression efforts that disproportionately impact people of color.

You can also check your voter registration right here.