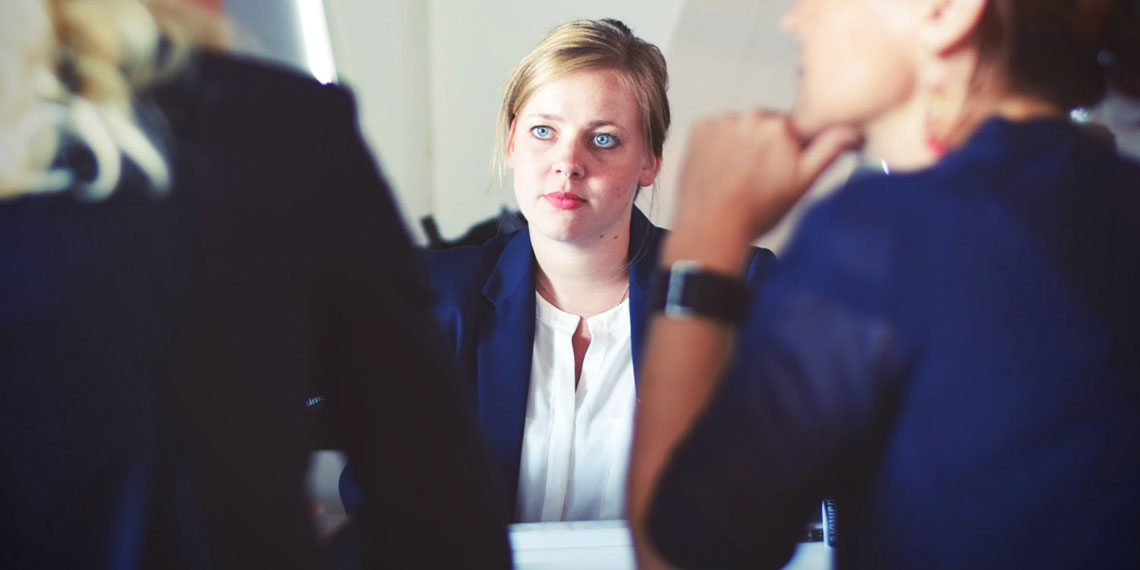 5 Things You Need To Know To Survive Performance Reviews

It’s that time of year. No, I’m not talking the time that we all have Mariah Carey runs on repeat or the fact that we vomit a little bit in our mouths at the thought of *actually* drinking eggnog. Even though this is my literal reality after October 31, I’m actually talking about performance reviews season. Which could also be called, “is this time where I need to look for a new job?!?!” season. The conversation we’re forced to have with our bosses about blacking out at this year’s holiday party regarding how we’re doing with our jobs is about as awkward as I’m expecting Colton to be in fantasy suites.  The awkward conversation detailed what we’re doing great,…and not so great (as if there should be anything on that list!) at work actually could give me hives.

The worst part? If you don’t prepare for performance reviews, your boss probably will have no idea that one time you checked your work email while at brunch, or like, stopped watching Riverdale to finish an assignment. Because your work is probably asking to have this conversation faster than you can say, “Santa Claus is coming to town”, we’ve detailed the five things you need to know to survive and prepare for performance reviews. So stop trying to GTFO. You got this (*she says while looking at inspirational quotes on Pinterest*).

1. Nothing You Hear In A Review Should Be A Surprise

So here’s the deal, if you ask any manager, they’ll tell you performance reviews are a time for professional development and blah blah blah. But here’s the thing—IMO, you should be asking your manager for feedback consistently. Like, at least every 3-4 months. Performance reviews are just the structured time where HR or whoever is forcing your manager to have that conversation.

So if you don’t already, make sure you have a one-on-one with your manager on the calendar. Even though you’re the employee, set an agenda if you don’t already and consistently ask for feedback. This way, you can start sprinkling your little tidbits of the amazing work you’re doing all the time, so you don’t have to hope your manager remembers during your review. The bottom line is, nothing in a performance review should be like, a total shock. If your boss has something negative to say feedback, embrace the feedback and even add in that you’d like that feedback more often in the future. So you can work on your development and sh*t.

At least in my experience, I usually have had to rate myself during performance reviews. And as much as this reminds me of elementary school where we had to give ourselves the grades we *thought* we deserved (A+, DUH, what’s wrong with thinking you’re GREAT!?), it’s no longer nap time so we have to change our strategy a bit here.

Here’s the deal: if you show up for work on time, do all the right sh*t and don’t get totally wasted at company happy hour, there’s nothing wrong with explaining how well you think are you doing. If you really want to look like a boss betch, prepare a few things you’ve done *really* well before the conversation to use as examples. If there are areas you’d like to “grow” (a corporate-slang term for “improve”), state those areas as well. Maybe you’d like to work on your public speaking or leadership—whatever it is, phrase it as a growth opportunity rather than something you feel under-confident in.

3. You Will Get Feedback

Alrighty, this part’s important. I’ll be the first one to admit, getting feedback is hard. I mean, one time at summer camp I got broken up with a letter and the feedback was f*cking brutal, so I get it.

But srlsy, the best thing you can do when getting feedback is to not fight it. Regardless of whether or not you agree with what’s being said, embrace it. It doesn’t matter what YOU think, this is what someone else thinks, and that someone pays you your pretty little paycheck.

If the feedback seems totally out of left field, ask for examples and clarification. Make it clear you want to WORK on the feedback, rather than just brushing it out.

And then have a glass of wine. Or three.

Saying you *deserve* it isn’t good enough (even though I’m sure you do deserve it). Instead, share some of the projects you’ve taken on, some of your accomplishments and say that you’d like to be compensated for your achievements. If you need more in-depth advice on how to ask for a raise, check out this article on what *not* to say.

5. The Time After Your Review Is Important, Too

The time after your performance review is an amazing time to reconnect with your boss and show your team the boss babe you truly are. If you got any feedback, embrace that feedback, schedule check-ins and really show your team how you’ve grown from the internal conversations. Maybe you’re even to have a career growth conversation and start working towards your next step. If you’d didn’t originally have those regularly aforementioned one-on-ones with your boss, now is the perfect time to schedule the heck out of them. In my humble opinion, part of working for a company (rather than just for yourself) is embracing things like performance reviews with an open mind.

So there you have it. Everything you need to know to survive that time of year where you have to awkwardly sit 1:1 with your boss and hope to f*ck you’re not getting fired. Follow these steps and you’ll be good to go, I promise. Go get em, tiger.

How do you prepare for performance reviews?! Comment below!