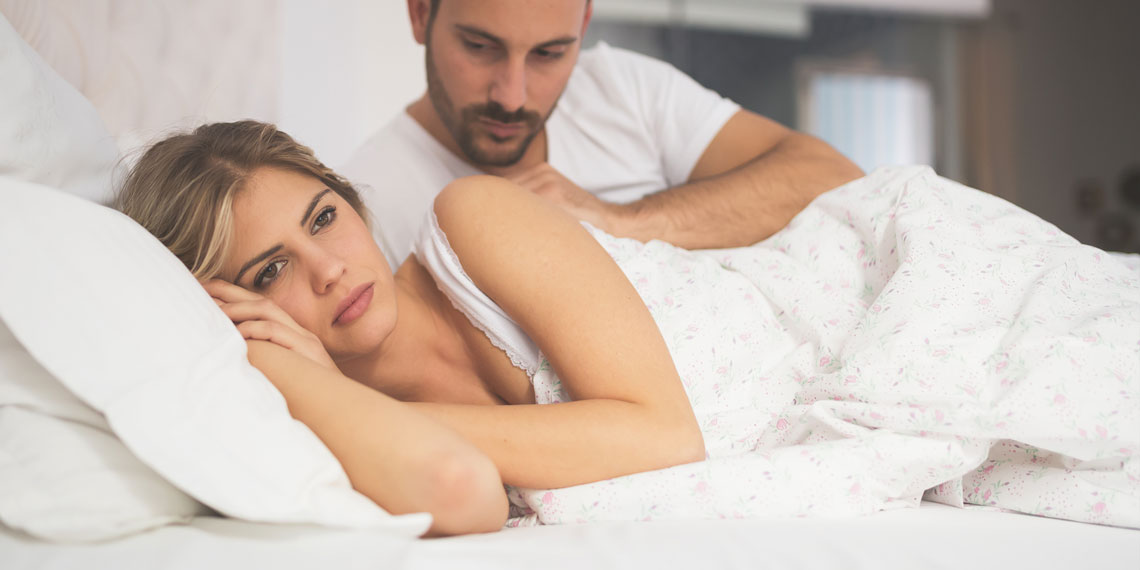 Ever since I was old enough to subscribe to women’s magazines, I have had mixed feelings about them. While I am a believer in self-improvement, the barrage of articles telling me I should change or improve some aspect of myself made me feel inadequate. Never was this feeling more acute than after reading the sex tips offered by these magazines. I thought I was doing just fine in this area and had never received a bad review, but if these magazines were to be believed, I would need to stand on my head and breathe through my nose while blindfolded in order to really impress in the bedroom. I’m all for keeping things exciting, especially in the context of a long-term relationship, but I just don’t see the same dogged dedication to pleasing your partner covered in men’s magazines. So I have taken it upon myself to do the lord’s work and outline some things that men need to stop doing in bed. Feel free to share with the f*ckboy loving partner in your life.

According to sex expert and OG betch Dr. Ruth, “It’s particularly important for women to have successful foreplay because it takes a woman a longer time to get up to the level of arousal needed to orgasm.” While this shouldn’t be news to anyone in 2019, my past experiences and those of my friends sadly prove otherwise. I’d be remiss if I didn’t mention a specific subcategory of offenders here: men who refuse to go down on women. These creatures need to be canceled immediately, no questions asked. Be sure to throw the whole man away if he tries to make you feel like there is something wrong with your vagina. Assuming you’re showering regularly and not suffering from an infection in that area, the problem is him and not you. Any loser that tells you differently needs to be deleted from your phone. If you are one of the unicorn women who don’t need foreplay, that’s awesome (and who are you?), but like dessert at a restaurant, it should always be offered.

I’m not talking about words like “pussy” that, however you personally feel about them, have become part of the lexicon and would be unsurprising to hear in bed. I am referring to words that are a bit more out of the box (pun totally intended). To provide an example, I once had a guy ask me mid-hookup about my “na na.”  After quickly remembering that I don’t call my grandma by that name, nor had this man ever met her, I realized, to my abject horror, that he was talking about my vagina. It was at that point that I went home and proceeded to never text him again. Not only was this extremely creepy, he completely ruined Trey Songz’s “Na Na” for me eternally, which is just unforgivable. When it comes to naming the nether regions, the motto is simple: when in doubt, don’t try it out. Dirty talk is great, but keep the nicknames to yourself.

Personally, having sex to music isn’t my jam (though bad puns most certainly are). This might be the case because every guy I dated who was into doing this was a complete and utter tool, but I digress. I think incorporating music can be a fun way to shake things up, but if both people aren’t into it, it’s a recipe for awkwardness, especially if said playlist is a bit too on the nose. You already know what you’re doing, you don’t need the music to narrate the moment like some washed-up DJ trying to pump up the crowd at a third-rate bar mitzvah. Ginuwine’s “Pony” and Boyz II Men’s “I’ll Make Love to You” have no business on a sex playlist, and any guy that thinks otherwise is probably a virgin, or should be.

5. Entering The Backdoor Without Permission

Engaging in anal sex or any other activity involving the butt is a polarizing topic. There are some who love this kind of action, and others who want nothing to do with it. Regardless of where you fall on the spectrum, I think we can all agree that no great love story ever began with a sneak attack on an unsuspecting butthole. At best, you are in for some major discomfort, and, at worst, a literal sh*tshow. I recently heard a story about a girl who ended up with an actual hemorrhoid because some douchelord thought it was okay to bite her ass without so much as a warning. I wonder how adventurous he’d be feeling if he were on the receiving end of such a love bite.

I could go one for hours about obnoxious things guys do in the bedroom, but these five are definitely some of the most common and egregious. Any sexual relationship is always better if you can be open and honest about what you want, so if a dude’s definition of foreplay isn’t cutting it for you, demand better or ditch his ass. What are your biggest sexual pet peeves that I didn’t mention?