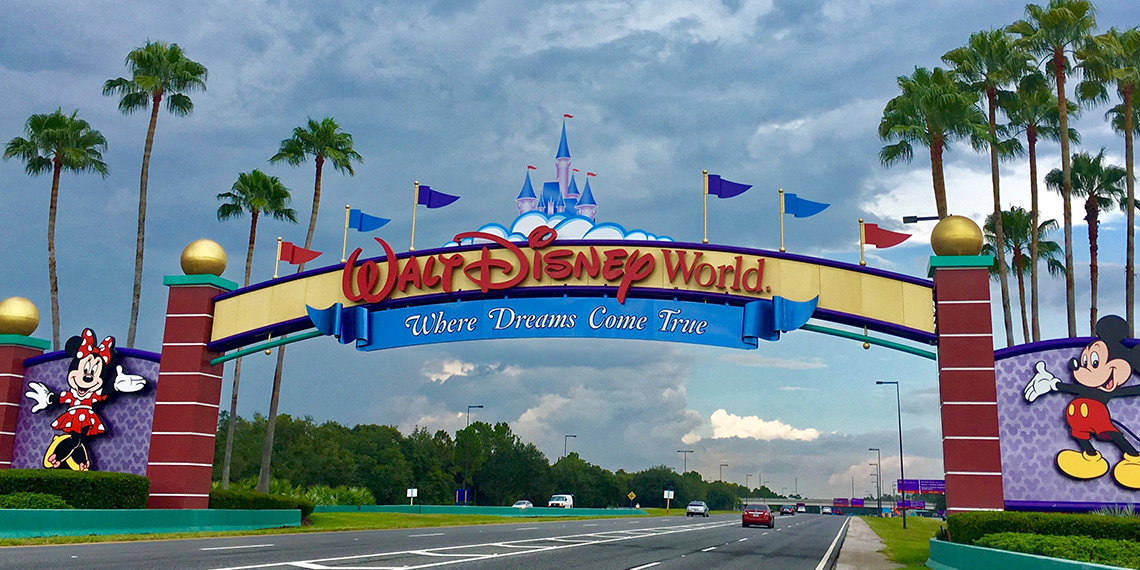 As you’re probably aware if you’re an internet user, Walt Disney World reopened its gates this weekend. The Florida park is Disney’s flagship global property, and after being closed for nearly four months, its understandable that they’re desperate to reopen. But amid a backdrop of exploding COVID numbers in Florida and in much of the U.S., the decision to move forward with a reopening plan announced in May has drawn heavy criticism.

Over the weekend, memes about the reopening went viral, and Disney even pulled one promotional video, which showed Cast Members in masks, after it was set to the skin-crawling soundtrack of Jordan Peele’s Us. Disney remains adamant that they’ve considered everything, and that they can do this safely, but the reopening has turned into a public relations minefield, whether it ends up going well or not. And while it’s easy to laugh at the idea of going to Magic Kingdom in the middle of a global pandemic, there are some real details that suggest this could go very badly.

In case you haven’t noticed, Florida is uh, not knocking it out of the park right now when it comes to coronavirus. On Sunday, just one day after Disney World welcomed its first guests, the state reported over 15,000 new COVID-19 cases, smashing the single-day record for any U.S. state by over 3,000 cases (including New York). According to an NBC News report from last week, Intensive Care Units at more than 40 Florida hospitals were completely full, and ICUs across the state were at 83% of capacity overall. With the continued surge in cases in the last week, those numbers have likely risen.

Meanwhile, Florida government officials are somehow not that concerned, doubling down on reopening plans that center around reopening schools next month. Speaking to reporters on Friday, Governor Ron DeSantis said that if stores like Home Depot and Walmart can be reopened, “you can definitely do the schools.” Aside from the fact that a Home Depot and a public school are wildly different environments, I think a solid argument could be made that Florida hasn’t successfully done anything yet.

Of Disney’s six theme parks around the world, only their Shanghai and Tokyo locations have been able to reopen successfully (so far). Disneyland, their California park, was set to open at the same time as the Florida park, but plans have been put on hold indefinitely as California has reversed its reopening process. There’s currently no target date in place, and with cases in Southern California also skyrocketing, it might be a while.

Across the globe at Hong Kong Disneyland, things aren’t going well either. After closing in January, the park reopened last month with strict guidelines in place. But less than a month after reopening, Hong Kong’s COVID numbers have spiked, and Disneyland is closing once again. New government restrictions limit gatherings to just four people, and mandate that a dozen different types of businesses, including gyms and casinos, must close.

France’s Disneyland Paris is scheduled to reopen this week, with similar guidelines to the other parks that have reopened.

Ahead of reopening its Florida theme park, Disney continuously touted its strict guidelines and regulations that will allow for a safe environment. One of the central aspects of these rules is a mask requirement. Here’s what the Disney website has to say about the policy: “Face coverings are required for all Guests (ages 2 and up) and Cast Members. Please bring your own face coverings and wear them at all times, except when dining or swimming.” Excuse me, SWIMMING? Not to judge, but I wouldn’t go swimming in a Disney World pool right now for a million dollars.

But that’s not the point. Though masks are essentially supposed to be worn at all times, it turns out that there’s a big exception. Throughout the parks, Disney has set up several “Relaxation Stations,” where guests can sit and chill, and are apparently free to take their masks off. Disney World update account WDW News Today tweeted numerous photos of the relaxation areas this weekend, some of which clearly show guests chilling mask-free. Tables are spaced at least six feet apart, but some of the stations are INSIDE.

One of two mask-free “Relaxation Stations” at Disney’s Animal Kingdom. This one’s across from UP! A Great Bird Adventure in Asia. pic.twitter.com/AeDJqv8o9j

A spokesperson for Disney confirmed the Relaxation Stations to the New York Post, saying, “each park offers at least one indoor location with A/C” and that “there is physical distancing and a limited number of guests.” Considering the growing evidence that coronavirus is airborne (meaning the virus can stay in micro-droplets in the air for hours), sitting inside without a mask on in public seems like one of the least smart things you could do.

In the U.S., Actors Equity Association is the union that represents stage performers. and under normal circumstances, Disney World employs hundreds of AEA performers in its shows and parades. Understandably, those performers would like to be tested regularly once they’re back at work, as their jobs don’t really allow for masks or distancing. But when Disney told the performers to report to work last month, they said they would not be regularly testing employees, citing the high number of false negative tests, and stating that they didn’t want to give their employees “a false sense of security.”

After Disney requested performers return to the parks, the union requested that Disney provide their members with regular COVID testing, and Disney backtracked. They rescinded the call for Equity performers to return, and instead have gone ahead with their reopening without union performers. Last week, AEA filed a grievance against Disney, with executive director Mary McColl saying “Rather than agree to testing of performers, Disney has decided to retaliate against workers fighting for a safe workplace during this pandemic.” AEA President Kate Shindle added that the union members are “overwhelmingly eager” to get back to work, but that they cannot do so without the proper safety measures in place.

With all this in mind, I’ve never been prouder not to be one of those adults who’s obsessed with Disney. I like Space Mountain as much as the next person (a moderate amount), but I don’t need to risk my life for one last photo with Mickey.