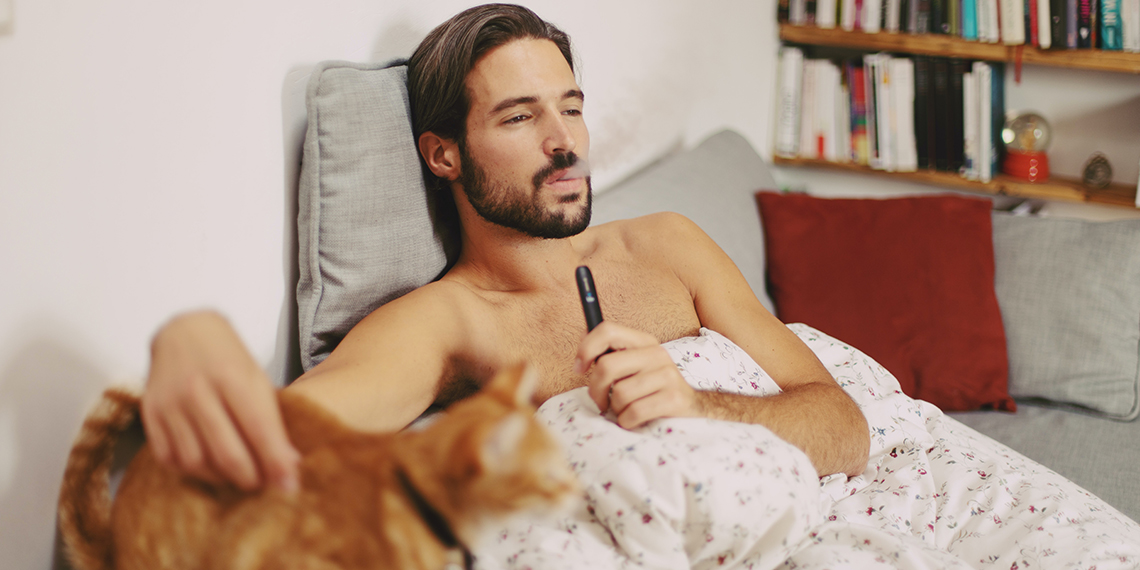 Fuckboys are not always easy to spot in the wild, given their highly adaptive nature and ability to blend in. Any betch that’s been through the Amazon jungle of dating knows that meeting a fuckboy now is like finding a Rattata in the original Gameboy Pokemon—it’s common AF but you always hope it’s something better. The key to getting rid of the fuckboys in your life is to know how to identify early signs of fuckboyism before you get too attached. Here are some telltale signs the guy you’re dating is a fuckboy you should def ditch.

1. He asks you to hang out but doesn’t text you to follow up, and when you ask if you’re still on he’s just like, “sure where should I meet you”.

2. He says things like, “we should hang” but never initiates an actual date.

3. He says things like, “let me know when you’re free” rather than proposing an actual time and place.

4. When you ask him if he’s seeing anyone else, he avoids answering and says something like, “you don’t have to worry about that”

5. He uses phrases like, “keep me posted” and, “let’s stay in touch” when you invite him to come out instead of just giving you a straight answer.

6. His friends don’t seem to know who you are, which means chances are slim he’s raving about you to them.

7. Or his friends all know who you are but act like they know something you don’t because they do: They know he’s seeing other people.

8. He’ll disappear for days without you hearing from him, and when he finally resurfaces he offers no explanation, like it’s perfectly normal.

9. When you ask him what’s up, he over-explains why he’s been so busy and offers specific details like, “hey! just been super busy with this work presentation and my cousin’s in town and also my dog is sick so I haven’t been sleeping what’s up with you?” which really translates to, “please don’t ask me to hang out.”

10. When other guys flirt with you in front of him he seems totally unfazed, not in a chill, do-whatever-you-want-because-I’m-a-feminist way, but in the honestly-could-not-care-less-about-you way.

12. He’s always texting other people when you’re together, and they’re def not all bros.

13. He shadily will not respond to you during prime date hours of 7-11pm, because he’s obvs on other dates.

14. His friends avoid direct eye contact with you when there’s other girls flirting with him, and more than likely some of them are also hooking up with him.

15. He’s never initiated taking a picture with you, and he’s never posted one of you guys hanging out on his social media.

If you spot, like, more than three of these behaviors, it’s time to reevaluate your life and your choices (not to mention your relationship). For more dating advice, buy our new book, I Had A Nice Time And Other Lies, and stop falling for fuckboys.