Once upon a time (re: all 2020), the idea of having plans—any plans—seemed like a dream. After spending every second inside, simple errands like going to the grocery store or picking up a prescription became an event. Now that you’re vaxxed and the CDC says leaving your house is like, kinda okay, you’re faced with a dilemma you never thought you’d be in again: canceling plans you have no intention of showing up to. Maybe you wanted to go out but now you’re in your comfy clothes and can’t fathom putting on heels, or perhaps the thought of listening to your friends talk about work sounds like, well, work. Whatever it is, you’re in the market for a “get out of plans” excuse, and luckily, your answer has been written in the stars.

Whether you’re a perpetual bailer (shame) or this is your first time (awww!), your astrological sign already knows how this is going to go down. Whether you tell the truth about wanting to stay home, lie through your teeth, or destroy your friendships to avoid having to say “I don’t want to go to brunch,” your zodiac sign is very telling of how you’ll get out of your commitments. Does that make you less of a piece of sh*t? No. But hey, at least this way it’s not your fault you suck! You can blame it on the universe!

Doesn’t it blow that you were the one who made these plans? You were the one who literally begged everyone to keep their Friday night open so you could all chug margs and talk sh*t about the Aquarius in your group, and now you’re just kinda not feeling it? Even though you’re basically the leader of your group (duh), it’s kinda exhausting having to be the fun one all the time, right? Luckily for you, you have the easiest excuse to get out of plans in the entire zodiac: You’re the ringleader, and you’re usually the one pulling the strings, so yeah, you deserve to bail. Be honest, upfront, and tell everyone you’re exhausted/sick/not feeling like hanging tonight. They’ll give you sh*t, but you kinda DGAF. Plus, it’s nice to leave the peasants wanting more, right?

Whether or not you actually wanted to be a part of these plans when they were made (uh, spoiler: you didn’t), you’re now absolutely not on board. I’m sorry, a club/brunch/shopping? In this humidity? Granted, the fact that you’ve been stressing about canceling for two days is making everything worse, but it doesn’t matter. You absolutely cannot and will not go. Unless, of course, you think everyone will be mad at you. Do you think they’ll be mad at you? They won’t… right? F*ck. Now’s the perfect time to play the “I’m not drinking/on a diet/on a budget” card and avoid any attempts by your friends to create new plans that will fit into your new strict, sober, vegan, spending-zero-cash lifestyle. It’s not your fault, they just don’t understand. *Sigh*

Gemini! I truly wasn’t expecting to see you here. Welcome! Have you ever canceled a plan? I mean, I know you think about it. Like, all the time. You literally fantasize about bailing on pretty much everything. But actually doing it? That’s a different story. While you tend to dread events you don’t want to go to, by the time you’re there (and okay, two shots in), you’re the life of the GD party. It’s kind of cute that you think this time will be different, TBH. As much as you want to, you know you’re not doing to ditch—the FOMO is far too real for you. Might as well start heating up your curler, baby. Because you’re going out tonight, whether you like it or not.

You honestly can’t decide if you want to go out, and that’s why canceling plans is so tricky for Cancers. On one hand, the thought of getting dressed and getting drunk with your frenemies sounds kind of dreadful. But on the other hand, not doing that also sounds kind of dreadful. So no matter what you do, you’re going to have a mediocre time at best. Yay for overthinking! You’re no stranger to bailing on plans, so why don’t you just do what you always do: blame your cancelation on something petty, like feeling bloated, or the fact that Jessica (who is definitely going to be there because she already posted that she was in the Uber) didn’t like your recent picture, and honestly? Rude. You just aren’t up for that kind of hostility tonight.

You’re dressed. You’re wearing falsies. You’re already three vodka sodas in. And yet, for some reason, you’re not feeling that usual tingle in your vagina that says “I’m going to have a f*cking blast tonight.” Granted, you’re not one to cancel plans—and you’re the first to give anyone who tries major sh*t—but like, does going out even sound that good? Luckily, since you’re usually the one calling the shots (and buying them), it’s simple to be like, “Sorry guys, I have a headache. Have fun,” and turn off notifications for the rest of the night. Sure, everyone will bad mouth you behind your back, but that’s only because without you, your friends will be buying their own drinks and going home by 10pm. Enjoy your night off, Leo. You earned it.

Dreading the drunk plans you made last week that are looming ahead, Virgo? That checks out. Even though you love having people depend on you, you could really do with a night off. The problem is, you were the one who made the reservations. And created the dress code for the evening. Annnnnd sent out the itinerary. You know if you bail, your perfectly envisioned night of bar hopping will turn into your idiot friends going to the same bar they always hit up and drunk crying in the corner. But why is that your fault? You’ve spent so long planning for this night, now that it’s here you’re kind of over it. Either fake a stomach bug or go along with the night, moping on the dance floor when half the people show up sans costume and take a cab home by 11. Either way, you’re in for an obnoxious evening.

You’re not one to back out of plans. Seriously, you’re not. You hate those people who just like, disappear when they start dating someone new and bible, you’d never do that. And you mean it! And even though you swiped with a 10 while you were getting ready and he asked you out at the same time you were supposed to meet your friends, that doesn’t mean you’re going to bail on your girls just to get laid. Honestly, anyone who does that is THE worst. *Phone buzzes* Awww he said you look beautiful. I mean duh, you do. But that was nice of him to—*phone buzzes.* Oh my God, he’s so funny. Maybe you’ll just see him for a drink like, after? *Phone buzzes.* He has a Tesla? *Phone buzzes* And he’s on his way to see you. Sh*t. Well, your friends will understand, right? I mean, this could be ~the one.~ I know, I know… you said that about the guy with the beard last month, but this time is different.

Aww, Scorpio! This isn’t your first time canceling plans, but it is your first time actually thinking through the decision. More often than not you just pick a fight to get out of something or blatantly ignore what you were supposed to do in an effort to avoid going to coffee with your new internet friend. So, the fact that you’re even thinking through this decision is like, very big of you. Congrats! I mean, you probably already canceled your plans by saying something like “hungover,” “feeling ugly,” or “I hate you,” but still. Good on you for thinking of others!

How does a Sag cancel plans? They just don’t commit in the first place! You’re not a piece of sh*t on purpose, but what do people expect? You to just agree to go to something when you don’t know how you’ll feel, if you’ll want to go, or if something better will come along? Pshhh, as if. While you’re not one to commit to anything, if you do RSVP yes and change your mind last-minute (which you will, obviously), you’ll just pretend your phone broke, your car wouldn’t start, or you suddenly came down with a serious case of sobriety. Next time, just remember: If you never agree to anything, you’ll never have to lie your way out of it.

Your friends know you to be the definition of driven, which is why you have the perfect excuse to get out of plans: Goal chasing, baby. Since you’re already the one in your group who got a promotion, snagged a #SponCon, discovered an ab, and got verified on social, it’s not surprising if you blow off a happy hour to “get some work done.” Whether you say you got called into the office, received a last-minute assignment, or have a meeting you just have to take with a *top secret* marketing firm, no one will think twice when you bail for the sake of your own success (even though it’s only because they all want to mooch off you). That fact that you’ll ~actually~ be at home, smoking weed and masturbating to Bridgerton can stay between you and me.

As one of the Queens of Canceling on Plans, you’ve got bailing down to an art form. You don’t need me to tell you how to do it, because honestly? You’re basically a pro. From claiming a family emergency and tagging yourself at a hospital to saying you have a last-minute work project and staying logged into Slack all day, you’re no stranger to creating excuses to get out of sh*t. So, put your feet up, let everyone know your cat is sick, and enjoy a night off with Netflix and not wearing heels. Your friends probably don’t even know you’re allergic to cats anyway, let alone that you don’t have one.

If there’s one sign that has a hard time following through with bailing on plans, it’s Pisces. No matter how many times you say you just want to stay home, you don’t want to spend money, or you have work in the morning, no one really cares—they’ll all just yell at you until you order an Uber for the entire group. While sure, you could just like, try to say no, will you actually stick with it, or will you find yourself at a club at 2am nursing a watered-down vodka and trying not to think about the fact that you have to wake up in four hours? The only way for you to successfully get out of sh*t is to color your hair, fake your own death, and flee to another country. That way, you’ll get at least a few years before another plan comes along, and you’ll start the cycle all over again. But it’s that or standing your ground and honestly, running away just sounds easier. 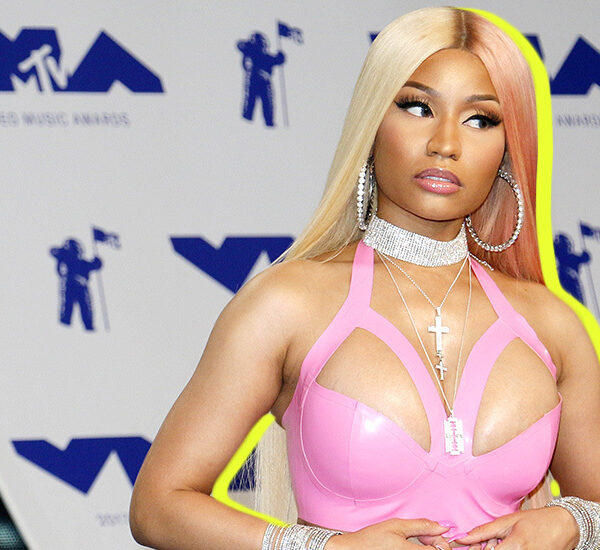 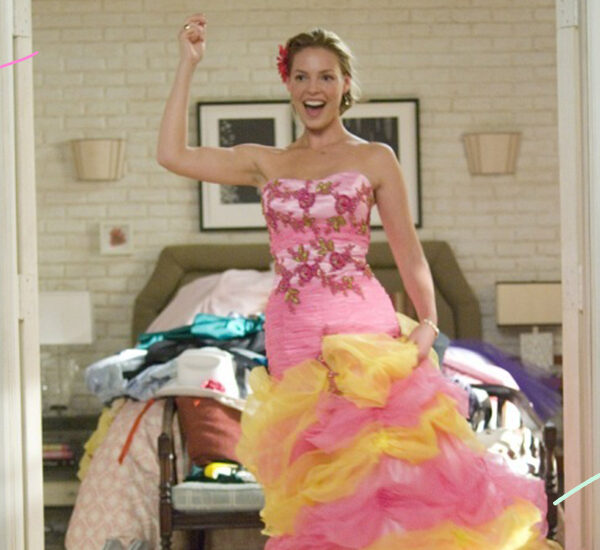 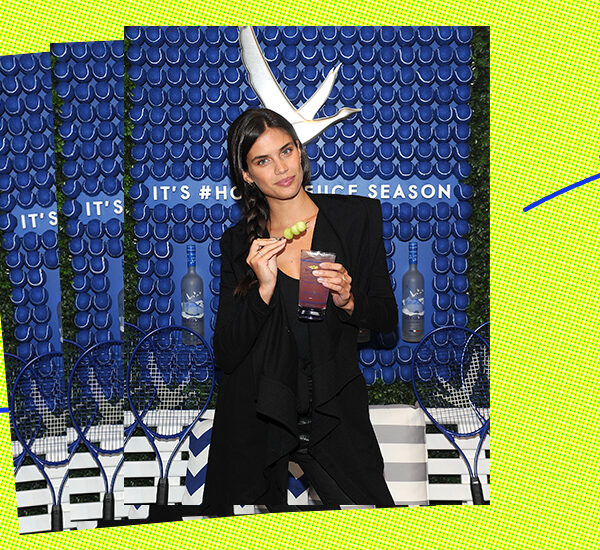 What Your US Open Instagram Caption Says About You

Sami and Jordana are back and they kick things off with a brief recap of last night’s RHOBH episode and their thoughts on the evolving scandal (skip to ~12 mins in for the end of RHOBH talk). Then, they talk about Britney’s surprise engagement and the fact that she deleted her Instagram account....