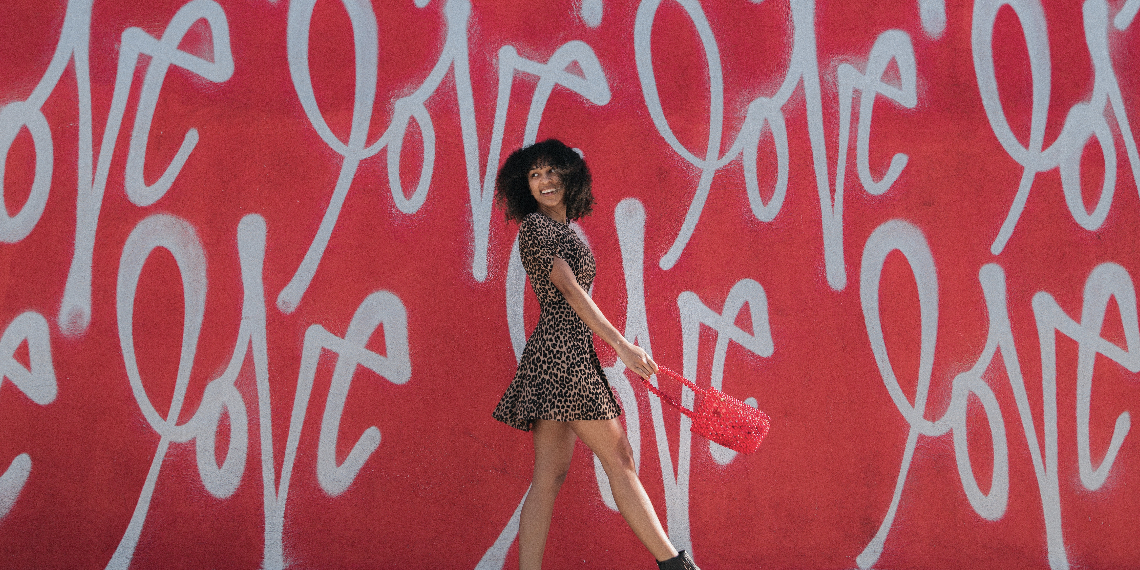 Valentine’s Day is coming up, and with it comes the insurmountable pressure of doing something but not something that’s too something that would terrify someone so they run away screaming from you and then you die alone with a bunch of cats. That later eat your corpse. Just me then?

Like, obviously we all want to have some kind of plan for Valentine’s Day besides watching Bridget Jones’s Diary for the 40th time and eating all the chocolate your mom sent in one sitting. But depending on how long you’ve been dating, you don’t want to put too much pressure on the situation. So what should you do with your significant other, or your not-yet-significant other, on Valentine’s Day? We figured it out. Here’s what you should do based on how long you’ve been seeing each other.

Congratulations, you met someone you really like recently and have been on a couple dates. Good for you! It’s exciting and you want to hang out with them more, but Valentine’s Day is right around the corner and you don’t know how to handle it. At this stage? Don’t. It’s way too much pressure to expect someone to come with a fun plan for this day when they barely even know you. Instead, tell them your availability that week and do not include Valentine’s Day at all. If they ask if you have plans that day, then you can figure out something to do, but don’t be the person to bring it up. Sorry, I know it’s 2019 and all, but asking to hang out on Valentine’s Day before you’ve even DTR’d is not going to help your cause of not appearing desperate.

“What are you getting for Valentine’s Day?”
Me: ghosted

Okay, so you’re a few months in, probably even dating exclusively by now if you’re really into each other. WTF do you do for Valentine’s Day? At this point it’s totally okay to mention that you’d like to do something casual for V Day. Suggest getting tacos or going to a bar that will definitely not have some kind of insane pre-set menu. Spending time together is expected, but you still don’t want to go over the top. If you exchange gifts, make sure they’re small and inexpensive, i.e., a cute baseball cap, not concert tickets for a show half a year away.

Now we’re getting into “okay, if you forget V Day you’re dead to me” territory. It’s definitely expected that the ridiculous holiday is acknowledged, but make sure you actually tell the person you are dating that you’re interested in making plans. They may not know you even care about this stupid holiday (which like, I don’t care, but also, you have to celebrate with me). Plan something classic, like dinner at a moderately priced restaurant and maybe even a movie, or just Netflix & chill afterwards. You can also get real presents without fear of looking too invested.

Who wants to do this? @haydenhintz

After a year, you’re fully committed, you hate the way they breathe sometimes, and you can do pretty much whatever you want for Valentine’s Day. This is when it’s appropriate to get nice gifts, flowers, the whole thing, if you’re into it. If you have the cash, it is totally fun to dress up and go to a nice restaurant with the prix fixe menu, especially if you never do that kind of thing. You can also do that whole “purchase sexy lingerie as an added present to keep the romance alive” thing. Literally, it’s whatever.

You’re basically married, you have done the pre-set menus, and let’s be honest: Valentine’s Day is one of the worst days of the year to go out. It’s like New Years Eve—days that are supposed to be fun but end up way too overpriced and crowded. Once you’re really settled in, forget the dinners and expensive menus, and do something casual at home together. Cook a nice dinner, have some wine, and save your cash that would be for presents on booking a trip together later in the year. Valentine’s Day is really so overrated, and once you’ve done it a few times, you guys have a right to be totally over going out.

You when you get the check for the pre-set menu:

If you’ve been dating for 3+ years, then the only thing you should be doing on Valentine’s Day is getting a ring. I’m (mostly) kidding, but you should know enough about your significant other at that point to not be scouring the internet for Valentine’s Day ideas. Just saying!