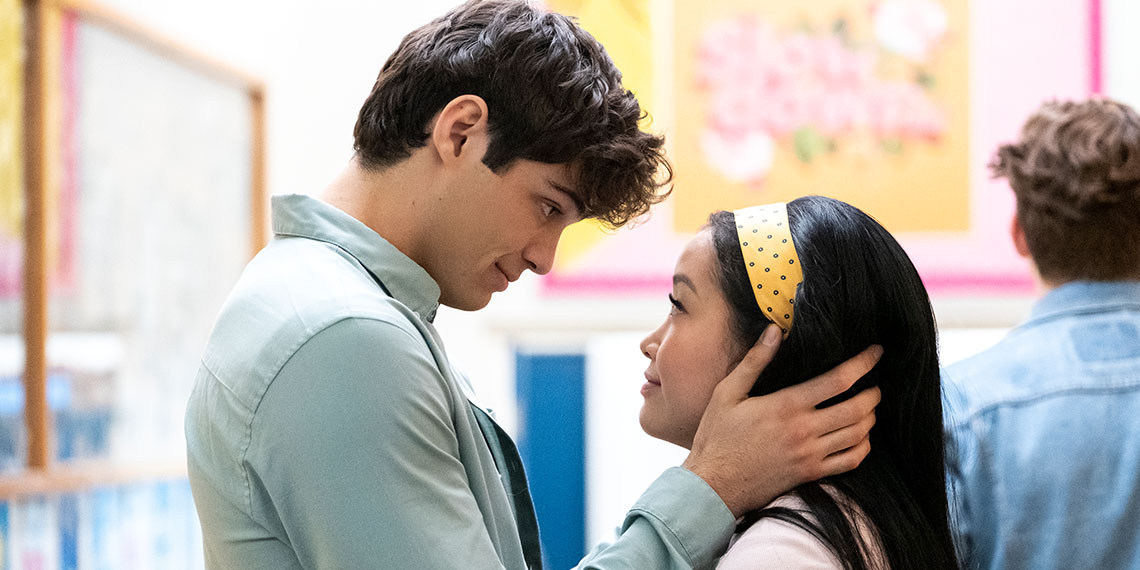 The Best Shows And Movies To Binge On Netflix This Weekend

Sincerest apologies that this list, which usually comes a day or two before the upcoming month, is arriving two weeks late, but I’ve been very busy trying to force the guy I’ve been hooking up with to date me so that I can do something other than shrivel up and die on Valentine’s Day. No such luck, so here I am with the February edition of must-watch movies and shows on Netflix. You’re welcome.

Some months, I can’t wait for my flaky-ass friends to cancel our weekend plans so I can stay in and binge all of the newly added movies and shows I once loved and had since forgotten about, but other months, I wouldn’t be surprised to learn that a bunch of interns pick movie and show titles out of a hat and put them on Netflix. This month is the latter. Before you decide that nine different anime shows are not worth 13 of your dollars and cancel your subscription, know that there are plenty of classics and goodies coming to Netflix this month, so if you, too, have no plans on Valentine’s Day, this list is for you!

The only time I ever felt like I have become my mother was when my editor suggested I add this movie to the list and I had no idea what she was talking about, so I gave it a Google to find out that it is the sequel to like, the biggest and best rom-com of 2018. Great. Already missing out on pop-culture references. So, if there are any others under the age of 54 who don’t know what this movie is, allow Netflix to explain. “When her secret love letters somehow get mailed to each of her five crushes, Lara Jean finds her quiet high school existence turned upside down.” Yikes! So apparently this is the sequel to that cinematic masterpiece, and it bears the same name plus “P.S. I Still Love You.” Sorry, but is the girl naming this movie the same person naming nail polishes? However, the cheese stands alone (I am the cheese) because everyone else seemed to love the first one, and will prob love the sequel. Lmk how it is, k?

‘The Stranger’: Season One

Based on the best-selling novel by Harlan Coben, this dark thriller will keep you guessing until the end. One day, a mysterious stranger shows up in Adam Price’s life out of nowhere, and she spills a secret that could have some major consequences for everyone involved. The book is one of the best thrillers to come out in the last few years, and the show has also gotten rave reviews. Maybe don’t watch this alone in the dark, because you will want to stay up all night to finish it, and then you won’t sleep for a month.

Before you skip this blurb because of the dumb movie name, wait! As a 26-year-old woman, I am proud to admit that A Little Princess is one of my favorite movies. I used to watch it with my grandfather every time I went to visit my grandparents and then I started to feel like eight viewings was seven viewings too many, so we stopped watching it. However, I saw it for the first time in like 13 years when it appeared on my Netflix homepage a few days ago, and let me just say, it’s still a great f*cking movie.

It’s about a little girl, Sara Crewe, who is quite possibly the most beautiful child in existence, but that isn’t important, I guess. Anyway, she and her dad (who are both American and f*cking loaded) are forced to leave their amazing life in India so that her dad can fight for his country in WWI and she can attend the world’s scariest boarding school. Anyway, her dad allegedly dies and she is left penniless, so bebe Sara becomes a servant at her boarding school. I’m already crying.

‘Love Is Blind’: Season One

Guys, this show sounds so stupid and I cannot wait to watch it. If you thought The Bachelor was unrealistic, just wait until you get a load of this sh*t. Netflix says, “Nick and Vanessa Lachey host this social experiment where single men and women look for love and get engaged, all before meeting in person.” Sooo it’s a Married At First Sight rip-off? There is so much to discuss in this very short sentence, so let’s start with the hosts. Is this Nick and Vanessa Lachey’s attempt to become relevant again? Based on this description alone, I assumed the participants getting engaged before meeting were at least, like, skyping before tying the knot, but no, I assumed wrong! I watched the trailer to discover that the men and women are locked in what Nick and Vanessa are calling “pods” and talking to each other on telephones. Alrighty. I would never marry someone who calls me on the phone. Like, are your fingers broken? No? Then f*cking text me.

Just because all five of my friends were either out of town or had plans last Saturday night, I spent that time online stalking the cast to find that they are all local Atlantans and ~aspiring~ Instagram models. I kid you not, every male on the show has a fitness account on Instagram and every female concludes her captions with “use my name as the promo code for 20% off!” Here for the right reasons, though, right?? Lol.

If I relate most to any member of the royal family, it’s OG Elizabeth. That bitch ruled a kingdom without assistance or permission from men. Slay, Queen. Anyway, there have been and will continue to be many biopics about our girl Liz, but this one is by far the best. It stars Cate Blanchett, who makes a serious case for elaborate collars and red hair. A lot happened during her lifetime and reign, but this movie’s main focus is how she handled the Spanish Armada and her complicated relationship with Sir Walter Raleigh. It’s a good watch if you’re in the mood to learn something.

What a question. Three people were charged in the human rights activist’s murder, but no one really knows who actually did it. This docuseries explores what happened when an activist “embarks on a complex mission seeking truth in the name of justice,” says Netflix’s description. I’m definitely intrigued because I live for true crime documentaries and this is one of the country’s biggest mysteries. Sold.

This movie was so horrible, but I mean that in the best way possible. The clothes are as amazing as Samantha’s dried-up one-liners, and it’s worth your time if you haven’t seen it. To sum it up in one sentence: Carries wrote a few books, Samantha hasn’t changed, Charlotte is still a whiney hag, Miranda’s taste in clothes has improved, and they all go to Abu Dhabi. The end! It’s a good movie if you’re expecting it to be pure garbage, but it definitely didn’t get robbed at the 2010 Oscars, if ya know what I mean.

I’m going to keep this short since I did not watch season one, but I did watch the original Narcos and it was great. This spin-off is probably even better because it explores the drug wars in Mexico during the 1980s. Also, Jason Bateman isn’t in this one, which I count as a plus. It’s a show about Felix Gallardo, who heads the fictional Guadalajara cartel, and DEA agent Kiki Camarena, who moves with her family to Guadalajara. Sounds cool; I’m officially interested.

If you want an antidote to Sex and the City 2, definitely give The Pianist a watch. This is by far the saddest movie I’ve ever seen and it’s so factually accurate that we watched it in my AP European History class in high school. It’s about Wladyslaw Szpilman (played by Adrien Brody), a Jewish Polish radio station pianist, and his story of survival throughout the course of the Holocaust in Germany. It’s truly heartbreaking, but it’s done so well that you’d be remiss to skip it.

Believe it or not, there was once a time when Tom Cruise didn’t absolutely suck, and that time was in 1996 when Jerry Maguire came out. If you don’t know, this is a rom-com starring Tom and Bridget Jones. Long-story-short, Tom is a sports agent who gets himself fired by having a conscience. He teams up with a single mother and together, they start their own management firm, but not before they swiftly fall in love. Simpler times, amirite?

I am pretty sure Nicholas Sparks wrote all of his sappy male leads for Channing Tatum, and I’m 110% here for it. Not only did I read this book, but I saw the movie…in theaters. Obviously, it was terrible, but it did way better than I thought it would on Rotten Tomatoes, scoring a whopping 29%. Honestly, that’s pretty impressive. Just watch the trailer and you’ve basically already seen the movie, minus a subpar sex scene that takes place in what looks like a barn. K. It’s Channing Tatum at his hottest, so this is another good reason to cancel your plans.