You’re Not A ‘Euphoria’ Character, And That’s Ok

Euphoria is probably one of the best shows on television right now. It’s like Degrassi, if Degrassi had a budget and cast super hot people. It’s high school, make it fashion—more specifically, high fashion and an incredible amount of angst. However, it’s nothing like what high school actually was. The fact that these “high schoolers” are wearing Mugler and Chanel is absolutely iconic, but far from relatable. That’s not to say that there aren’t relatable aspects of the show—I think the show does a good job of exploring heavy material with dialogue that is way more accurate than a lot of high school TV shows like Degrassi or Riverdale. But its glitz, glamour, and angst is nothing like my high school experience, and judging from Twitter’s responses, it’s not like a lot of people’s high school experiences.

I love that it’s a show that we all seem to love and enjoy, but I feel like a lot of y’all (including myself) seem to think that you need to have experienced Euphoria yourself in high school, and I’m here to tell you that just simply isn’t the case. I’m sure a lot of you weren’t snorting coke before a party, or getting f*cked by someone in a pool, and that’s okay! Instead, you went to Shakey’s after school and enjoyed a slice of pizza while awkwardly picking food out of your braces. You can embrace the fact that you couldn’t dress for sh*t in high school and that you didn’t understand the concept of putting an outfit together—I know I couldn’t. A lot of y’all dressed like you were going to a business meeting when you actually did go out: untucked dress shirts, business skirts, bowties and huge hipster glasses that were reminiscent of Ryan from The Office. And guess what, it’s perfectly all right! Embrace the cringiness that comes with nostalgia.

You loved to thrift after school, you found the best pair of bell bottoms and you wore the HELL out of those pants. People complimented you for it, and you even won the Best Fashion superlative during senior year. However, my love, that does not make you Maddie. She’s wearing Mugler, Chanel, and so many designers that our checks from our part-time jobs after school couldn’t even think of covering. Honestly, I think the closet I saw was a bunch of the try-hard jocks wearing very tight and ill-fitting Abercrombie & Fitch shirts and a few of the popular girlies wearing American Apparel when it was a special occasion. And that’s absolutely fine, we rocked our bell bottoms, all-black outfits (even when it was 100 degrees outside), and dirty white Vans with confidence. I remember wearing the same H&M sweatshirt almost every day thinking I was serving Tumblr girl teas, and I promise you, I wasn’t… like, at all.

Let’s talk about some of these characters. Rue is a mess, but I love her, and her defiance is what’s relatable, even when it gets her in trouble. As for the drug stuff, the closest I ever got to that was taking an edible during my part-time job at Trader Joe’s and having the worst anxiety attack of my life and needing two days to recover. Cassie is incredibly relatable because most of the time, she’s a complete mess. Even still, I simply don’t remember ever looking that good when I cried over guys that were absolutely assholes, nor do I remember guys flocking to me when I went through heartbreak. And Fez is somewhat recognizable in that every high school has at least one dusty white dude that may or may not be a drug lord—or at least a part-time weed dealer.

But here’s the thing. It’s okay to not relate to everything. You don’t have to equate your experiences with an overdramatized high school show. I remember watching the show and thinking to myself, “Was my high school experience wack? Did I actually live life to the fullest during that time?” I even wondered if my current college experience was lackluster because I wasn’t going as hard as the characters on the show. Then I remembered this is a TV show and it’s supposed to serve as escapism.

I mean, would I love a character who was average at absolutely everything and had no idea what they were doing after high school? Yes, mainly because that was my life story. But I think what Euphoria has taught me is that even with representation, I don’t necessarily have to relate to the stories being told. I can just enjoy the show for what it is: a TV show. We all know that most of our high school experiences were nothing like this, and low-key can thank goodness for that, because our schools would probably be shut down. 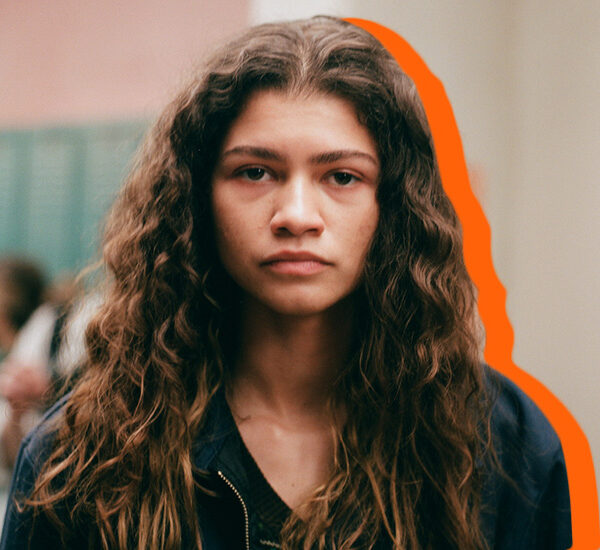