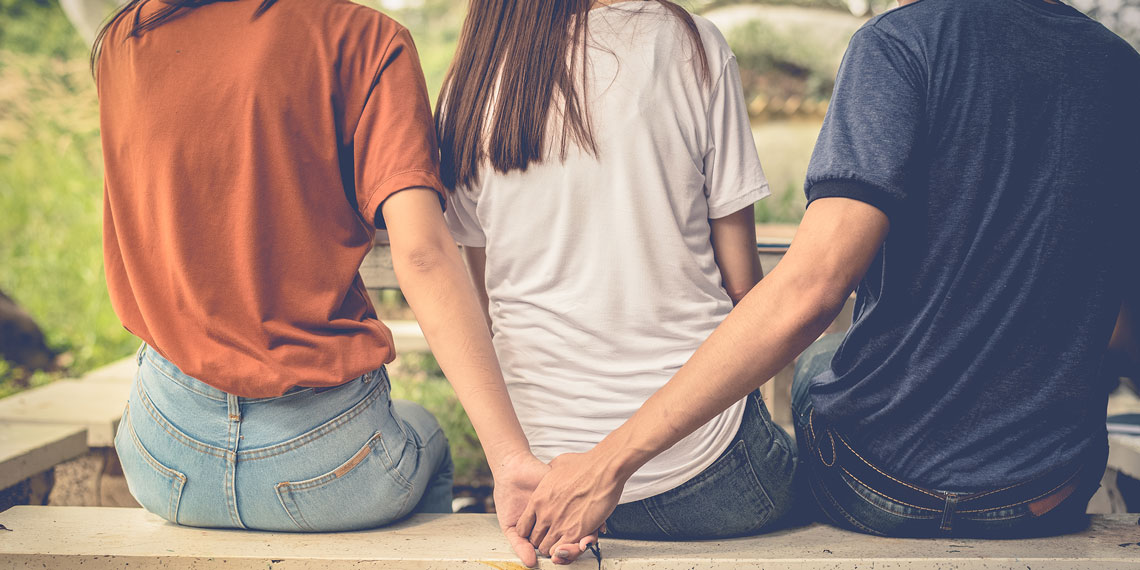 You Actually Won’t Believe Which U.S. City Has The Most Cheaters

As I mention in my personal manifesto, and of course, every single article I write for this site, I believe that most men are cheating piles of trash just waiting for the chance to serenade their way into a new woman’s sparkly hotpants (looking at you, Jed). And today is the day I’ve been waiting for, because now I have the data to prove it. *cues evil laugh*. That’s right, the kind folks over at Ashley Madison, the world’s leading married dating website, have supplied me with a “Cheating Hotlist” which looks at last summer’s signup data, and then determined the top 20 most unfaithful cities in the USA. See, math can be fun!

Before we get to the goods, let me explain a little more. Ashley Madison created this list because, “Traditionally, we see our membership begin to swell as the warmer weather arrives and cuffing season is over.” They note, “It’s not unusual for people to be more uninhibited during the summer months since the energy feels more carefree and there are increased social opportunities that get people off their couch. The concept of a summer fling wasn’t created for no reason!” Cool. So to sum it up, in the summer, people like to get drunk and bang strangers while their spouses sit at home unaware. Got it. Now let’s take a look at the cities where people are the most “uninhibited,” or “carefree,” or any other euphemism we can come up for “f*cking around”.

Orlando, Florida, you saucy little minx! Who would have guessed it? Certainly not one single person that I posed this question to in my office. And believe me, these dudes know cheating. To be honest, I find the fact that Orlando is number one on the “Cheating Hotlist” to be disconcerting. Who even lives in Orlando other than people that work at Disney World? You are basically telling me that every single dude at your daughter’s birthday character breakfast just threw that suit on after an illicit rendezvous with his mistress at the local Holiday Inn. For shame, Mickey, for shame! (Also, please get that suit dry cleaned.)

I hope that you’ll notice that of the 20 cities in the “Cheating Hotlist,” FOUR of them are located in Florida. It’s Britney, Betch and I were just thinking we might have been too hard on Florida, and perhaps we should stop saying things like “It’s not a state, it’s just a cesspool filled with meth that has people floating around in it,” but now I know we spoke too soon. Florida, you’re back on my list, and you deserve all the publicity you get for those meme-able mugshots, bar fights with potatoes, residents kicking swans in the head, etc, etc, etc, etc, etc, etc.

The people over at Ashley Madison also kindly pointed out that, “While certain states like Florida stood out…, the variety we see on this list shows that infidelity can happen anywhere. It’s not just happening in booming metropolitan areas, it’s happening in towns big and small involving all walks of life.” Funny, that was also the voiceover at the beginning of last week’s Dateline episode. But if we really look at the map, to me, the midwest looks pretty safe, right? I say that as a question because my geography skills are subpar and for all I know the middle of this country could be called Hogsmeade. Whatever it’s called, I’m moving there because it appears no one is living that Tiger Woods life. Sure, it could be because no one actually lives there, but I made peace with the fact that I’ll be dying alone in my apartment while my body is feasted on by my dogs long ago.

At first I was shocked that NYC wasn’t on this list, but then it occurred to me that this is a city where 53-year-old men say things like, “I’m ready to settle down, but I can’t date someone my age because they’re not fertile anymore, and THAT’s why I go for younger girls, you know?”. You can’t really be a cheater if your deep-seated commitment issues and impossible standards kept you from ever getting married in the first place.

Now that we’ve arrived at the end of this article, I have a confession to make. I used this data to fit my own “men are trash” agenda, and have kept something to myself. According to the data that Ashley Madison collected they said, “It’s also not just men cheating—another Hollywood narrative we’ve been sold time and time again. Women are cheating just as much as their male counterparts and this is evidenced by our current global sign up ratio of 1 active paid male for every 1.11 active females.”  So it turns out that we are all trash. We are, in fact, a dumpster full of trash, sitting in a Walmart parking lot, in Orlando, Florida. I hope you all enjoy your summers, now go forth and philander!