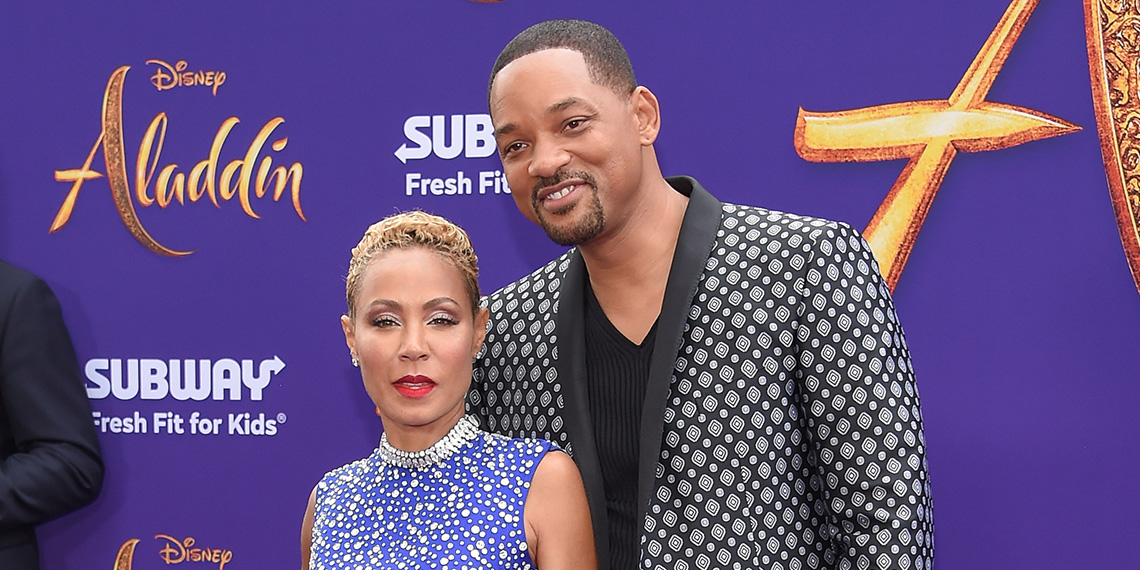 UPDATED: WTF Is Going On With Will & Jada Pinkett Smith?

UPDATE: A week ago, everyone was side-eyeing Jada Pinkett Smith for her use of the word “entanglement” to describe her relationship with August Alsina, but it turns out August kind of likes it. In an interview with Vulture published on Friday, he said the definition of an entanglement “is a complex and difficult relationship,” and his relationship with Jada was “exactly that.” While Jada and August’s accounts differ on some specific points (mainly whether Will gave August his blessing), it seems like they’re mostly in agreement about the relationship itself.

Over the weekend, August further addressed the situation by dropping a new song called, you guessed it, “Entanglements.” Thirsty? Perhaps, but I respect the hustle. The song, which features Rick Ross, is obviously about Jada, but it’s really not a diss track at all. In the chorus, August sings “The definition of entanglement, it’s when you’re tangled in the sheets. Girl I know that we don’t call it a relationship, but you’re still f*cking with me.” So, uh, if there was any question about the physical nature of their ~entanglement~, consider it answered.

August does, however, give Jada a little bit of sh*t later in the song, singing “You left your man to f*ck with me, just to pay him back. Don’t you know that’s cold-hearted? Once you gone, no coming back.” This is especially interesting because August is implying that Jada left Will to get with him. In the Red Table episode, they said they were separated, and then made it sound like the August ~entanglement~ started at some later date. Really, I would love for Jada to map this all out on a calendar so we can all be on the same page. Maybe that will be on a follow-up Red Table Talk.

Overall, it seems like August Alsina still has love for Jada Pinkett Smith, but perhaps the particulars of their situation aren’t as clear-cut as Jada and Will want us to think. Like I said before, I’m just waiting for the day that August Alsina comes to the Red Table, because I still feel like that’s a real possibility. Maybe August can even do a live performance of his new song, and then Jada can give her feedback. Please, it’s what we deserve in 2020.

Original Article: As we move into month four (five?) of quaran-times, the celebrity breakups and divorces have kept rolling in. Over the weekend, both Armie Hammer and Darius Rucker joined the 2020 divorce club, and Rachel Bilson and Bill Hader split six months after taking their relationship public. But while all of these couples are breaking up in real time, Will and Jada Pinkett Smith are just now clearing up their relationship drama from years ago. Somehow, in our darkest times, the Red Table always shows up to rescue us from despair.

Will and Jada are one of Hollywood’s most iconic power couples, but in recent years, there have been frequent rumors about separation and divorce, and whether they have an open marriage. Will has appeared multiple times on Jada’s Red Table Talk show, and while they’ve openly discussed certain issues in their relationship, they always avoided responding to any specific rumors. But at the end of last month, the rumors exploded when singer August Alsina spoke publicly about his relationship with Jada Pinkett Smith.

In an interview with The Breakfast Club’s Angela Yee, Alsina detailed their “relationship,” saying that he became close with Jada and the whole family after Jaden introduced them in 2015. He and Jada grew closer, and eventually, he claims he “actually sat down with Will and had a conversation due to the transformation from their marriage to life partnership… he gave me his blessing.”

According to August, the relationship was quite serious. He said, “I totally gave myself to that relationship for years of my life, and I truly and really, really deeply love and have a ton of love for her. I devoted myself to it, I gave my full self to it—so much so to the point that I can die right now and be okay with knowing that I truly gave myself to somebody.” He acknowledged that the arrangement might be “hard for people to understand,” but felt that he needed to “speak up about my truth” after rumors began to affect his career.

August Alsina’s revelation about his relationship with the Smith family was pretty much in line with what many people had suspected for a long time, but Jada quickly denied his story. A representative for Pinkett Smith called Alsina’s claims “absolutely not true,” but it quickly became clear that Jada had more to say on the matter. A few days after Alsina’s interview, Jada tweeted that she was bringing herself to the Red Table, saying “there’s some healing that needs to happen.” As a proud messy bitch who lives for drama, this tweet did more for my serotonin levels than anything else that’s happened in 2020.

There’s some healing that needs to happen…so I’m bringing myself to The Red Table.

Jada kept her promise, and on Friday afternoon, released a Red Table Talk episode addressing the rumors. In the brief episode, which broke the Facebook Watch record for views in the first 24 hours, she and Will finally cleared the air. To begin with, they admitted what so many had guessed: they were separated at one point. Jada said that, around four-and-a-half years ago, she became close with August, at a time when he was very sick and needed help (Alsina suffers from an autoimmune disease). Will and Jada clarified that around this time, they “broke up,” and Will added that he was “done with yo’ ass.”

Jada says that it was during this “indefinite” separation that she “got into a different kind of entanglement with August.” Jada repeatedly used this word “entanglement,” which in turn provided prime material for approximately one million memes over the weekend. This just isn’t a word that real people actually use, and Will eventually called her on this, telling her, “you need to say clearly what happened.” After she doubled down on “entanglement,” Will corrected her, saying “a relationship.” LOL, this isn’t awkward at all.

Jada also clarified August’s claim that he received Will’s permission to enter into the ~entanglement~, saying that the she is the only person who can give permission for herself. However, she said that she understood August’s perception of this, noting that she and Will were “separated amicably,” and that August is not a “homewrecker.”

Eventually, Jada and Will began to come back together and work through their issues, and Jada said that August decided to “break all communication” with her at this time. She said this was “totally understandable,” and that she and August haven’t spoken since. So according to her, the relationship only began after she and Will were separated, and ended before they were officially back together. We don’t have any exact dates to work with here, but the Smiths are sticking to their story that they’ve never had an open marriage of any kind.

Whether you believe that Jada is telling the whole truth or not, at least she’s not just calling August Alsina a liar anymore. It’s clear that there’s a lot of history here, but it seems like in general, everyone in this situation still has love for each other. Maybe Jada isn’t thrilled that all of this became public the way it did, but it’s hard to believe this wasn’t going to make it to the Red Table at some point. Now the only thing left to figure out is when August Alsina will make his inevitable Red Table debut. You know it’s coming.