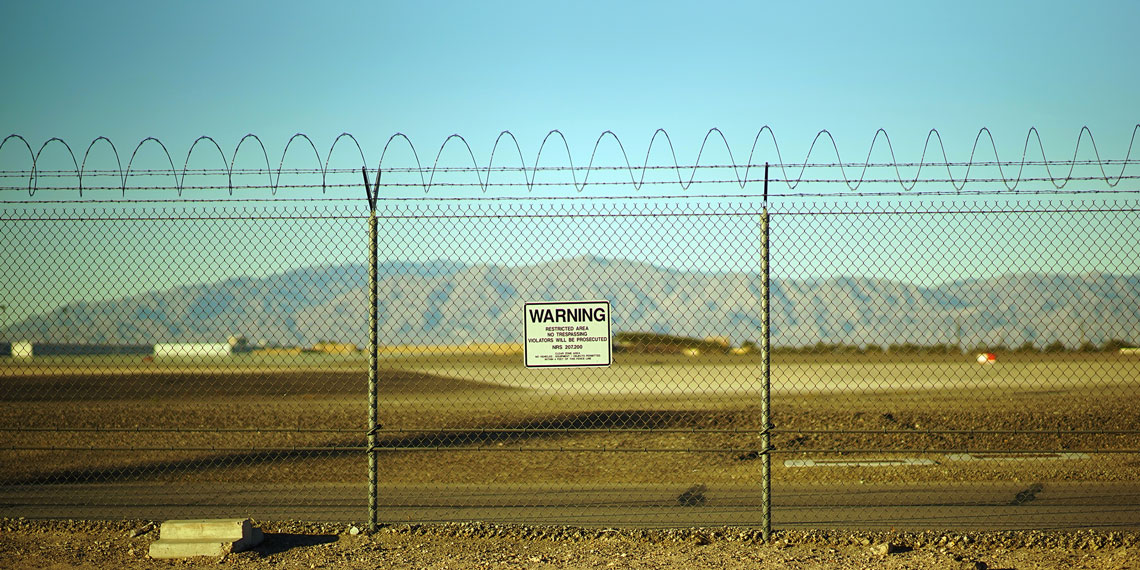 WTF Is Going On At Area 51 & Why Are People Going There?

So you might have been aware (because of the memes) that over the weekend, a bunch of people made a big production about going to Area 51 to break out the aliens. If you’re like me, you’re probably asking yourself, “what the actual f*ck is everyone going on about?”. (Things I say to myself most time a new internet trend emerges, tbh.) But don’t worry, I’m here to break down everything that popped off over the weekend, so you don’t have to sort through a bunch of Twitter threads. Here’s what’s going on with Area 51.

Fucking hilarious to me that the Area 51 meme has gotten to a point where without a doubt there has been a military meeting somewhere with some very high ranking officials sitting down and going…. “Okay but seriously what are we going to do about this?” pic.twitter.com/v3aQGHyRjh

If you didn’t already know, Area 51 is The United States Air Force base in the desert of Nevada. Allegedly, it contains top secret information on extraterrestrial phenomena, and people believe there could be UFOs, aliens, and remains of such. Basically it sounds like the plot of Stranger Things. The base was featured in the 1996 film Independence Day as an alien testing laboratory, but the government rejects any sort of extraterrestrial activities. But still, there are people who believe the government is lying to us and there really are aliens at Area 51—just like there are people who believe we didn’t land on the moon.

Upwards of 600,000 people have joined the event “Storm Area 51, they can’t stop all of us” which joins people together to invade the air force base on September 20th in hopes of seeing any sort of extraterrestrial paraphernalia. Over 600,000 people? That’s more followers than many influencers have on Instagram. That’s a lot of f*cking people. The event description says, “We will all meet up at the Area 51 Alien Center tourist attraction and coordinate our entry” and that “If we naruto run, we can move faster than their bullets. Lets see them aliens.” A little more intense than your typical birthday celebration Facebook event description, wouldn’t you say? “Naruto run” is based on the Japanese manga character, Naruto Uzumaki, who runs with his head down and and arms arms stretched out behind. Kind of like how that one weird kid from your high school would run through the halls. I imagine this event would play out like a walk of shame, except you’re not hungover in your clothes from the night before, and instead of avoiding anyone you know, you’re avoiding the government. But really, the first clue that this event is not serious is the sentence that claims people can outrun bullets just be emanating a manga character. But as we know, people on the internet are f*cking idiots and this event is being taken seriously. Which brings me to my next point…

The Government Is Always Watching

The government ready and waiting for everyone storming Area 51 pic.twitter.com/U98wrutx7X

Apparently this event was a joke, but we all know there’s a little truth behind every “JK”, and consequently, the government has gotten involved. Air Force spokesperson Laura McAndrews said, “ is an open training range for the US Air Force, and we would discourage anyone from trying to come into the area where we train American armed forces.” They would discourage it? That’s like my best friend telling me that she discourages me from drunk texting my ex. Am I gonna do it anyway? Yes. Does her telling me not to do it only make me that much more determined to disregard her advice? Also yes. McAndrews also says that “The US Air Force always stands ready to protect America and its assets,” which to me feels like code for “you’re gonna get shot if you try to go in there”. Are the “assets” extraterrestrial activities? Is ET real? How much longer until this event is sponsored? Is this going to be the next Fyre Festival? Either way, this has brought us great memes, so that’s all that really matters.

To recap, you should not try to storm Area 51. If Stranger Things taught us anything, it’s that breaking into a highly protected government building to find some aliens is only going to f*ck up your life. If you’re going to actually spend the money on a plane ticket to go to Nevada, you’re probably better off going to Vegas, where you would likely see weirder sh*t anyway. Luckily for the government, everybody knows that only about 1/3 of people who respond “yes” to Facebook events end up actually attending, so they probably don’t have much to worry about.

That's What She Said

Not Michael Scott, but Emma Fein. She is in an expensive 4-year waiting period at Tulane University. You can find her eating anything with chocolate and peanut butter in it while rewatching The Office and still laughing at the same jokes each time. Follow her on Instagram @emmafein :)