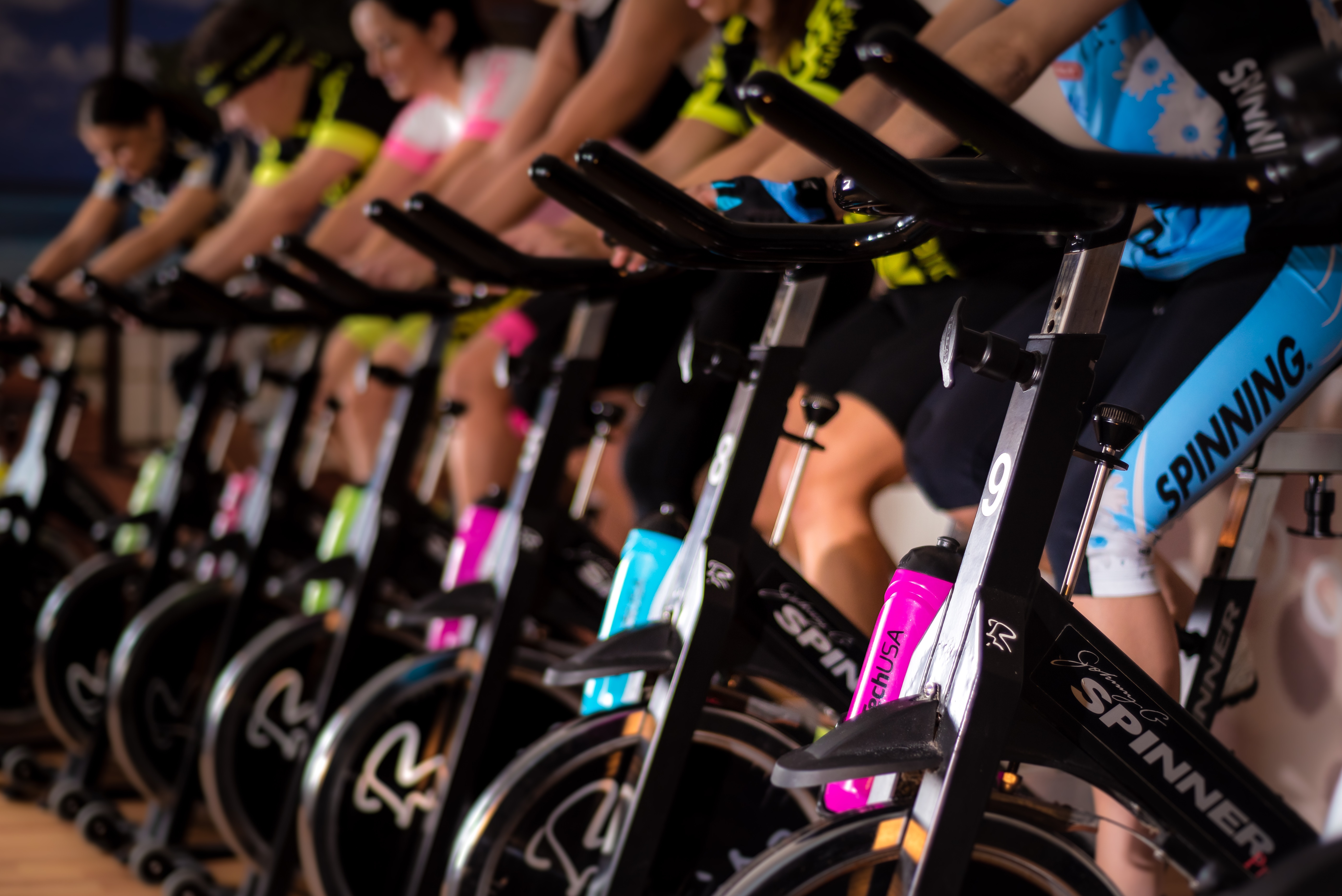 In a bizarre turn of events, we’re living in a time when  $34 workout classes are normal. Boutique fitness is taking over the workout world, and whether you’re a cult follower or just someone who needs a 45-minute sweat before the workday, you’ve probably been drawn in by a class or two. With so many studios in the market, getting you to book a spot in class is getting competitive, and studios love exaggerating the effects of their workout classes to get you through the door. Here are some ways these workout classes might be tricking you into thinking you’re burning more calories than you actually are.

A lot of fitness studios use new technologies to track your heart rate and count how many calories you burn in each class, and honestly, these numbers aren’t always indicative of a good workout, and just because your heart rate isn’t in a certain zone, doesn’t mean you’re not burning calories.. If you’re working hard in any class, you’ll know when you’re getting a sick workout, and you don’t need to be told that you’re in a specific “fat burning zone” to accomplish that. Trainers have literally come forward and admitted that although you could be burning a few extra calories while your body is in a specific fat-burning zone, it’s a waste of mental energy to worry about it, and it doesn’t make that big of a difference when it comes to burning fat. If you’re particularly into the heart rate monitoring, go for it, but if it’s not your thing, it really doesn’t matter.

The air conditioning of a studio depends on specific factors, like the building it’s in and what the weather is outside, but if you feel a little warm as you’re walking into the class, it’s probably on purpose. A lot of spin studios and other bootcamp-style classes make the rooms hotter than normal to make sure you start sweating as soon as the class starts, and you end up drenched by the end of the workout. This doesn’t mean you’re not getting a good workout, but sometimes if you’re dripping in sweat, you’re tricked into thinking you burned more calories than you actually did. (Unless you signed up for a hot yoga class—obviously.)

3. The Class Right Before You

This goes hand in hand with the AC issue, but honestly it deserves some recognition because it’s SO true. Ever notice that you’re already kinda hot and sweaty if you walk into a fitness studio right after the previous class just ended? That’s because the room is literally warmed up. And it also probably smells disgusting, but let’s discuss that another time. While some studios leave 20-30 minutes in between classes for the staff to clean up and air out the room, a lot of busy studios have back-to-back classes without letting the room breathe in between. You end up sweating more and thinking you’re burning more calories, but you’re not getting a better workout just because you’re drenched in sweat. Odds are, you’re just doing the same shit in an already sweaty room. Sorry.

In strength training, there is a legit and effective concept called “burnout sets,” where you perform a certain exercise repetitively to exhaust the specific muscle. However, group workout classes have taken this idea and used it to make you think you’re burning more calories than you might actually be burning. If you’ve ever spent like, 10 minutes in a barre class doing pulsing squats or felt the burn in your shoulders from the 2-pound weights in spin class, the fire in your muscles is from these burnout-style moves. However, this burning is not always indicative of how effective the workout actually is. You’re fatiguing the muscle, but that can be done just as effectively with less reps and heavier weight, so you’re just spending more time focusing on the burn. You’re literally exhausting your muscles, but that doesn’t always mean you’re accomplishing more than you would with a regular-timed exercise set.

This is another fad that workout classes use to draw you in and convince you you’re getting some ultimate, total-body sculpting sweaty workout. The “full body” buzzword sounds like you’d be burning a ton of calories, but sometimes targeted workouts that don’t work out your entire body can burn just as many calories. It’s a marketing strategy, and it’s working on you. Full body workouts are great for you, but don’t think that if you’re just doing an upper-body strength workout that you’re not getting as effective of a workout. In fact, sometimes studios just add in moves that target extra body parts to make sure you’re super sore the day after, which, once again, isn’t always proof that it was a good workout.

After every Upper East Side mom tried the regular 45-minute classes and still had an extra 15 minutes before the 12pm rush hour at Whole Foods, studios decided to make their classes longer, adding in another 15 minutes to get an even better workout. While these longer classes obviously burn more calories because logically you’re working out for a longer amount of time, don’t think that these extra few minutes are necessary. HIIT style classes in particular are meant to push you to your limits in a short amount of time, so if you know you’re sticking around longer, you might end up pacing yourself (aka not trying as hard the whole time) and burning the same amount of calories that you would have in the shorter class where you’d go all-out from the beginning. Class timing isn’t everything, so if you don’t want to do burpees to a Meghan Trainor song for another 15 minutes, don’t feel guilty about it. We certainly don’t.