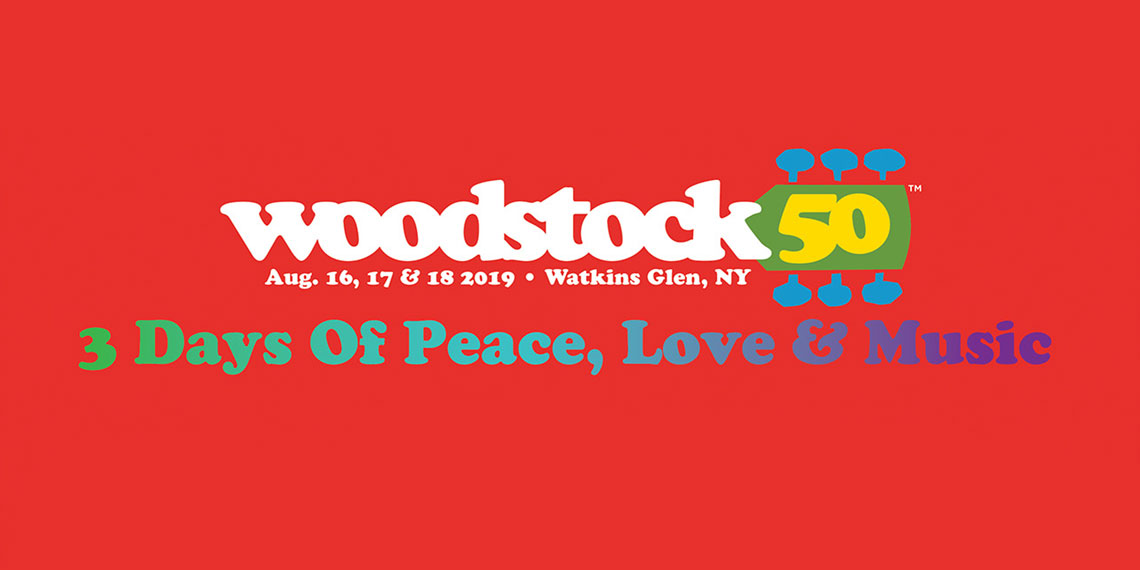 Woodstock 50 Is Going To Be The Next Fyre Festival

Despite how many influencers go to Coachella every year, the original Woodstock is still the most iconic music festival of all time. In August 1969, over 400,000 people made their way to upstate New York for a music festival that would be a defining moment in the counterculture generation. Over the years, there have been various revivals of the Woodstock festival, and this year, to celebrate the 50th anniversary of Woodstock, is going to be the biggest of them all: Woodstock 50. Well, it’s supposed to be the biggest, but right now it’s looking like a total sh*tshow. Let’s examine what’s going on with what may end up being the Fyre Festival of upstate New York.

Earlier this year, Michael Lang, one of the co-founders of the original Woodstock festival, announced that he would be organizing a 50th anniversary edition. The site for the festival, Watkins Glen International Racetrack, already has an iffy past with music festivals. Last summer, there was supposed to be a Phish festival there, but it got shut down due to water quality and safety issues due to flooding. Lang announced that for Woodstock 50, a separate water supply would be brought in to avoid these problems. Already, this sounds like a mess.

The lineup for Woodstock 50 was announced in March, and it’s pretty impressive. Headliners include Miley Cyrus, Jay-Z, Halsey, The Killers, Santana, and Chance the Rapper. It’s a little all over the place, but I’m still impressed. Reportedly, though, iconic acts like Led Zeppelin, Paul McCartney, and Billy Joel all turned the festival down. Looking back now, maybe they knew something we didn’t at the time?

Tickets for Woodstock 50 were supposed to go on sale on April 22, which already seemed a little late for a festival of this size, but that date came and went with no updated information. Then, on April 29, the main investors in the festival, a company called Dentsu Aegis Network, announced that they were pulling their financial support, and that the festival would therefore be canceled. The issue? Besides being surprised to learn that “Dentsu Aegis” is a real company, and not a secret society from a sci-fi movie, the Woodstock 50 organizers pulled some shady sh*t. The festival reduced the capacity to 75,000 in order to make room for people camping. The capacity was initially promised as 150,000, so Dentsu Aegis was understandably upset that they were only going to get half the ticket sales.

Despite a main production partner, Superfly, also pulling out a couple days later, Lang said that the festival would still go on as planned, and that they were seeking out new financial backers. That sounds fine, but it was revealed that all of the artists on the lineup had made payment deals through Dentsu Aegis, not the festival itself, so they were no longer obligated to show up at the festival. Yikes.

Earlier this month, reports circulated that Michael Lang had found a new financial backer for Woodstock 50, but he still needed a mass gathering permit for the festival to go on. Additionally, he filed an injunction against Dentsu Aegis, saying that they had no right to declare the festival canceled, and also demanding that they return $17 million that they removed from the Woodstock 50 bank account. He also alleged that Dentsu had prevented the tickets from going on sale on April 22.

This week, a judge ruled that Dentsu Aegis did not have the power to cancel the festival, clearing the way for it to proceed in August. However, the judge also said that Dentsu did not have to return the $17 million, so Woodstock is still broke. Now, Michael Lang is adamant that Woodstock 50 is going to happen in August as planned, but it’s still unclear who’s paying for it, or when tickets will go on sale.

As if this story wasn’t already messy enough, there’s a whole other situation going on with Woodstock 50. Live Nation, one of the biggest concert promoters, is holding a separate Woodstock 50 anniversary concert, also taking place in August at the site of the original festival. Some of the same artists are even scheduled to perform at both Woodstock 50 events. Michael Lang filed a cease and desist order against the Live Nation event, but it’s still moving forward, and tickets have been available for weeks. Honestly, if I had to choose one, the Live Nation concert is definitely a safer bet.

At this point, it’s still wildly unclear if Woodstock 50 is going to happen, but if it does, I can’t wait to see how gigantic of a mess the whole thing is. If you’re planning to go, you should definitely bring your own water and toilet paper, because things are probably going to get dicey. I would give you the link to buy tickets to Woodstock 50, but lol tickets to this thing are never going on sale. Brb, gotta go send some emails to try and get press passes. Can’t wait for the competing Hulu and Netflix documentaries about this in 2021.