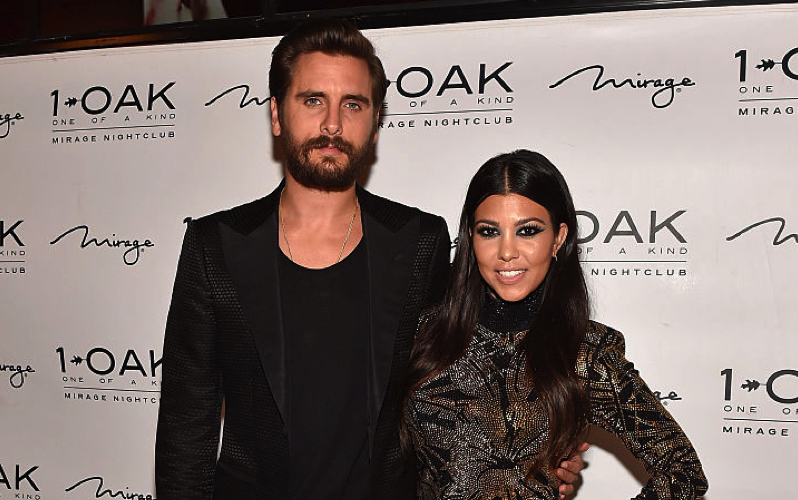 Will Scott And Kourtney Get Back Together? The Lord Has Spoken

I’m officially canceling all of my commitments for the rest of the week, because this drama with Younes Bendjima is just too good. The other day, it was reported that Younes and Kourtney Kardashian broke up, which was a little sad, but ultimately not that surprising. Like sands through the hourglass, so are the days of our lives. I was honestly kind of over them as a couple, so the actual breakup didn’t affect me that much. But then, the shady Instagram comments. Silly me, I should have known the Kardashian family would find a way to get me invested in this one way or another.

While Kim and Khloé have made their feelings about Younes pretty clear in the comment section, there was one key player we still needed to hear from: the Lord himself, Scott Disick. Just because Scott is Kourtney’s ex and the father of her children, he obviously has no say in what she does in her love life. As a glorious asshole of a human, however, I am always curious about what he has to say. So far, he’s refrained from any public comments on the matter, but an E! News source claims to know how Scott feels about the whole thing and…

He feels great! According to the source, “Scott is very happy Kourtney cut it off with Younes. Although he is happy in his relationship with Sofia, he never liked Younes for Kourtney.” Interesting. Veeeery interesting. Is this Scott being an insecure man who still jealousy issues about his ex? Does he know something that makes him actually dislike Younes? Is he *really* happy with Sofia? So! Many! Questions!

Really, I think it’s unlikely that Kourtney and Scott will ever get back together. After so many false starts and traumatic breakups over the years, it seems like they’re just better off not being together. In the past few years, it seems like they’re really gotten to a point where they can (mostly) get along and focus on being the best possible parents to their three kids. Also, we can’t forget that Scott has been in an actual relationship for like a year, so it’s not like he’s just available for Kourtney anyway.

As if there weren’t already enough layers to this story, now let’s think back four days to the new season premiere of Keeping Up With the Kardashians. Why is life moving so fast? In the episode, which was filmed last fall, Khloé asks Scott if he thinks that he and Kourtney will ever get back together, like maybe in a few years. Now, I thought this scene was weird from the moment it aired. First of all, both Scott and Kourtney were in committed relationships at the time of the conversation. On the show, they weirdly don’t mention Sofia or Younes by name, but Scott was basically like, “um, I’m happy in a relationship.” I feel like this is a clear example of Khloé trying to make a storyline out of nothing, and if anything, it seems like she should be having this conversation with Kourtney, not Scott. Scott did say that they used to talk about trying to get back together when they were in their 40s or something, but it doesn’t seem like something he’s seriously considering right now.

I hope Kourtney is happy and feels fine about the end of her relationship, but I doubt a reunion with Scott is coming any time soon. There are plenty of other hot younger men out there, so there’s no real reason she needs to go back for round 4 (5? 6? I can’t keep track) with Lord Disick.