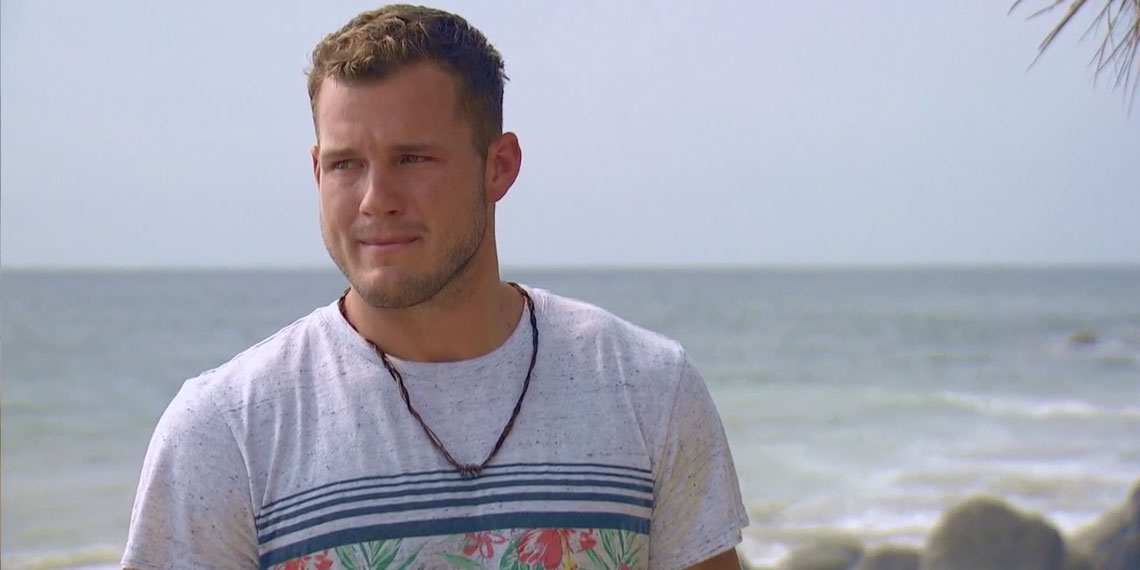 Why Was Colton Chosen As The Bachelor? An Investigation

Tuesday morning, ABC announced that Colton Underwood will be the new Bachelor. Yep. I haven’t even watched the three-hour Bachelor in Paradise episode, and ABC has already ruined my week. More importantly (kind of), they’ve ruined much of America’s week. All of which begs the question: Why does ABC hate their fans? Paradise and Bachelorette viewers alike have made it clear that they are sick and tired of Colton. And after the outright hatred for Arie Luggage-Tag Jr., I hoped just a little that they’d learn from their mistakes. Then again, they did cast a Paradise contestant with harassment allegations after production was shut down last year over sexual misconduct allegations sooo…I was definitely expecting too much. Anyway, here are all of the (misguided) reasons ABC looked at their 700+ hours of existing Colton footage and thought “yeah, we need a full season of this.” Ugh.

TBH if all I knew about Colton were a short bio and a headshot, I doubt I’d be pissed. He’s a hot former NFL player. There’s a charity named after him, for sick children, no less. He dated Olympic athlete Aly Raisman for two years (a catch way out of Bachelor Nation league), and to top it all off, he’s a virgin. It all seems like that would set the stage for a decently entertaining season—if we’d never seen him on TV before.

Sadly, we have seen him on TV—plenty. We know ABC can’t get Aly Raisman to appear on air (or address the virginity claims). Colton has discussed his virginity on TV with both parents (ew), and nervously questioned Chris Harrison about “expectations” in the fantasy suite. We’ve seen him fall in love with, and say tearful goodbyes to, more than one TV girlfriend. We’ve even seen the kids at the Colton Underwood Legacy Foundation. And you know what? NONE OF IT WAS THAT GREAT. More importantly, none of it made up for the fact that Colton is neither a great guy nor a really interesting one.

My face whenever I think about Colton:

We’re Invested In His Journey

Honestly, sometimes it seems like one producer at ABC came up with the whole Colton scheme years ago and the entire network has just refused to change course, no matter how bad responses get. First we have Tia, rejected first by Arie and then by ABC. Then we have Becca, humiliated first by Arie and then by ABC. Enter Colton: the handsome virgin here to tear these two vulnerable women apart. Again, it really SOUNDS like good TV—until it’s not.

Here’s the thing: even before I started tracking the Tia nonsense, I never believed Colton was that into Becca. All the way up until hometowns, I felt like cringing every time Becca called him for a one-on-one, or gushed that he was telling her exactly what she wanted to hear. Colton was so much more attractive and less enthusiastic than every other contestant, and the whole thing just reeked of a former nerd who finally got the quarterback’s attention. One of the reasons why the “Colton’s Breakdown” episode of Paradise was so startling was because I genuinely never believed he had feelings for Becca. (I mean, maybe he still didn’t. Maybe ABC told him his dad had a heart attack and then hit record. Would you really put it past them?)

Next up, we have Colton and Tia’s “relationship,” which I am definitely not alone in finding forced. There’s been more than enough written about it already, so I’ll just say this. Every time I see a girl fall for Colton on TV, I want to shake her by the shoulders and scream “HE’S NOT THAT INTO YOU! RUN!” So, yeah. I’m not really looking forward to watching Colton mumble and fake-smile at even more women who feel blessed just to be in his (highly indifferent) presence.

His Virginity Makes Him Compelling

This is possibly my greatest fear for a Colton-as-Bachelor season. Like I said, we’ve already exploited his virginity—a LOT. The only kindness ABC did us was having Becca cut him before he actually went to the Fantasy Suite. And now, they’re going to have an entire episode devoted to Colton (maybe!) losing his virginity to (maybe!) up to three women in as many nights. I will say, the stakes for who gets the first date here have never been higher. And those morning-after interviews will definitely have a different tone from, say, Raven bragging that Nick Viall really knows his way around an orgasm. But even beyond the dire prospect of virgin Fantasy Suites, let’s break down why this idea is so dumb.

For one, I have a distinctly hard time believing that Colton is, in fact, still a virgin. Since he announced his virginity to a very large national audience, I am certain that women across the globe have been SAVAGING his DMs with very, very thirsty offers to handle that problem for him. Of course, our very prestigious Bachelor would never go for someone who just slides into his DMs like that…oh wait, hi Tia. Even if Colton hasn’t swiped his V-card with one of the million eager volunteers, the fact that he’s essentially auctioning it off on television detracts just a hair from the “authenticity” I think ABC is hoping for here. There’s just a difference between saving it for the “right person” and saving it for the “person who will maximize my Instagram pay rate if we couple up.”

Oh well. Maybe the real lesson here is that I just need to give up on The Bachelor. Maybe I’m finally too cynical for ABC’s game. I mean, they’ve had Colton posting nothing but puppies on his Instagram for the past month, and even that isn’t enough to get me rooting for him. Frankly, I’d rather watch a TV show that’s just Tia watching Colton’s season at home and crying softly into her pillow. I just hope Bekah stays active enough on social media to tell us exactly how many of his contestants Colton has DM’ed in the past six months. This is 2018, and f*ckboys don’t change: they just get a national audience.