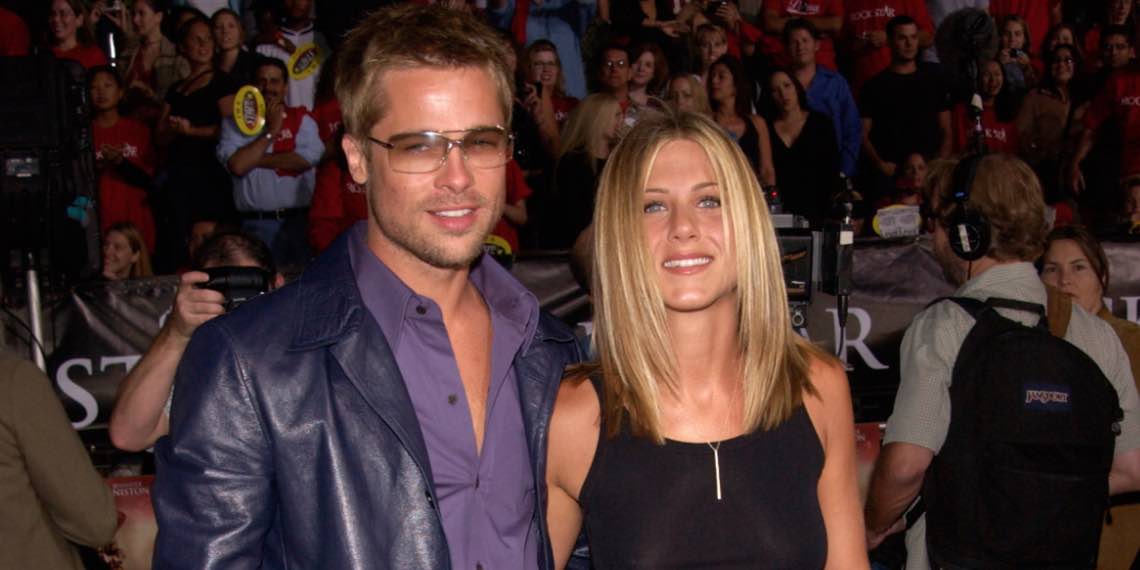 Why Was Brad Pitt At Jennifer Aniston’s Birthday Party?

Want to feel old? Jennifer Aniston celebrated her 50th birthday this weekend. Want to feel even older? Enough time has apparently passed that she and ex-husband Brad Pitt are cool enough for him to attend the party. I guess there’s no better way to say “I’m still getting over my second divorce” than by bringing the f*ckboy from your first divorce back into your life.

So obviously, the question on everyone’s minds is are Brad and Jen getting back together? The answer is a resounding “maybe”. According to some of Aniston’s F.R.I.E.N.D.S. who attended the party, Brad was there but the two didn’t really interact. Though Pitt did reportedly have a “great time” and spent most of the night hanging out with George Clooney and Orlando Bloom. Sidenote: how do I get invited to a party with Brad Pitt, George Clooney, and Orlando Bloom?

Since their divorce in 2005, Brad and Jen have reportedly remained in touch, and are reportedly friendly with one another, despite the whole him dumping her for Angelina Jolie thing. (And here I am unable to forgive my high school boyfriend for getting the wrong prom corsage.) But rumors that the two have rekindled their iconic romance have been swirling ever since Jen’s recent split from Justin Theroux in early 2018. While a source told ET at the time that the two were “absolutely not” dating, everyone’s favorite purveyor of juicy-yet-not-officially-confirmed celebrity gossip, Enty Lawyer, has some other insight to offer.

The back of Brad Pitt’s head spotted at Jennifer Aniston’s 50th and what does it all mean? https://t.co/qgbNhNeyUm pic.twitter.com/0kwLkqlCmJ

If you don’t read Crazy Days And Nights, you need to. An abridged explanation is that Enty, the man behind the site (not his real name), publishes what are called “blind items” in which he spills celebrity gossip that hasn’t officially been confirmed yet. Only, he doesn’t name names, which is how he manages to do this without getting in trouble with the celebrities he writes about. Basically each blind item is like a fun riddle that you can piece together using the clues in the items. It’s hard to explain, so just go read it, and then say goodbye to your life.

So, Crazy Days and Nights published a blind item months ago alluding to the fact that Brad would make “a return to Jen’s life,” and not just for the purposes of friendship. Enty revealed to us that being seen together would be a good PR move for both Brad and Jen, considering Brad’s rep has suffered considerably since his messy divorce from Jolie, and Jen needed to take some heat off her “awful relationship” with Theroux. Brad was also apparently “not the only ex at the party,” though Theroux was not in attendance. If that’s true, then is Jen’s birthday party basically the real-life version of when I text all my exes at 3am to see who will respond the fastest to give me attention?

So is Brad being at Jen’s birthday party a sign these two will do a reboot of their relationship? I guess we’ll have to wait and see if Brad changes his hairstyle to match Jen’s find out.