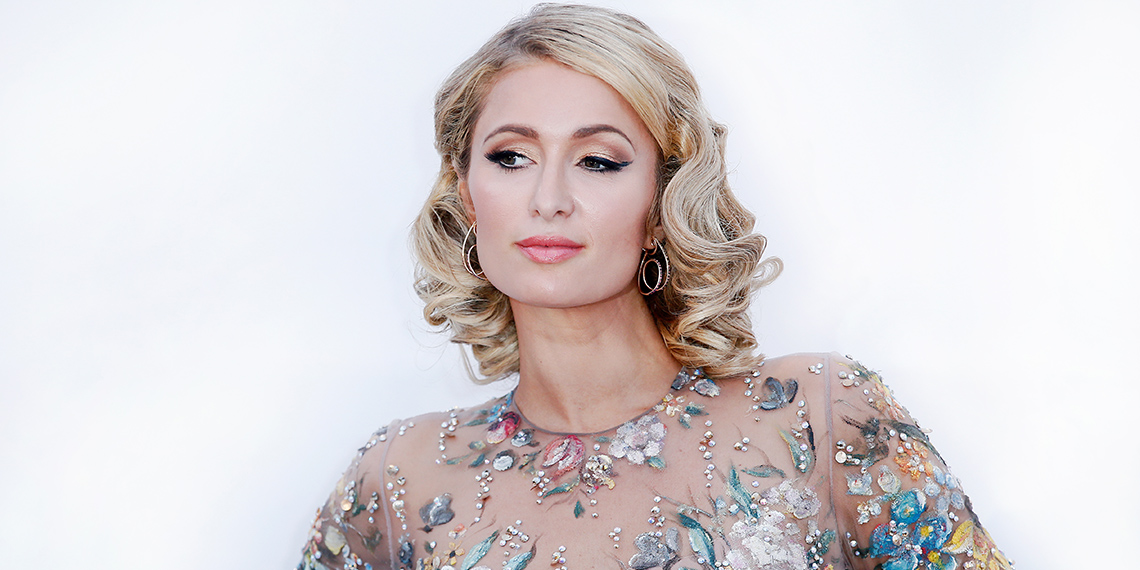 Why Paris Hilton Is Coming Under Fire For Talking About IVF

Infertility is a problem many people struggle with, and although it is often considered only a woman’s condition, both men and women can contribute to it. While the topic has long been considered hush-hush, in recent years, conversations about fertility struggles are becoming more normalized, with even celebrities opening up about their difficulties. Typically, you’d expect that when a celebrity publicly discusses issues related to infertility, they would be met with an outpouring of support. Not so for Paris Hilton, whose recent comments about her decision to undergo IVF are causing outrage.

On a recent episode of a podcast called The Trend Reporter With Mara, Hilton opened up about her decision to start a family, remarking that she and her boyfriend Carter Reum had decided to try IVF. She explained that her friend Kim Kardashian was the one who recommended IVF in the first place, saying that before Kardashian’s recommendation, “I didn’t even know anything about it.”

The CDC reports that 1 to 2 percent of all U.S. births annually happen via IVF, and according to WebMD, only about 5% of couples with infertility seek out IVF, so Hilton’s decision to speak publicly about her decision to undergo the process is significant. Although infertility is a fairly common struggle that couples go through, with about 1 in 8 couples having trouble getting pregnant or sustaining a pregnancy, the stigma of it persists, and women may be on the receiving end of the worst of that stigma. According to a 2019 survey conducted by Modern Fertility, about 1 in 5 women reported that they experienced discrimination or prejudice because of their infertility, which led to them feeling guilt and shame. In addition, 59% of the women who participated in the survey felt that women who are infertile are unfairly treated.

So while Hilton being open about her decision to undergo IVF is commendable and can help lessen the stigma for other women and couples going through the same process, her reasons for going that route are coming under fire. Hilton explains on the podcast, “We wanna have twins first, and then I don’t know, like either 3 or 4 children.” When host Mara Schiavocampo asks if she’s considered surrogacy, because it’s kind of hard to plan twins, Hilton reveals, “we have been doing the IVF so I can pick twins if I like.” Later on, when Schiavocampo asks Hilton what made her decide to undergo IVF, Hilton explains, “I think it’s just something that most women should do just to have, and then you can pick if you want boys or girls … I want to have twins that are a boy and a girl, so the only way to 100% get that is by making it happen that way.”

Hilton’s comments quickly earned backlash and were called “insensitive”. First, there’s the casual remark that every woman should just undergo IVF just to be able to have the option of it, which completely leaves out the fact that for many people, IVF is prohibitively expensive. The average IVF cycle can cost anywhere from $12,000 to $17,000 before medication and not including genetic testing, and it may or may not be covered by insurance. Furthermore, it usually requires more than one round. Most people are not Paris Hilton with net worths of $300 million, and doing IVF is a huge financial undertaking.

And that’s saying nothing of the intense emotional and physical side-effects. Felice Gersh, M.D., an award-winning OB/GYN and founder/director of the Integrative Medical Group of Irvine, in Irvine, CA and the author of PCOS SOS Fertility Fast Track, tells Betches that with IVF, there is a risk of “tubal pregnancy and hyperstimulation of ovaries leading to very enlarged ovaries and illness from too much estrogen produced.” This is on top of “all the issues of any pregnancy”, plus the risks of any procedures, such as infections and bleeding. Most common? The “risk of failure and disappointment and emotional toll is great,” she says.

There’s also the fact that having twins, even through IVF, is risky for both the mother and babies. According to the Fertility Institute, IVF multiple birth risks include the babies being born preterm (almost 60% of twins and 90% of triplets are delivered preterm), which can in turn result in low birth weight and increased risk of long-term issues such as cerebral palsy, vision loss, and hearing loss. There are also serious risks to the mother; complications such as gestational diabetes and preeclampsia are more common in twin pregnancies. (Kim Kardashian suffered from preeclampsia during her pregnancies, which is why she ultimately decided to use a surrogate after the birth of her second child). Twin pregnancy is also associated with greater life-threatening maternal complications. Also, age is one of the most common risk factors for high-risk pregnancies, with women over 35 being at greater risk. Hilton is 39. The point is, having twins through IVF at any age should not be taken lightly. Dr. Gersh emphasizes that undergoing IVF with the express purpose of having twins “should never be the goal, as multiple gestational increase risks to the mom and babies.”

And while Dr. Gersh says that “male and female factors for infertility are the usual reasons” for choosing IVF, couples sometimes go this route “to choose gender due to sex linked disease.” Gender selection can happen during IVF if parents choose to have their embryos screened for genetic abnormalities. During that process, the doctors can also look at the sex of the embryo, at which point, parents can choose the embryo. Chrissy Teigen did this when she was pregnant with her daughter Luna. She subsequently was criticized for choosing her child’s sex, forcing her to explain that it was only one part of the process, writing on Twitter, “I think I made a mistake in thinking people understood the process better than they do.” Dr. Gersh says that choosing the sex “would be a personal decision between all concerned” and “is not an issue in the vast majority of cases.”

That said, there are couples who specifically undergo IVF so they can choose the sex of their baby, a practice which is controversial, and Hilton’s comments seem to imply that she may fall into the latter camp.

Shannon M. Clark, MD, MMS, FACOG and creator of the Instagram accounts @babiesafter35, responded to Hilton’s comments in a number of IGTV videos. She asserts, “The idea of being able to ‘pick twins if I like’ is not only incorrect, it’s dangerous and it’s irresponsible to put out there as a choice that anyone could have—because it’s not a choice that anyone could have.” She adds, “IVF is not available to everyone, and twins are a high-risk pregnancy.”

That said, we do not know precisely Hilton’s reasons for undergoing IVF, and given that she is 39 years old, she may very well have been struggling with infertility. Gender selection may have been a plus side of, but not the entire reason for, undergoing IVF. Still, the way she expressed it was flippant, and that could potentially have adverse consequences (though I kind of doubt anyone is seriously looking to Paris Hilton for family planning advice). We may never know exactly why Hilton is undergoing IVF unless she tells us, and the backlash to these comments might make her less inclined  to open up any further. Her comments were out-of-touch and IVF is not feasible for everyone (for a multitude of reasons), and just because Hilton did not seem to experience serious side-effects does not mean it is an easy process. That said, there is a way to correct and provide context for her statements without coming for her personally, and unless we are told otherwise, we should give her the benefit of the doubt in assuming that she made the best decision for herself and her family under the guidance of medical professionals.