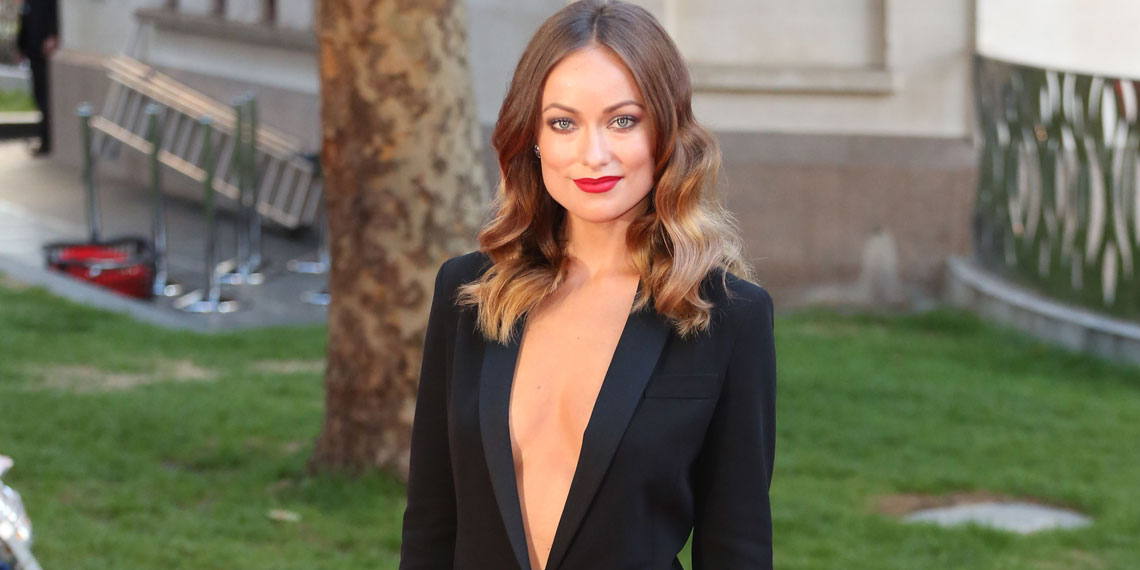 Why Olivia Wilde Thinks Women Should Be Complimenting Each Other More

If you’ve ever showered a friend with borderline aggressive compliments to make her feel good about herself, then you know what the term “gassing up” is all about. If you have no idea what I’m talking about, Urban Dictionary (the chief authority on all things slang) defines it as, “To boost someone’s ego, or make something seem more hype than it actually is/was.” However, it can also be used in a more general context with a less negative connotation, to just mean complimenting someone. If this is the first you’re hearing about it, don’t feel bad, because neither had Olivia Wilde, as she told Betches in the latest episode of our Betch Slapped podcast—even though her directorial debut, Booksmart, is all about the unparalleled love and support that exists between female friends. The movie has so many hilariously endearing instances of the main characters, Molly (played by Beanie Feldstein) and Amy (played by Kaitlyn Dever), attacking each other with what surprises you to be words of love and encouragement, which has become a big thing in recent years. If your friend tells you your new haircut is the most astonishing piece of art she’s ever seen, she’s gassing you up. If your coworker makes you feel like you just successfully landed on the moon for completing a project, she’s gassing you up. Even if your mom’s Facebook friends leave comments on her photos of you exclaiming your beauty with the widest variety of heart emojis you’ve ever seen, they’re gassing you up.

In representing the way the Booksmart characters gas each other up, Olivia drew inspiration from things her own best friends have said to her to remind her of her power at times of insecurity. She recalled a friend asking her “Excuse me, have you met you?” Teenage girls can be cruel to themselves, and their friends feel responsible for reminding them of their worth and cheering them back up, which the movie proudly showcases. “Who allowed you to be this beautiful?” is one question among many other screamed exclamations in the various barrages of verbalized heart eye emojis the main characters bombard each other with. In one instance, Amy literally slaps Molly in the face for talking sh*t about herself and says “How dare you talk about my best friend that way,” which Olivia says it takes a good friend to do.

You’ve definitely seen celebrities gassing each other up on social media ever since Instagram took comments out of chronological order and started exposing the ones from verified accounts, which was pretty annoying at first because we have a hard time facing the brutal reality of change. But, like always, we got used to it, and can now acknowledge that a showcase of women gushing over each other’s photos in support is exactly what the cruel internet needed.

Here is Gigi Hadid getting a bunch of love on a photo she posted of herself:

I’m sure Gigi is no stranger to people gawking over all her unfair gorgeousness in her comments, but it’s still nice to see other women with influence wholeheartedly supporting her in all her gorgeous endeavors.

Another celeb whom people love to gas up is the queen Lizzo, whose music is featured in the movie:

This is a big one for me because for so long I felt like my music wasn’t reaching black people and it was breakin my heart. To be an @essence COVERGIRL means this musical medicine I got is finally being heard by EVERYONE ??? thank you!!!

I want to gas up Sza for getting sick over Lizzo’s beauty and importance. SAME. I’LL HOLD YOUR HAIR BACK.

Moving on from the gassing up fest of sunshine and rainbows, Olivia also noted how the dynamic of aggressive love that women give to one another in their friendships is the opposite of dynamics in friendships between guys. Guys usually don’t express googly eyed love for their bros and constantly tell them how gorg they look, but they are way more comfortable being honest with each other about (and then moving on from) things they do that bother one another. “We’re not as good at expressing disappointment in each other…we tend to see that as betrayal,” Olivia explained. The idea of hesitancy in girls to call each other out for anything other than being amazing is reflected in an eventual fight between Molly and Amy.

While honest communication is obviously key in friendships, we all thrive off of our friends stanning us and making us feel like Beyoncé for a hot second. In a world where girls have been programed to compete against each other, being obnoxiously supportive instead is so tremendously important. Especially with so many young girls joining social media at increasingly early ages, celebrities who set an example for love and kindness are so valuable. So continue to pay the gassing up forward! As silly and purely fun as it may seem, it’s truly changing attitudes for the better.

Listen to the full Betch Slapped episode below to get more of Olivia’s thoughts.