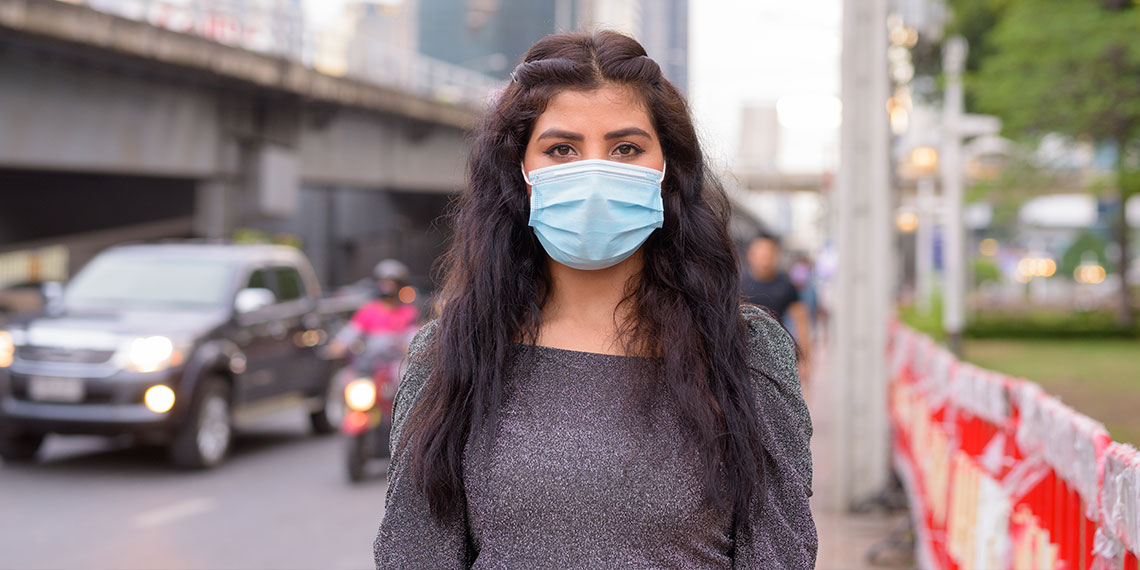 Why I Cut Out Friends Who Don’t Take COVID Seriously

“I have some news,” my dad tells me on our morning call, “my mother died.”

I immediately stop pouring my coffee and take him off speakerphone.

My father goes on to tell me that she passed away earlier that morning in her London apartment and that he would send me the Zoom funeral information when he had it. I then ask my dad the question that I’m sure many of us have been asking a lot more these last few months, the question that can change a 10-minute chat into a 3-hour conversation, the most important question at this time: “Are you okay?”

Back in November, my dad had to have his leg amputated. There are no words to describe the agonizing fear of waiting for the doctors to give you updates or trying to memorize every word and sound of your parent’s voice as they are being wheeled into surgery because, hey, it may be the last time you hear them say “I love you.” After three major operations, he has been recuperating and learning his new normal, including walking with a prosthetic. When COVID-19 hit the rehabilitation home where he is currently residing, they immediately followed protocol and shut down. I haven’t hugged my dad since my visit to the Bay Area over the holidays and now, when I visit from Los Angeles, I stand outside his window to see him. These last couple of visits, I’ve wondered, “when will I hug my dad again?” and when a parent loses a parent, it’s the harsh reminder that we don’t get to keep ours forever, either.

This pandemic hasn’t gotten under control because many believe that doing things such as wearing a mask when around others, staying home, and practicing social distancing will lead to the virus controlling their freedom. Thanks to social media, I’ve learned that some of these people aren’t just people on the internet—some were part of my inner circle.

When a friend asked me what I was doing for the 4th of July, I told them there were many reasons why I didn’t feel like being patriotic, but more importantly, I want to see my loved ones without the fear of getting them sick. When I asked this friend what their plans were, they told me they were driving from our state, California, to another high-case state. After reassuring me that they weren’t one of those people who don’t believe in masks, they stated that they were skeptical about the vaccine based on their own knowledge and research of epidemiology. They then stated the infamous line, “We can’t live in fear forever.” For the record, this person is not a doctor.

Now, I am all for questioning authority, but when things are uncertain and peoples’ lives are at risk, I am not one to put my opinion and assessment over facts and numbers. I did express to this friend that their decision saddened me, and although I do know they understood where I was coming from after almost losing a parent, I can’t be the only one whose friendships have changed or have ended during this unpredictable chapter.

I compare the decisions we make during this time to drinking and driving. Sometimes people get away with it, so they don’t think anything of it. But not getting caught doesn’t make it right. Also, what happens when you hit another car and hurt someone, let alone kill them? What if your decision hurts or kills the passengers in your car? Then your judgment, your decision, has severely impacted someone else—how can someone be okay with this?

I spent my July 4th by the pool alone, drinking piña coladas, FaceTiming friends and family, and of course, watching everyone’s Instagram stories. The IG stories I saw ranged from people secluded among small groups in other parts of the United States, to the politically slanted “If you don’t celebrate today, it defeats the purpose of this day” rants. I unfollowed and deleted and kept telling myself a quote a former colleague once told me: “Don’t you just love when the trash takes itself out?”

It’s incredible how a pandemic that has asked us to simply wear a mask when around others and to stay home has revealed who people truly are. My grandmother hid from the Nazis during World War II in Holland when she was eight years old. Having a gas mask was a luxury—it meant you had a chance at survival. She didn’t have an iPhone to FaceTime her parents that she was separated from. I mean, hell, she didn’t even have food—she lived off tulip bulbs. But sure, tell me more about how wearing a mask is infringing upon your life.

I am by no means an angel. I’ve received a speeding ticket, sent 3am text messages that deserve to be a meme, and, not to sound like a 45-year-old divorcée, I can be fun. I don’t take myself seriously, I’m the friend who keeps Twister and mini-beer pong on hand “just in case” and has a small reputation of being a bit of a wild child. I have managed to safely hang out with a couple of friends outside at a distance, and I will be the first to acknowledge that minimal human interaction is vital to everyone’s mental health. However, when you don’t choose to care about others’ health, others’ lives and your behavior is delaying many of us from being able to simply hug our loved ones again, amongst the many other long term effects it could have on others, then yeah…

You and I have nothing in common.

Davina Adjani is a proud dog auntie, bad pun-creator and coffee addict. She will be the first to correct you if call her hometown, San Francisco, “San Fran” (SF is permissible, by the way). When she was 19, someone told her stop writing and find something she is good at, so she’s been writing ever since. Follow her on insta @davinaadjani