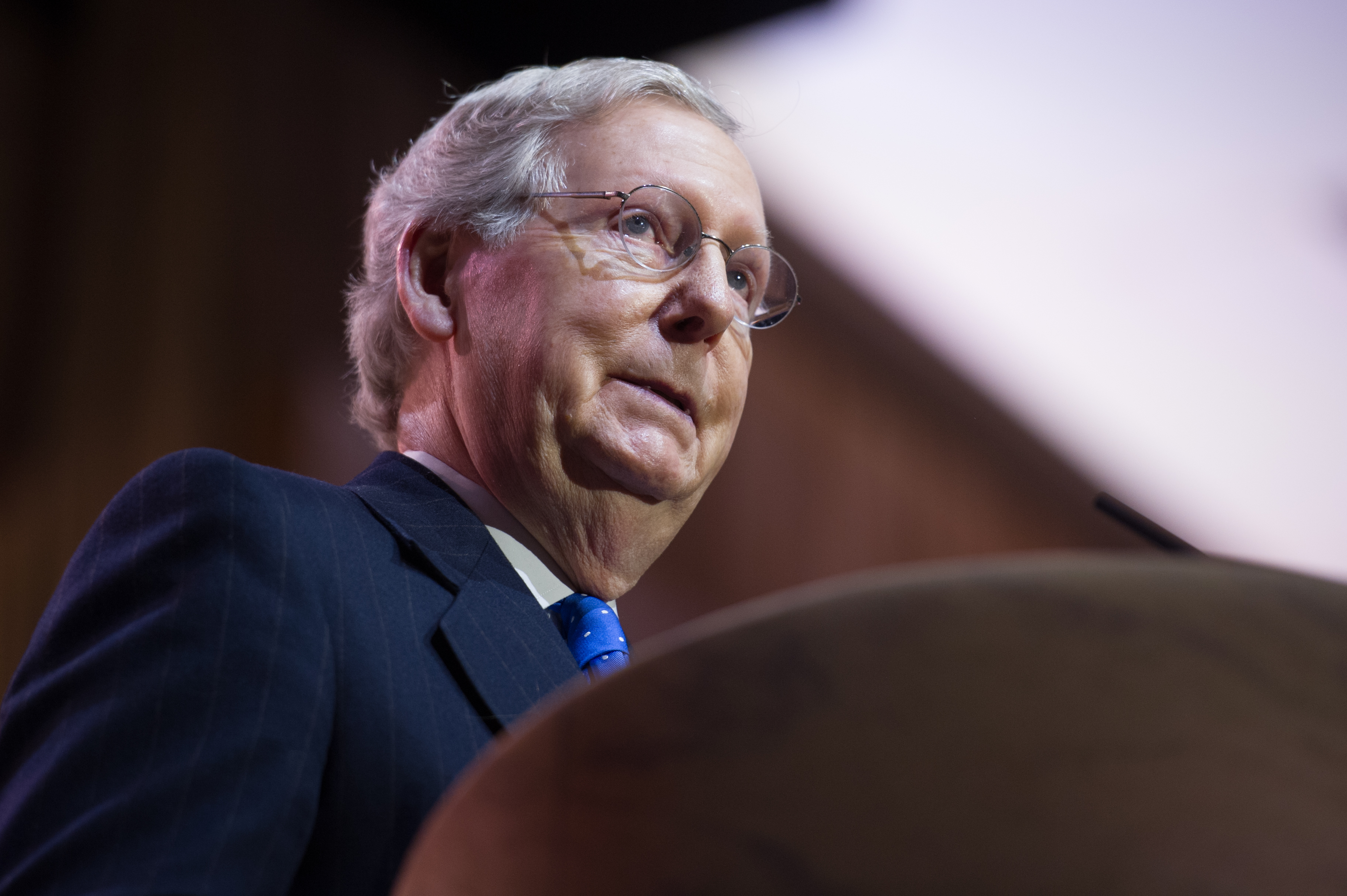 Human embodiment of a wet sneeze AKA Mitch McConnell is receiving some major sh*t from people online after he offered nothing more than his prayers and support to the victims of this past weekend’s horrific mass shootings in El Paso, Texas and Dayton, Ohio.

The entire nation is horrified by today's senseless violence in El Paso. Elaine's and my prayers go out to the victims of this terrible violence, their families and friends, and the brave first responders who charged into harm’s way.

Sickening to learn this morning of another mass murder in Dayton, Ohio overnight. Two horrifying acts of violence in less than 24 hours. We stand with law enforcement as they continue working to keep Americans safe and bring justice.

Seeing as there are currently gun legislation bills that have been passed by the House but blocked by McConnell, the Senate Majority leader who can call a vote on them but has failed to, people didn’t find these tweets to be all that helpful.

And yet here’s #MoscowMitch refusing to let two #CommonSenseGunLaws on the senate floor for a vote.

Your words mean nothing.

Fuck you, you disgusting sack of shit. You stand with the NRA. So fuck off.

Hey. Fuck you forever your legacy is a weak chin, Russia, and the deaths of countless Americans.

As much as I love a public dragging of Mitch McConnell and his flaccid face, I do wish in this instance that we wouldn’t have to berate him for not doing his job. Au contraire, I wish he would…do his job.

So, what’s the deal with the gun legislation that McConnell is refusing to put on the Senate floor for a vote? Wow, great Q. These proposed laws are meant to confront the loopholes that exist when it comes to background checks for buying guns. Gun laws are rife with loopholes. Look, I love a good loophole in a happy hour deal (it says buy one get one half off, but doesn’t say anything about buying six at once!!!), but I prefer to keep loopholes out of it when it comes to laws about who is allowed to purchase a machine that can kill people.

Here are the proposed gun laws passed by the House that are waiting for a vote from the Senate:

Current gun laws allow the sale of firearms to proceed if the background check system doesn’t respond after three days. Again, I can see this kind of lax approach to a situation such as my roommate not responding about eating their leftover fries in the fridge (more than three hours of no response means they’re mine now), but not when it comes to purchasing a lethal weapon. This bill would extend that three days to ten days.

Both of these bills passed the House in a 240-190 vote in February, and they have yet to reach the Senate floor for a vote. Why? Because Mitch McConnell is the one with the power to put it to a vote in the Senate, and he hasn’t done that. Instead, he’s tweeting out prayers and support.

Another frustrating element to all of this is that background checks are not even a bipartisan issue — the partisan disagreement seems to only exist between lawmakers in D.C. In fact, 93% of Americans support background checks for gun sales, including 89% of Republicans.  It’s almost like the politicians in D.C. are beholden to a certain gun organization due to their large donations, and are putting that over the lives of Americans?!

Background checks are a crucial step in regulating gun laws in order to prevent the mass shootings that are currently devastating our nation on a regular basis. Like any legal market, the sale of guns should have restrictions and rules so that they don’t end up in the wrong hands. Background checks are a huge part of making sure people meet all requirements for legally owning a gun. We have seen time and time again how mass shootings are the result of an extremely troubled person having easy access to a gun, despite the fact that there were signs that this person would turn to violence.

Which leads me to another proposed gun law…

These laws would allow police or family members to petition a state court to order the temporary removal of firearms from a person who may present a danger to others or themselves. This is supported by some Republicans and seems to be their alternative choice to universal background checks. Seems like tedious and unnecessary work that could be avoided by simply having universal background checks, but go off. Like, why should this responsibility lie in the hands of family members and police? Seems like a lot could go overlooked…

Anyway, let’s hop flaccid-face Mitch McConnell finds the time in his busy schedule of sending thoughts & prayers to actually do his job and put these proposed gun laws to a vote on the Senate floor.