As a Bravo fan, I am no stranger to Bravolebrities occasionally fucking up. We’re all human, we all make mistakes, and in order for us to grow, we have to take accountability and want to do better. But what happens when there is a lack of accountability? When there’s silence from not only those who said the offensive remarks, but an overall lack of acknowledgment from those who employ said people? There seems to be a growing number of ignorant and offensive remarks being made across all Bravo shows, without any type of acknowledgement or condemnation from the network, and it’s a problem.

Last week on Below Deck, Chief Stew Heather Chase was caught on camera repeating the N-word in front of Black castmate Rayna Lindsey. Chase, a white woman, apologized via Instagram, stating that she was “remorseful” and that she has now learned that her words and actions can affect others. Here’s my issue with this whole thing. Not only was the apology lackluster, not only was it months after the show was taped, but the network has refused to speak on the incident at all. This is the same network that immediately issued an apology after Kenya Moore wore a Native American costume during a Halloween party on RHOA, the same network that issued out statements that they do not condone violence during the whole RHOP Monique and Candiace fiasco, and most importantly, this is the same network that created content amplifying anti-racist practices in June 2020.

Unfortunately, this is not an isolated incident. Mary Cosby of RHOSLC has made several ignorant remarks this season as well. She compared Mexican people to “people that make drugs” and said she appreciated fellow Housewife Jennie Nguyen’s “slanted eyes” and commented on her skin tone. Nothing but silence from the network, the same network that put out a rather apathetic statement in support of AAPI people in the wake of the ignorant comments Kameron Westcott and her family made about Dr. Tiffany Moon.

Ramona Singer of RHONY fame has spewed out offensive rhetoric over the years of her stint on the show, from stating during a Shabbat dinner on season 13 of RHONY that “Jewish people did not like her” and turning a conversation about medical racism toward Black women into a conversation about her, and her comments online saying “All Lives Matter” during the height of the BLM movement. Yet again, there was silence from the network. What was more concerning was the fact that there was not a reunion for RHONY where Ramona could be held accountable for her behavior. Instead, she was allowed to be on Real Housewives Ultimate Girls Trip and did press for the show as well. Was the network protecting her? Was there no reunion so that Ramona would be able to promote RHUGT? These aren’t just questions that I have, but questions other Bravo fans have too.

The message of accountability should be clear, concise, and apply to everyone. When Stassi, Kristen, Max, and Brett were fired last year, it seemed like a zero-tolerance policy of past racially insensitive remarks was enacted at the network. But there hasn’t seemed to be anything like that since, and there have been a number of racist incidents since then. If you don’t want to fire people for their remarks, then that’s fine. But, public accountability is what can eradicate most of these issues. Letting your viewers know that you understand why they might be offended and how you chose to move forward is key to creating a safe space for viewers. And it shouldn’t take a reunion special for these issues to be addressed. Waiting until a reunion is filmed to speak on these issues leads to viewers feeling more confused and angry about where you stand as a corporation about these incidents.

When you let the ignorance manifest and don’t speak on it, it sends the message you truly do not care. I wonder if the network regretted the firings of the VPR cast members and instead of keeping that same energy for others who commit the same wrongdoings, they are choosing to stay silent and “feel out the waters” to see how viewers react to these incidents. That’s a bad call. If Bravo continues to be silent all of their previous anti-racist work will come across as extremely performative. Let’s do better, Bravo. 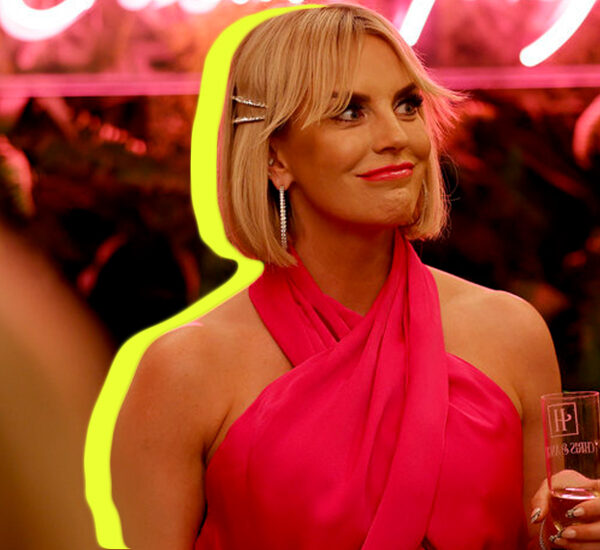 ‘RHOSLC’ Needs A Shake-Up & Here’s Who Should Disengage

Mention It All Mug

Mention It All Hat

Bari and Dylan start today’s show by discussing the very exciting Summer House couple news. Next, they recap the latest episode of RHOC, where Heather and Noella officially decide to not be friends. Later, they recap Miami, and debate Guerdy’s decision not to immediately tell Alexia that her wed...