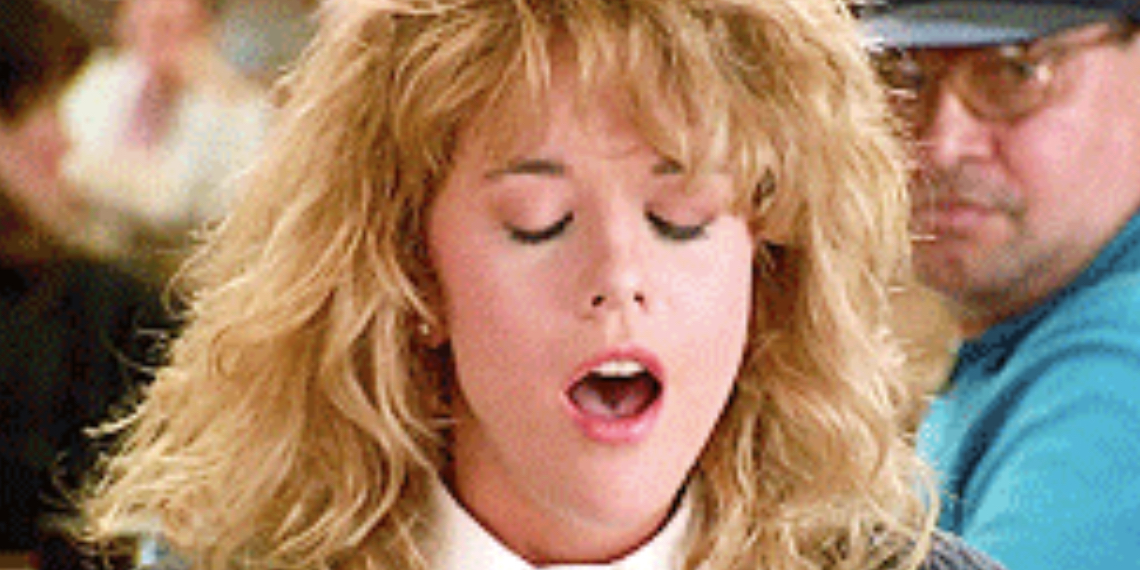 I had my first orgasm when I was 28, at least a decade later than I would have liked. I was blissfully unaware of orgasms as an adolescent, but when I got to college, suddenly it felt like people were coming left and right. I was like, “Hey guys, wait up!”

When I had my first sexual experiences in college, whenever someone would try to touch my vagina, I would say, “Whoa, why are you trying to kill a good time?” and instinctively shoo them away. I slowly realized that I was not comfortable with anything going anywhere near my vagina. I went to the gynecologist, and it turned out I had something called vaginismus, a condition that causes your vaginal muscles to spasm upon penetration. When she diagnosed me, I thought, “Well, this checks out!”

Eventually, I was starting to get really frustrated so I began a serious “take-action” phase. I wanted to come, and I became increasingly pissed that I hadn’t. I was ready to drop some serious dollars to experience this abstract, apparently transcendent sensation. As the saying goes, “There’s no such thing as a free orgasm.” I’m here to confirm that: coming ended up costing me nearly $2,000. I present to you: an itemized receipt for my first orgasm.

I’m 24, in a relationship, and starting to get frustrated. I storm back into Good Vibrations, grab one off the shelf that a different friend swears by (“YOU NEED THE JIMMYJANE”), and buy it without hesitation. Also, apparently a $149 purchase earns you three frequent buyer cards worth of stamps, which took the cashier 5 minutes to fill out. I take it home and… wow! I feel a lot of sensations! But they are not an orgasm!

I’m 25 and extremely frustrated. I decide to start seeing a sex therapist, thinking she would put me on the how-to-orgasm fast track. Instead, she wants to unpack my fantasies, which I really didn’t want to share. She helped me realize that I had a lot of shame about my fantasies because they didn’t feel feminist to me. Turns out being a feminist submissive can be a real mindf*ck. Still no orgasm, but I learned that the problem was with both my body and mind. Score!
*It would have been more expensive, but I was still on my parents’ insurance

I’m 28, desperate, and there’s only one thing left to do. Say it with me: write a comedy show. I wrote all of my frustration into a show called Molly Brenner Is Not Coming. I think part of me believed that writing the show would help me come. If I put my struggle out into the world, I MUST come, right? I never read The Secret, but I think that’s the idea. Well, I didn’t come. But as I began performing the show, it got me talking to a lot more women about how I hadn’t come, and…

In total, I spent $1,786 on my first orgasm. Was it a worthwhile investment? Yes and no. On one hand, it makes me really angry that coming was just so hard—and expensive. I know that not everyone is able to spend that much on coming, and I hope no one else does. On the other hand, I believe that every step along the way was part of my orgasm fairytale. If I hadn’t reached the peak of frustration, I wouldn’t have written my show, then I wouldn’t have talked to the woman who told me to try weed, and then I wouldn’t have accepted the weed mint when it was offered to me. A traditional fairytale.

Funds have fully vested and amortization is on schedule. Unrelated, but I know nothing about finance. Who cares, though, because now I perform a show called I’m Coming—and this one has a happy ending.

Molly Brenner is a comedian who has performed at UCB, the PIT, Q.E.D., and other venues. Her show, I’m Coming, runs February 21-24 at the Tank Theater in NYC. Tickets and info available here.

"I'm Coming" is about Molly's first orgasm... which she experienced at the tender age of 28. Her show is an intimate, sex and body-positive take on female pleasure (with a happy ending!), in which she chronicles how an ongoing medical condition led her to believe that pleasurable sex was simply not possible. Molly's frank discussion of her own sexual pratfalls and victories is smart, hilarious, and relatable as all hell. Molly previously performed this show in October, and also performed a version of the show “Molly Brenner Is Not Coming,” at the Out of Bounds Comedy Festival in Austin. Based in Brooklyn, Molly is also the creator of the web series "Human Resources," and has performed standup at UCB, the PIT, Q.E.D, among others. She performs a monthly with BoogieManja Sketch Comedy, as well as at the Physically Bold Comedy Show.