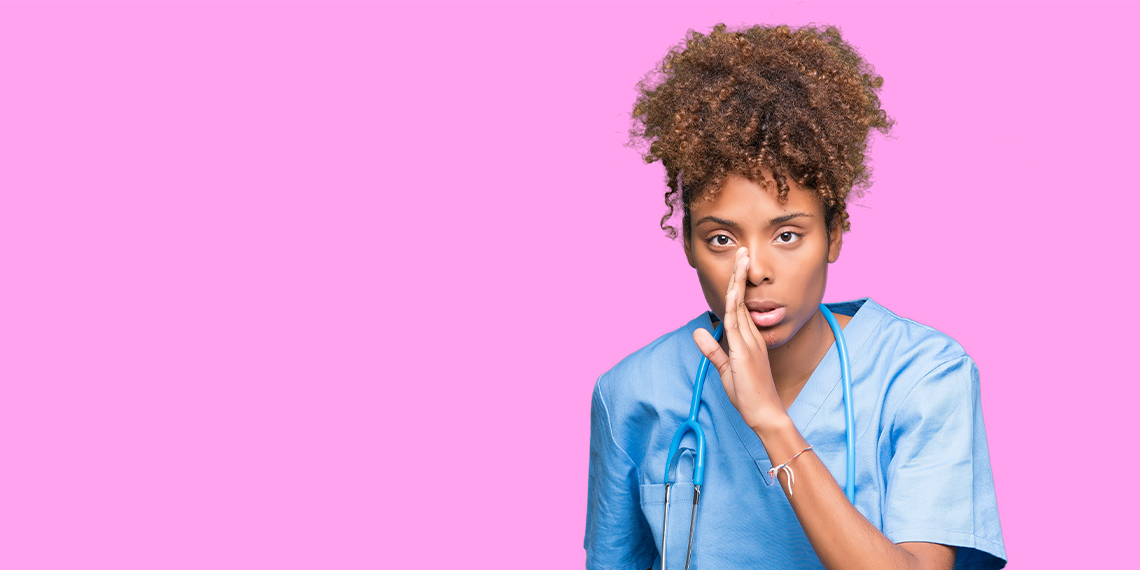 This week we learned an estimated 5.4 million American workers lost their health insurance between February and May this year. That’s more people than have lost health coverage as a result of job loss in America…. Ever.

I’ve literally never needed a reason to shit on the American health care system. However, between a global pandemic and recession spiking unemployment and the recent Supreme Court decision saying that companies aren’t required to cover birth control, now seems like as good a time as any to roast employer-based health care.

Imagine you get two similar job offers with the same salary, but one offers you the puppy of your dreams as an added bonus. You’d honestly prefer more money, but you wanted a puppy anyway and neither gig can offer you a higher salary. So you take the job with the dream puppy.

A few years later, you’re ready for a new job. But here’s thing: you have to leave your dog at the old job. Every time you leave a job, you have to give up your beloved pet and inherit a new one at the next job, which might not be the best fit or you, or work well with your family, or be a breed accepted by your landlord, or you might just not like it as much (all puppies are technically perfect, but that’s beyond the point).

The point is: Why would something so personal and important be tied to where you happen to work? Welcome to the insanity of employer-based health insurance in the United States.

The hype around corporate health care plans started back during World War II. With increasing military enrollment, both companies and the government began to realize that there was a massive labor shortage. As a result, FDR passed an executive order in 1942 freezing wages so that employers weren’t outspending each other to compete for employees.

The executive order did nothing to solve the labor shortage, so companies began competing with one another with benefits and incentives – like health insurance – instead. After 1942, employer-based insurance got more and more popular, reaching its peak in the ’80s. Today, about half of Americans get health insurance coverage through their jobs.

Once an obscure, unpopular concept, employer-based insurance became normalized and cemented into our national health care systems. At face value, it might seem like a pretty good idea. Employer-based companies give companies a way to recruit and retain workers, and in return employees earn coverage.

If you’re shaking your head and thinking that the employer-based system isn’t that bad, you’re forgetting that we’re talking about the American health care system. Everything is horrible, and nothing makes sense. There’s, like, six main arguments against employer-based insurance.

Employer-based insurance is tied to, you guessed it, your employer. This not only means that people are more likely to stay in jobs that aren’t the right fit for them or are actively detrimental to their professional goals or mental health, but that losing your job could have consequences for your health.

Since insurance plans cover dependents in addition to employees, when someone loses their job, their families often lose both financial security and health insurance coverage.

Please just, like, sit with how fucked up this is, especially during a global pandemic and recession.

Hobby Lobby is a craft store best known for being homophobic and misogynist. Notably, Hobby Lobby refused to comply with rules surrounding the Patient Protection and Affordable Care Act and provide coverage for contraceptives.

As the Supreme Court recently ruled, employers are not required to provide coverage for birth control if they have religious or moral objections. People are entitled to make whatever decision they want in terms of birth control, but I don’t really need someone else making decisions about what I do with my body, especially if that person is my boss.

If the goal of employer-based coverage is to provide workers competitive benefits that result in retention and improve worker productivity, birth control should be at the top of the list. However, many companies that refuse to cover contraceptives also don’t offer competitive parental leave programs.

Wait, so these plans aren’t in employees’ best interests and are just about controlling women? Who woulda guessed?

More often than not, brokers and insurance companies sell coverage to employers, not to the employees (aka the people who are supposed to benefit from the coverage). We know that most of the systems in our country operate like this, with individuals making decisions that don’t affect them and with the vulnerable populations in question being left out of the room. When health care is on the line, this type of decision making is especially problematic.

Often, employees may view their employer-based insurance as a gift or little bonus on top of their paychecks. When you consider that most developed nations provide universal health care coverage to residents, that’s kind of like being pleasantly surprised that a boy texts me in the middle of the day to ask if I want to get drinks that week instead of just booty calling me at 2 am. While I should expect the first thing, our current system tells me that anything more than a “u up?” text is like a reward.

In reality, employer-based healthcare often ends up coming out of what employees could be taking home in their paychecks otherwise. This is one of the iffy-er arguments against employer-based insurance but is still worth considering.

Like many aspects of American life, the employer-based health care system that we have today is not only wholly arbitrary but was designed as a way to get out of federal rules and regulations.

So What Do You Suggest?

These are only some issues with employer-based health insurance, but all of the problems have something in common: In this country, we are conditioned to view health care and insurance the same way that I view guys who show me basic levels of respect, like a luxury rather than a basic human right.

Most people agree that our current healthcare system is broken in a number of ways, but people can’t really agree on what we should be doing instead. Currently, about half the country gets health insurance from their employer. The rest largely access insurance through public programs like Medicare and Medicaid, purchase plans through the Obamacare exchanges, buy expensive private plans for their families, or cannot afford coverage and risk medical debt should get injured or sick.

One alternative to our current system, the Healthy American’s Act, was proposed in 2007. Basically, this program would rely on taxes collected from workers that get fed back into the government to pay for insurance plans and all people would get the same tax deductions on their insurance. At the same time, employers would be required to increase wages to offset the new, individual costs of insurance. The main problem with this is that the unemployed still end up with less access to health insurance than those with jobs.

Of course, Medicare for All is another option. When it comes to Medicare for All, most of us just assume that those who support it all support Bernie’s plan – however, there are actually a lot of different proposals for how it would work.

Most proposals that move the country to a single-payer system have some things like comprehensive benefits, lifetime enrollment, and the elimination of premiums in common. However, there are disagreements as to whether Medicare for All means completely disbanding all private insurance.

Most Medicare for All proposals mean that we pay a similar (or smaller amount) of money into a pot that would give more people access to health care than the amount who currently have insurance. Medicare for All also means lower overall health care economic costs, since the government would be able to regulate and negotiate the unreasonably high prices of certain medicines and treatment.

Even if more of your tax dollars go towards keeping people in this country healthy and alive, I think we can all agree that’s a better, more humane solution than forcing people to go into debt if they don’t have insurance, stay in unsatisfying jobs so they don’t lose coverage, or make difficult decisions about courses of treatment based on financial considerations.

Besides, there’s literally no option for fixing our current health care system that doesn’t have serious flaws, but what we have right now simply isn’t working for most people.