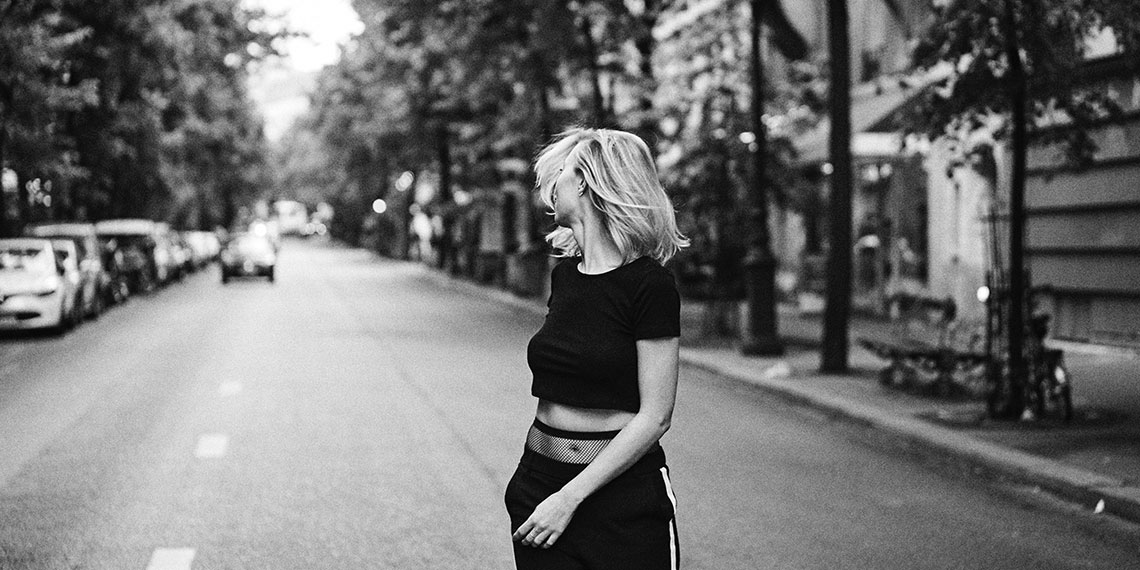 Why Being A Slut Is An Important Part Of My Identity

The first time someone called me a slut (that I know of) was at a bonfire party in high school, and she said it right to my face. Rude, but go off, Elizabeth (I never forget a name). I had just hooked up with two guys in one night (damn, I’m good), so technically she was right, but only in the way that I think the word to mean now. When she walked up to me and sneered, “slut,” it was clearly meant as an insult. And when I stood there and let the word slap me across the face, I did what I would do every time I got slut shamed for the next decade or so: pretended to brush it off, but deep down feel the sharp sting of being called something “dirty.” For years, I fought in vain to not feel hurt when I got labeled as a slut, but I spent so much time focusing on what this categorization of me meant to other people, and not what it meant to me. Once I realized that being a slut was something I could do for me, not for other people, the power these slut-shamers had over me fell from their hands and into my own. Being a whore is a journey, and I’d like to take you on mine.

I attended high school from 2006 to 2010, so slut shaming was still very much alive and well—dare I say, thriving. Those are the years I began my slut-journey, as I hooked up with randos left and right, and soon became labeled as the kind of girl you “hit it and quit it” with, but not the girl you ask to the homecoming dance and then date on and off until graduation.

On the one hand, it’s great that I felt I had the right to bone whoever I wanted, and on the other hand it f*cking sucks that doing so made people think of me as some sort of sexual object that didn’t deserve love and affection. I knew what people thought of me, and I took the pain it caused me, shoved it deep, deep down, and then pretended like I had replaced it with pride and a fun ‘n flirty “I don’t give a f*ck” attitude. Guys didn’t want to date me? Good! Boys are gross pigs. I’ll beat them at their own game and just use them for sex too.

But here’s the problem with that: I was the one being called a stupid whore for sleeping around, not the boys I was doing it with. They got to walk around like kings, confirming my reputation over high-fives and then deciding who was worthy of dating them. Meanwhile, I fought internal battles over whether or not I deserved love because I couldn’t seem to keep my legs closed.

So, why did I keep sleeping around if it led to me feeling hurt and belittled? Lots to unpack there, babe, but I’ll give the short version. For one, I was aware of how unfair the double standard was when it came to me being labeled a slut for doing things guys got popularity points for. And that made me angry, so I reacted by defying my role as a girl who cares about the labels that were being unfairly assigned. But it was complicated, because in the end these boys did hold a power over me. They were the gatekeepers after all, and as much as I hated to admit it, I wanted them to like me. And the only worth I had been told I had was my sexuality. So I gave it to them, often hoping that would appreciate my “cool, fun chick who doesn’t care” persona and deem me “not like the other girls.”

In short, I wanted to show that I could play the game too, but was in denial of the fact that I was simply playing by the boys’ rules and feeling helpless/useless because I was never the one that got to call the shots. This all led to years of me acting as a slut for other people, mainly men. Being proud of my sluttiness became a defense mechanism I presented to other people, not something to hold onto for myself. But once I realized being a slut for me was an option, things began to change.

As I grew older, I discovered that my pleasure mattered. It seems obvious, but for me—and I think a lot of women—this concept takes a while to really sink in. It also helped that I started having actual good sex, masturbating more, and stopped putting up with men’s bullsh*t. Did you know if a guy is being a f*ckboy you can just walk away? Incredible. And all of these things brought me pleasure, whether it was sexual, emotional, mental, etc. I began to focus on other things that made me feel good: dressing up and feeling sexy, exploring my sexuality, forming my own opinions and saying them loud and proud, and not backing down when people tried to silence me. Slowly but surely, the word slut stopped being something I let people apply to me so I could act accordingly, and became something I decided for myself.

The last time someone called me a slut to my face was when a man I had previously been involved with asked me to go home with him. I said no, I didn’t want to, and he responded by calling me a slut. This was a turning point for me. His “accusation” made no sense. I was being called a slut for not sleeping with him, when supposedly this word was given to someone who sleeps around. But here’s the thing: he was using this word because he was angry that I wasn’t doing what he wanted me to do with my sexuality. That’s what a slut really is: a woman in control of herself. He proved that the term is meaningless when applied to me negatively by someone else, because this thing that he was mad at—me doing what I want, not what some man wants me to—was something I could actually be proud of. Hell yeah I’m a slut, but not in the way he wanted me to feel like one.

Being a slut means embracing your power and doing what brings you pleasure, even when people tell you you don’t have the right. Viva la slut!