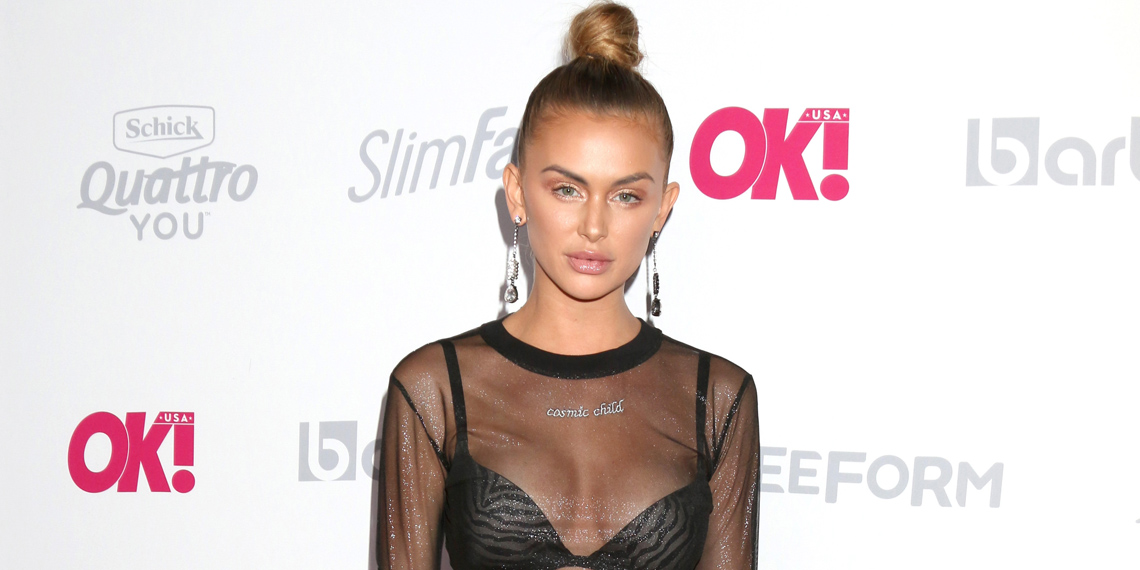 Why 50 Cent Is Going After Lala Kent & Randall Emmett Again

I have aged approximately 56 years since the original #FoftyGate, when 50 Cent posted on Instagram one Friday in April about how Lala Kent’s fiancé, Randall Emmett, owed him a million dollars. 50 (Fifty? Fitty? Fif?) demanded Randall pay him back the money he was owed by Monday, which spawned the phrase “Money by Monday”, which was silk screened onto T-shirts and used as hashtags across the nation. Vanderpump Rules fans and 50 Cent followers alike spent the entire weekend waiting to see if Randall would pay back the money by Monday (spoiler alert: he did, or at least, 50 claimed he did). It was a glorious weekend, and I’m pleased to report that it’s one that is repeating itself, as 50 Cent has once again taken aim at Lala and Randall—although, this time, it doesn’t have anything to do with money, or Randall, and everything to do with Lala.

Foftygate 2.0 started on Friday, when Lala Kent appeared on Watch What Happens Live! and a caller asked about Lala’s relationship with Fifty after Randall paid him back. Lala started by saying she listened to “In da Club” on her birthday, and then she revealed, “I think I really dinged Fofty’s ego. In fact, I know that because I have the receipt to prove that, that I would never post because I ain’t that girl.” She followed that up by saying, “I ain’t beefing unless I’m getting paid on Vanderpump, yo.”

If you’ll recall, Lala, who is from Utah, has previously said that the spirit of Tupac Shakur inhabits her body (because he doesn’t have anything better to do in the afterlife), and she is apparently still clinging to this narrative. On WWHL, she also went on to jokingly compare her beef with Fifty to the infamous Tupac and Biggie feud of the 90s.

Fofty found out pretty much right away and was not happy about this. He first shared a screenshot of a Hollywood Life writeup of Lala’s interview, writing in the caption, “What’s wrong with this hoe… now don’t say she didn’t ask for it when I started tripping.”

What’s wrong with this hoe, ? now don’t say she didn’t ask for it when I start tripping. #lecheminduroi #bransoncognac

Then he immediately followed that up with a screenshot from an UsWeekly article in which Lala revealed that she hit rock bottom on a trip to Disney World with Randall and his daughters, confessing that she was drunk for four days straight. I feel like I remember Lala talking about this on Vanderpump Rules (or maybe all her rock bottom stories just bleed together, I don’t know), but yikes. She was drunk for four days in front of his daughters? At Disney World, presumably on rides? That’s a big ol’ yikes.

?oh this bitch be drunk 4 days straight. She must just be on some drunk hoe, I don’t remember type shit. ? #lecheminduroi #bransoncognac

Still, though, as much as I live for pettiness, it’s f*cked up for Fofty to make fun of Lala’s drinking issues when she has publicly been pretty open about the fact that she has a problem.

Then, he posted another picture, of Lala and Randall in bed together, with the caption, “Randell: I’m sorry Fofty this bitch is drunk and high. I told her put that damn phone down she don’t listen.?50:Shut the fuck up Randell.?”

Randell: I’m sorry Fofty this bitch is drunk and high. I told her put that damn phone down she don’t listen.?50:Shut the fuck up Randell.? #lecheminduroi #bransoncognac

So 50 has graduated from posting text screenshots to just recapping them in the captions? That’s what I’m guessing he means by this. Is he claiming that Lala is drinking and on drugs again? This is all a lot, and I am frankly upset that Fofty hasn’t given us the full picture here. Also, it’s hilarious to me that these guys are supposedly friends, and yet Fifty still can’t be bothered to spell Randall’s name right.

He followed that up with a photo of Lala and Randall in which Lala looks like she just came back from a fresh fillers appointment, and Randall looks like his typical mix of confused and serious.

The fuck is wrong with your neck buck O ?#lecheminduroi #bransoncognac

I mean, yeah whatever Randall has some loose neck skin, but cut the guy a break. He’s like, 50 years old.

THENNN things started to get really good. Fofty posted a couple videos of Lala discussing, on camera, how she and Randall met. In case you didn’t have to watch the clip 32 times throughout last season of Vanderpump Rules, the gist is basically a #MeToo nightmare: Randall saw Lala working, sent his assistant to ask if she was an actress, got her an audition, had sex with her that night, and gave her the part and a Range Rover the next day.

?‍♂️Then he falls in LOVE with the hoe, and they live drunk and high happily ever after. #lecheminduroi #bransoncognac

At this point, I really don’t know what Fofty is getting at with this. It seems like he’s trying to shame Lala for something that she has been very open and shameless about in the first place, so I feel like it’s not going to work. Also, should Lala really be shamed for this, or should we be shaming Randall, who kind of used his power as a producer to sleep with an aspiring actress and reward her with a part in a movie? Just because they’re getting married doesn’t make it any less sketch.

It’s also not clear what 50 wants out of this situation—unlike last time, we don’t have a clean-cut #MoneyByMonday deadline. Maybe he wants an apology? For Lala to take back what she said? I have a feeling Lala is going to walk these statements back real quick, because for all her talk about “popping” people who challenge her, at the end of the day, she talks a big game but can’t back it up.