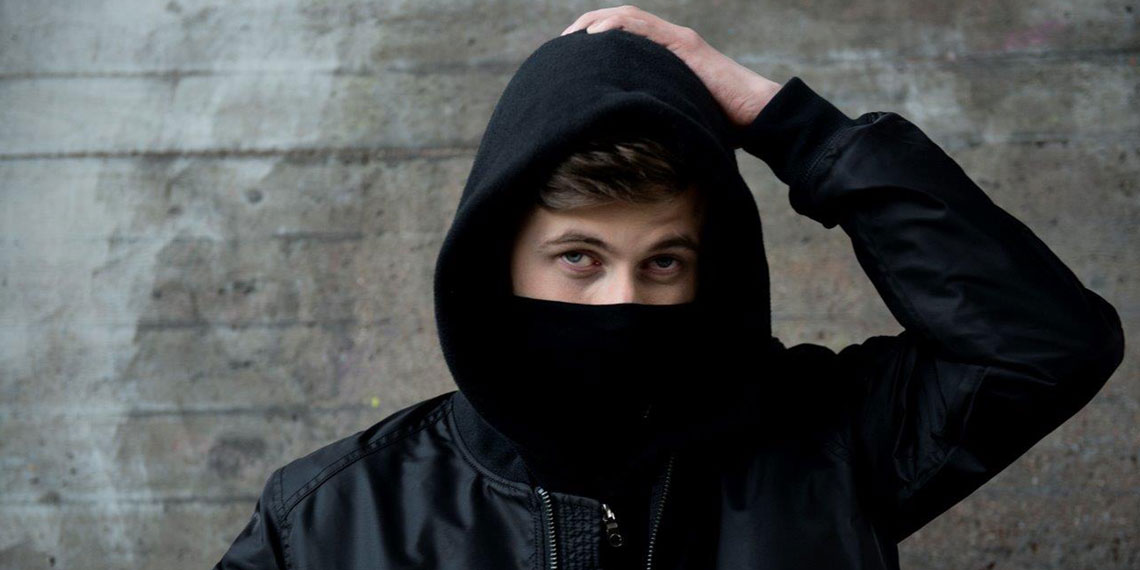 Who’s Behind The Mask And Hoodie? Get To Know Alan Walker

You probably know Alan Walker from his 2015 banger “Faded”, but the Norwegian-British DJ has been far from a one-hit wonder. This year, Walker became the number one YouTuber in Norway with 15 million subscribers. He also just turned 21, so like, he can have a drink now I guess. He’s way more famous than me even though I’m six years older than him… it’s fine, I’m fine. We sat down with Alan after his Electric Zoo 2018 performance to hear about turning 21, his musical inspirations and who “Alan Walker” really is.

I feel like in America 21st birthday is a huge deal but for you it’s probably not.
Well, for here, I think the biggest deal is that you can finally drink. And, in Norway, we can do that since we were 18, so. But, it’s cool knowing that I can play at the casino, I won’t get thrown out.

Some casinos are 18, some, not all…are you a big gambler?
No, no but when I went to play, they let me in when the show starts, but they kick you out when you’re done with the show.

So, we really enjoyed your set, we loved the Pirates of the Caribbean. So I read that you are a fan of Hans Zimmer, so what’s your favorite movie score of his?
Time.

How do you feel about John Williams, cause I’m more of a John William’s fan to be honest
Well I think that like, I’ve got a bunch of his music in my playlist as well. He also did Jurassic Park. He’s a classic.

I felt like your songs, the lyrics are kind of dark, but the melody is upbeat—so what’s that like when you’re creating these two things that are sort of opposite?
Well, I always like to produce melancholic songs and sometimes even though the lyrics can be dark it doesn’t really matter. If the lyrics are just dark, you don’t necessarily have to make something that sounds as dark as the lyrics. And if you can make something that sounds happier, then it changes the whole vibe of the song. For example, a dark sound could make it sound very dark. And it sounds very happy now when it comes to the drop, so that’s kind of like the highlight of the song, to make it more positive.

And how involved are you in the visuals?
For my songs, usually music videos, we really have one guy that’s been directing every music video that we’re doing like I don’t know, the last four or five music videos we put out. Then, it’s going to have like a red line that’s like, a life story that goes through all the music videos, which I feel like is kind of important so it’s not completely random. At the end of the day, it’ll be more like you’re watching a TV series but it’s music videos.

Ifeel like you as a person, you’re a little bit of an enigma. I actually really want to know what your day-to-day life is like.
By enigma do you mean like a machine?

Like, you’re a mystery. Like, ‘we know about his music but what is he like?’ Like on your social media you post about your songs, you don’t Tweet out your thoughts and your jokes and stuff.
You don’t necessarily have to front yourself. Like, I want to front Alan Walker the artist, not necessarily myself. I think I’m able to do that, so it’s different, it’s unique; it’s different from what everyone else is doing and that’s why I’m attracting so many people to come like find out and be like who really is that guy?

How do you think Alan Walker the person differs from the artist?
Alan Walker as a person does not like to be on stage. When I used to go to school, I hated being on stage. I was like the guy who got so shaken up, holding a piece of paper and super nervous. It’s very different when you’re there to come out and play, because you’re prepared to speak to and play music and I don’t have to speak to them too much. I just say like, “one two one two three drop” and then the crowd is happy.

So what do you do before you get on stage to calm yourself down?
Now it’s become a habit. I’ve been touring for the past three years now, so I’m like, never nervous anymore. So, it was only at the very beginning, the fear of being in front of a huge crowd and knowing that everyone is looking at you. It’s weird, but at the same time, you overcome it. It’s kind of like you start to let it be a job and you get used to it.

I do feel like even though you are super famous, you’re also sort of a regular guy. You’re really into gaming, I know nothing about gaming, all I know is Fortnite, do you play that?
Of course!

Who do you surround yourself with when you’re out on tour?
My best friends, my tour manager, my crew.

So tell us about the mask.
My mask is there because, it’s not necessarily because I want to hide myself, it’s more to show a symbol of community and that anyone can be a Walker. It’s just a hoodie and a mask, so hoodie and the mask are actually inspired by Mr. Robot’s. Anonymous, like on the video game “Watch Dogs”.

I was going to say that the mask and the hoodie make you a little more recognizable because you’re always with it.
Like, I can go around without and people wouldn’t recognize me. It’s pretty fun. Like last year at Tomorrowland and this year at Tomorrowland as well, I just went around the crowd. But like last year there were so many of my friends there in the same weekend as I played and we just went into the crowd, had a good time. I was actually in the crowd, in the middle of everything at the main stage just with my friends having a good time. It was so fun.

Do you keep in touch with your friends when you’re on tour a lot?
Yeah, I keep up with them on Snapchat and talk to them on Facebook and sometimes Facetime them. It’s kind of like, just letting them know I’m still there.

And what’s that like for them to have a friend that’s like this huge name?
Oh, I don’t know. Like my closest friends don’t really care.

What is your favorite song you’ve produced?
I would say “Fade”, the one before “Faded”.

I also feel like a lot of your songs are really personal, is there one that’s particularly personal to you or is that also Fade?
Well, “Fade” is pretty personal because I was sixteen, pulling it together putting emotion into it.

I sense a lot of love motifs, is that accurate?
Uh, maybe.