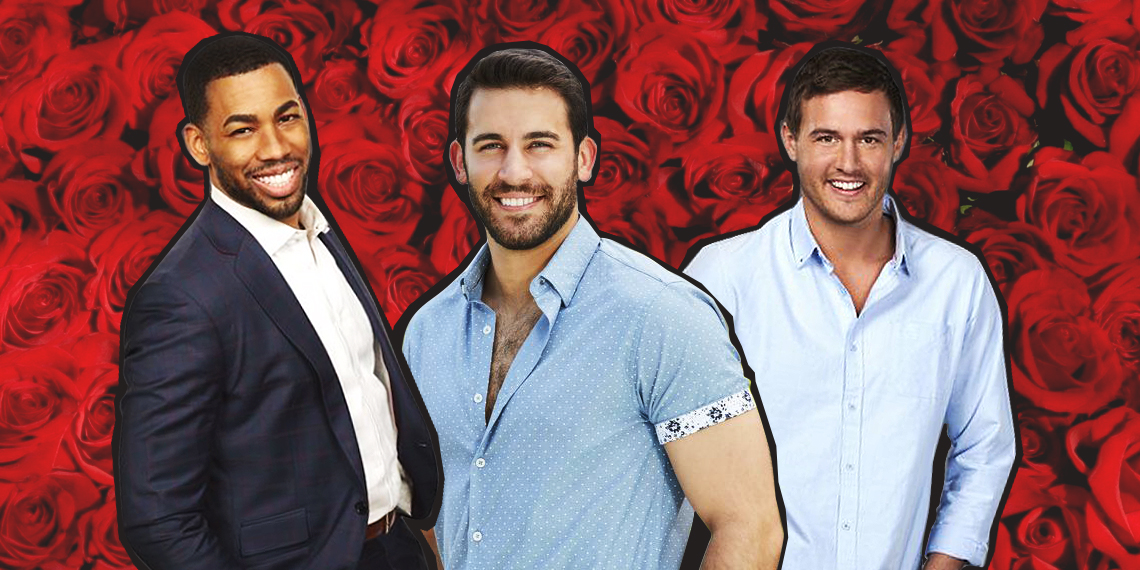 Who Will Be The Next Bachelor? Our Predictions

Coming out of a week where the Amazon rainforest is being burned to the ground and the President of the United States of America is declaring himself a prophet, it’s nice to know there’s one constant in the vicious downward spiral that is daily life in 2019: the Bachelor.

Worrying about the future of the planet and life as we know it? Exhausting. Sad. Terrible.

Worrying about the future of the next Bachelor? Fun! Exciting! A blatant but necessary distraction from the impending apocalypse!

We’re about halfway through the latest season of Bachelor in Paradise, and believe me when I say *incredibly Chris Harrison voice* it’s been the most dramatic season yet. Demi Burnett has blessed us with our first openly queer relationship of the franchise. John Paul Jones has blessed us with his hair. Chad Johnson has blessed us with a series of Twitter rants, one that explicitly mention how bad we here at Betches are at our jobs. In short, it’s been a good run.

But as one head of the Bachelor Hydra dies, it is immediately replaced by another, hungrier for our attention than the last. Rumors are already swirling as to who the next Bachelor will be, and we’re here to break down the contenders for you. I am holding three pictures in my hands, but only one can be the next Bachelor. Will it be Mike Johnson, Pilot Pete, or Derek Peth? Only time and a heavy handed producer-influenced edit of Bachelor in Paradise will tell. You wanna be on top?

Trying to decide between Derek, Mike, and Peter for the next bachelor. #BachelorinParadise pic.twitter.com/0ARZQlLx2c

Charismatic, humble, and well-liked amongst his fellow Hannah B. Bachelorette contestants, Mike was looking like Bachelor Nation’s pick up until this week when Derek Peth swooped in with and stole our hearts with never-before-seen levels of empathy in the face of getting dumped by a woman on national television for… another woman. Yes, men, the bar is in fact that low. (JK Derek we love you). But even amidst Derek’s PR win of the century, Mike still has some strong supporters in his corner. In the end we all know it will come down to whichever option lines Mike Fleiss’ bed with more money, but let’s pretend that we have a say.

Me trying to
explain to my
non Bachelorette
friends that I
would literally pay
to watch Mike as
the bachelor. My friends #TheBachelorette  #bachelornation pic.twitter.com/mHIGUi706N

Listen, I love Derek. Derek is KILLIN it in Paradise. And any other time I would be totally be on the Derek for Bachelor train. BUT MIKE! WE NEED MIKE FOR BACHELOR #MikeForBachelor #BachelorInParadise pic.twitter.com/KxXawWOaLw

Pilot Pete is a nice guy. Full stop. He’s kind. He’s genuine. He’s wholesome. He’s a pilot. What more is there to say?

Pete came out of Hannah B.’s season of The Bachelorette in a prime position to take on his roles as the next Bachelor. By steering clear of most of the Luke P. drama, he made it through relatively unscathed, making a graceful exit after hometowns, but not before his family got the chance to assure all of us that he has been “unlucky in love”—an easy transition to a role created solely to find love.

This man was primed to be Ben Higgins 2.0, but I have to ask: After two relatively lackluster seasons of The Bachelor, is that what we need?  I would argue it isn’t. In 2020, a year that will be more of a dumpster fire than we could even imagine, we won’t be turning to the fantastical world of The Bachelor for the safe choice. We want drama. We want intrigue. We want someone who will make us forget it’s an election year.

I just don’t think Derek needs to be the next #TheBachelor I think he is a jam up human being, but I’ve seen enough of him. #PilotPete for The bachelor!

Me thinks Pilot Pete is going to be the bachelor and I'm less than impressed to potentially have a another 27 year old vanilla lead. #BachelorInParadise

I waited until the end of this writeup to tell you that Derek Peth is going to be the next Bachelor because that’s dramatic storytelling, baby. This is less of an opinion and more of an undisputed fact based on my many years of following The Bachelor and a basic understanding of pop culture politics in this, the year 2019.

ABC loves a redemption. Bringing Derek back to Paradise after his failed engagement to Taylor Nolan was already an indicator that he was in the running to become the next Bachelor. But after his performance this week as “sensitive and emotionally mature man who played the unlucky role in a bisexual love triangle,” there is literally no chance he doesn’t get chosen. He has the support of America, his fellow Bachelor franchise cohorts, and anyone who is remotely attracted to John Krasinski.

Barring any catastrophic events during the remainder of his stay in Paradise, Derek’s contract is effectively signed. I predict he’ll make a swift yet graceful, self-imposed exit, and then waltz his way straight to ABC’s offices for his check.

Derek Peth on Demi: "I can’t put myself in her shoes. Truth be told, I can’t understand the level of bravery and courage that it took to say to me."

#derekforbachelor Appreciation video for my roommate on the @BacheloretteABC. My bourbon drinking buddy. My bestie from the TV world and honestly the one of the best guys I’ve ever met. We don’t deserve @pethderek. pic.twitter.com/okvToP6nbJ

And here we have our next #TheBachelor Derek, who is level headed, emotionally intelligent, sensitive, sweet, and understanding. Raise your hand to cast your vote ??‍♀️ #BachelorInParadise

If John Krasinski & Liam Hemsworth had a child it would be Derek Peth from bachelor in paradise? pic.twitter.com/Iz38Ne9DNS

Me calling the producers to make sure Derek gets a happy ending after all of this this too#BachelorInParadise pic.twitter.com/oJCbeqEp7V